Rare Egyptian vulture spotted - is it the same one that was in Donegal during the summer? 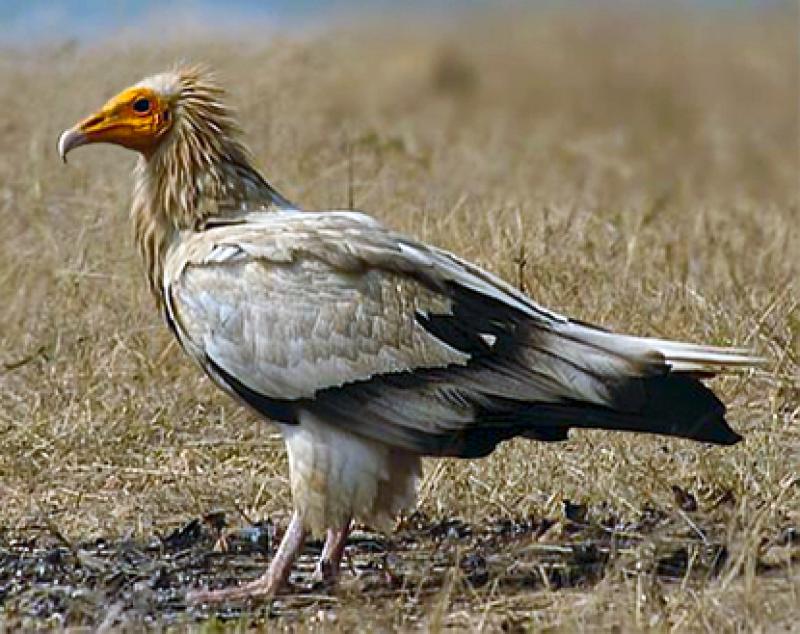 It is not clear whether an Egyptian vulture, which was sighted in Co. Roscommon on New Year’s Eve, is the same bird that was seen in Donegal and Co. Down last July.

In July, the rare bird was seen for what was thought to be the first time ever in Ireland, near Dunfanaghy.

It subsequently emerged that  someone else had seen the bird five days previously in Co. Down.

The latest sighting was reported by Owen Murphy, a warden for the National Parks and Wildlife Service, who saw the bird above Lough Ree in Co. Roscommon.

According to a statement from the Department of Housing, Local Government and Heritage, it cannot be confirmed if the bird in Roscommon was the same as the one seen in Donegal.

The statement, issued to the Irish Mail on Sunday, added: “The Egyptian vulture has made a stir in Irish birdwatching circles with a number of people travelling from many parts of Ireland to see it and many more arranging to travel.”

There was also a report of a sighting of the bird off the Isles of Scilly, off the south-west coast of England last year.

The Egyptian vulture has been endangered since 2007 and is in decline. It is the only long-distance migratory vulture worldwide.

It can often be found from the Iberian Peninsula and from North Africa to India.

The bird’s underwing pattern and wedge-shaped tail make it distinctive in flight as it soars in thermals during warmer parts of the day.

Last summer, life-long birdwatcher Seamus McKendry, reported a sighting of bird in Co. Down. At the time he told the Belfast Telegraph: “It has to be the same one in Donegal with the chances of finding two of them in the one lifetime. That would be pushing it a wee bit.”

This youtube report has more details on the Donegal sighting: