Young cub was initially spotted on beach in Mountcharles 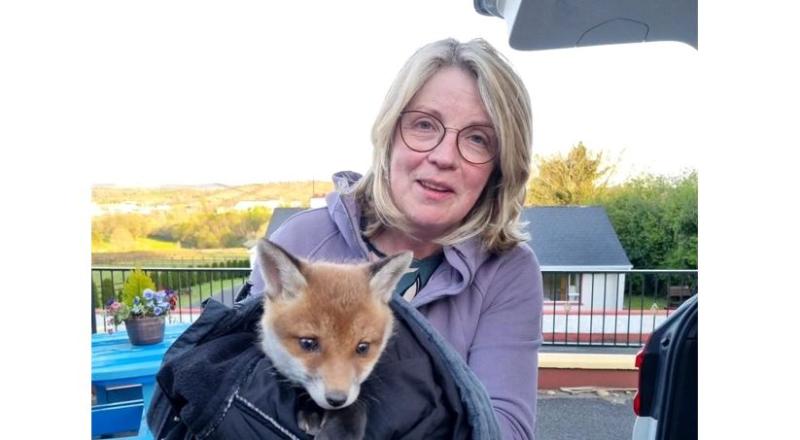 Mary Coughlan with the cub

Members of the public were almost outfoxed at the weekend, when a lost cub gave them the runaround.

The fox cub was first spotted by a local lady by Mountcharles Beach on Sunday morning, crying and alone, but when the finder returned to catch it, the fox had disappeared.

Luckily, later that evening local man Mickey McLoughlin was on hand to help when the fox cub resurfaced and together with former Tánaiste Mary Coughlan managed to catch the cub and bring her to Animals In Need (AIN).

The fox had been alone all day and by the time she arrived at AIN was very dull and dehydrated. However, the cub eagerly tucked into a bottle of puppy milk after which she livened up.

The cub was later transferred to an experienced wildlife rehabilitator at Dooletter Wildlife Rescue, near Enniskillen, where after a comfortable night sleeping off a full belly of food, she woke up refreshed and keen to show she has a lot to say for herself.