Kevin Callaghan is putting the finishing touches to his new studio

After spending more than 20 years honing his skills and developing as an artist, Barnesmore native Kevin Callaghan has returned to Donegal Town.

He is putting the finishing touches to his new studio in Donegal Craft Village where he will without doubt be a fantastic addition to this vibrant community of artists. 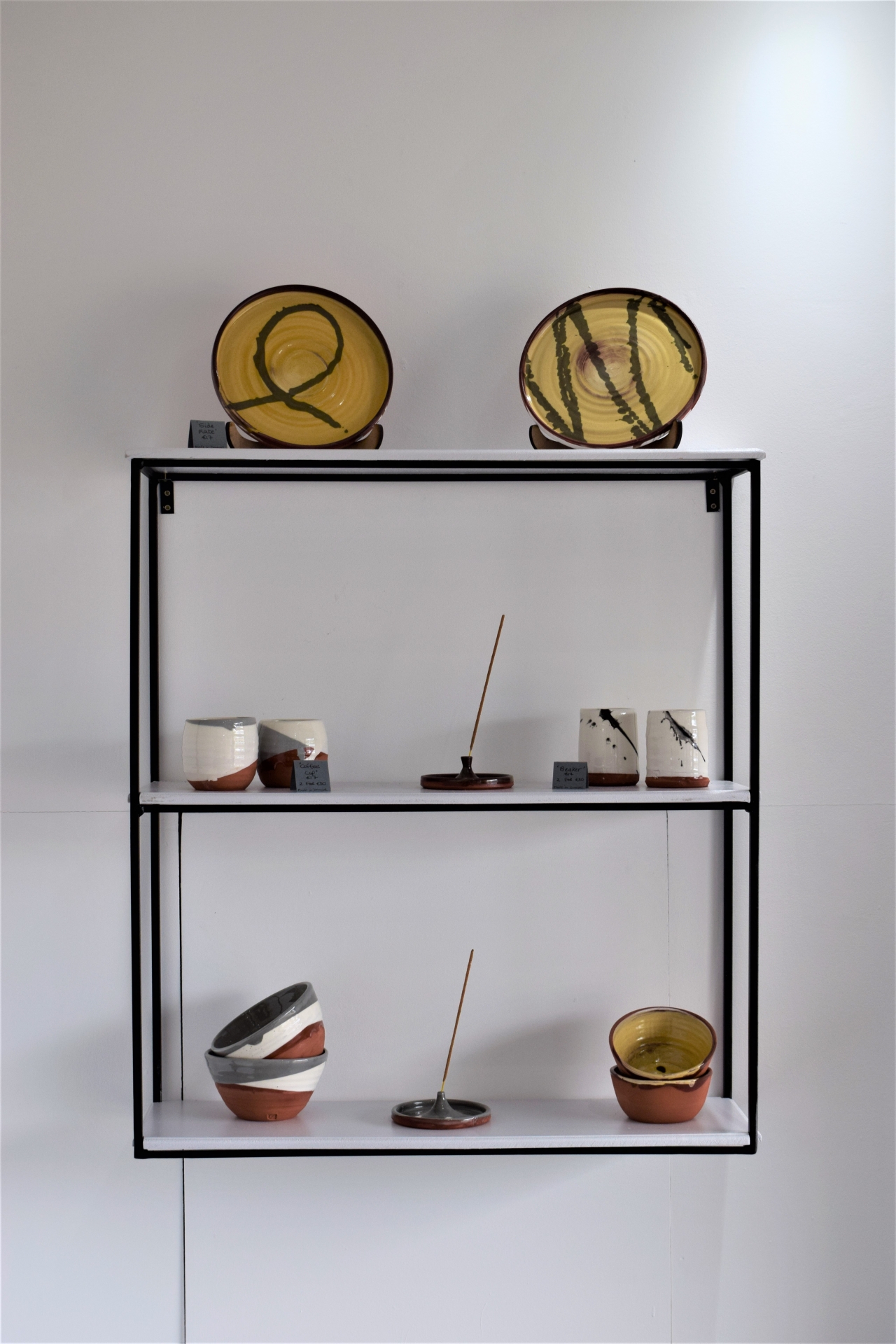 Kevin will open his studio and shop to the public this Thursday, June 2 at 11am, with Mayor of Donegal Town Pauric Kennedy performing the official opening at 6.30pm.

He had until recently been based in Glasgow, and was one of three Scotland-based artists commissioned to produce a piece of public art as part of a Sky Arts series that aired last year.

Kevin feels that the time is right to bring his journey full circle, coming back to Donegal as an established potter and sculptor.

“I turned 40 recently,” he said. “I’ve been away for 20 years and it felt like the right time to come back.

“I was kind of fed up travelling over the city of Glasgow to work in the studio. I wanted to be able to get up in the morning, have a coffee and start work.”

Since moving home, Kevin has been converting an outhouse at his family home in Barnesmore.

The opportunity to take a unit at Donegal Craft Village came at a very good time for him.

“I jumped at it because I wanted to get back making some pottery,” said Kevin. 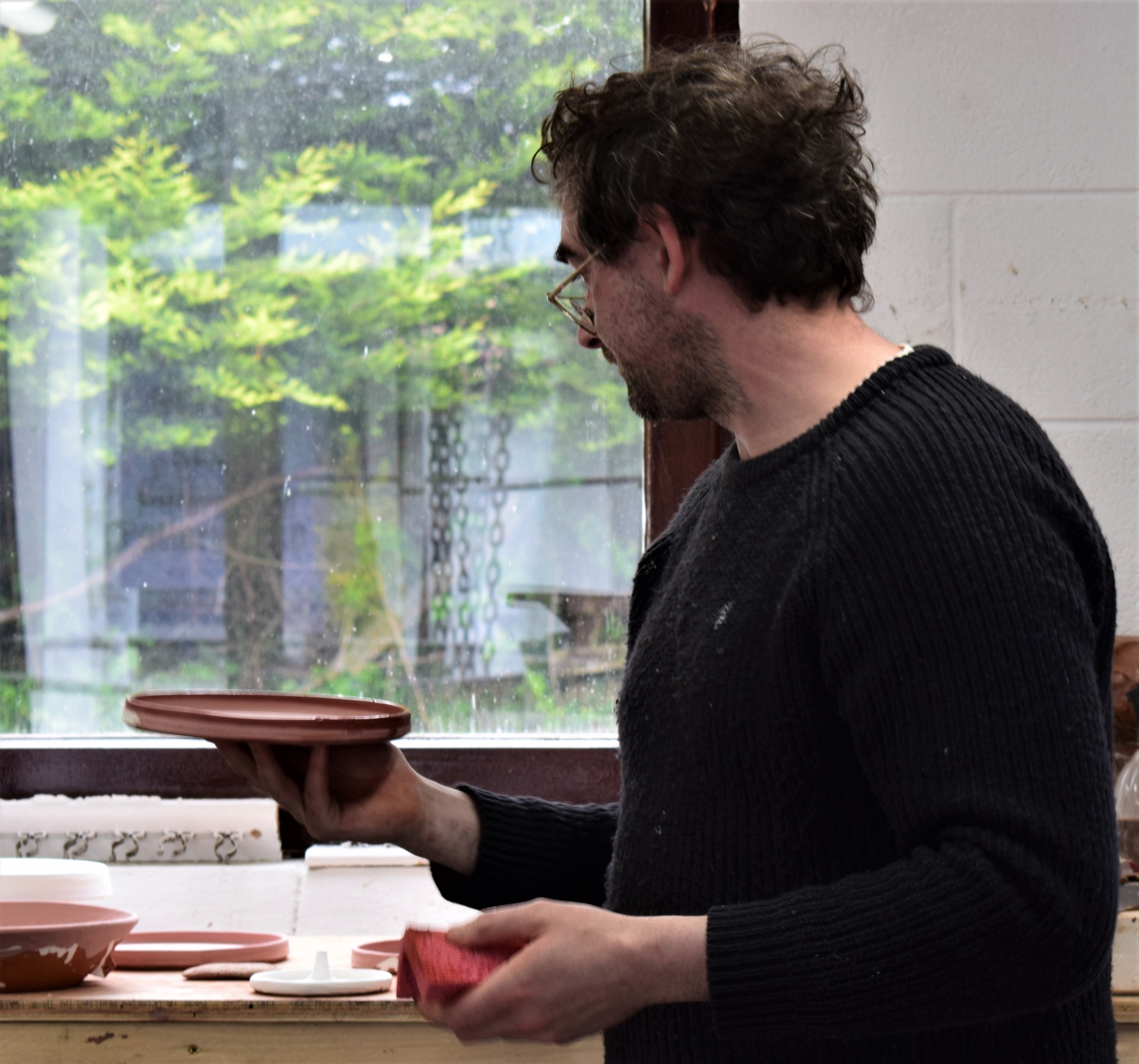 “It just made sense. I used to hang out here quite a bit with [sculptor] Brendan McGloin when I was younger.

“There isn’t anybody else around here making pottery so I am looking forward to bringing that to the Craft Village.”

Kevin feels the Craft Village has a lot to offer, not just to visitors but to local people.

“It is really great, what we have here,” he said. “There is a lot happening. I would love to see local people coming out and seeing what is here.”

His own range is very reasonably priced, and would be a beautiful addition to any home.

The items would also make great gifts, and people are invited to make up their own gift box.

Kevin also plans to make candles from beeswax, and will be continuing his Condie range of geometric wall sculptures.

And once the dust settles on his new studio opening, he may consider doing pottery classes.

Everyone is welcome to come along to the studio opening.

“People can come at any time during the day, or they can come out after their dinner,” he said.

Kevin’s personal journey could provide comfort and inspiration to young people who may be feeling overwhelmed by the upcoming Leaving Cert. Despite his talent and passion for art, Kevin failed the subject in his Leaving Cert and wasn’t diagnosed with dyslexia until he was 21.

He had prepared a piece of work in wax for his Leaving Cert, only to be told that it couldn’t be submitted. His commitment to follow his passion led him to forge his own path, starting with a two-year Art and Design course in Derry.

He then spent six months travelling in Asia, attending Coláiste Stiofáin Naofa in Cork for a year on his return. This was followed by a two-year course in the Crawford College of Art and Design.

Kevin continued his education with the Design and Crafts Council of Ireland in Kilkenny, and went on to complete an MA at the Royal College of Art in London in 2013.

He spent several years in the UK capital before moving to Glasgow where he became firmly established nationally and internationally.

Shows and exhibits include Dublin Castle, The London Art Fair and the Saatchi Gallery with Cynthia Corbett and the Young Masters Art Prize, the Victoria and Albert Museum ‘What is Luxury’ with Unknown Fields Division and Toby Smith.

Other shows include GLOBALE: Infosphere”ZKM Museum, Karlsruhe, Germany and Van Abbe-museum, Eindhoven. He was selected to represent Ireland in The Ceramic Context Biennale in Bornholm Art Museum in 2018

Kevin collaborated with Dublin architect Peter Carroll from A2 architects at The European Culture Centre in Venice May-Nov 2019. He had a solo show at Stallan-Brand gallery in Glasgow and in August 2021, Kevin completed a residency at The Irish Culture Centre in Paris.

He was recently awarded a bursary by the Arts Council and Local Enterprise. 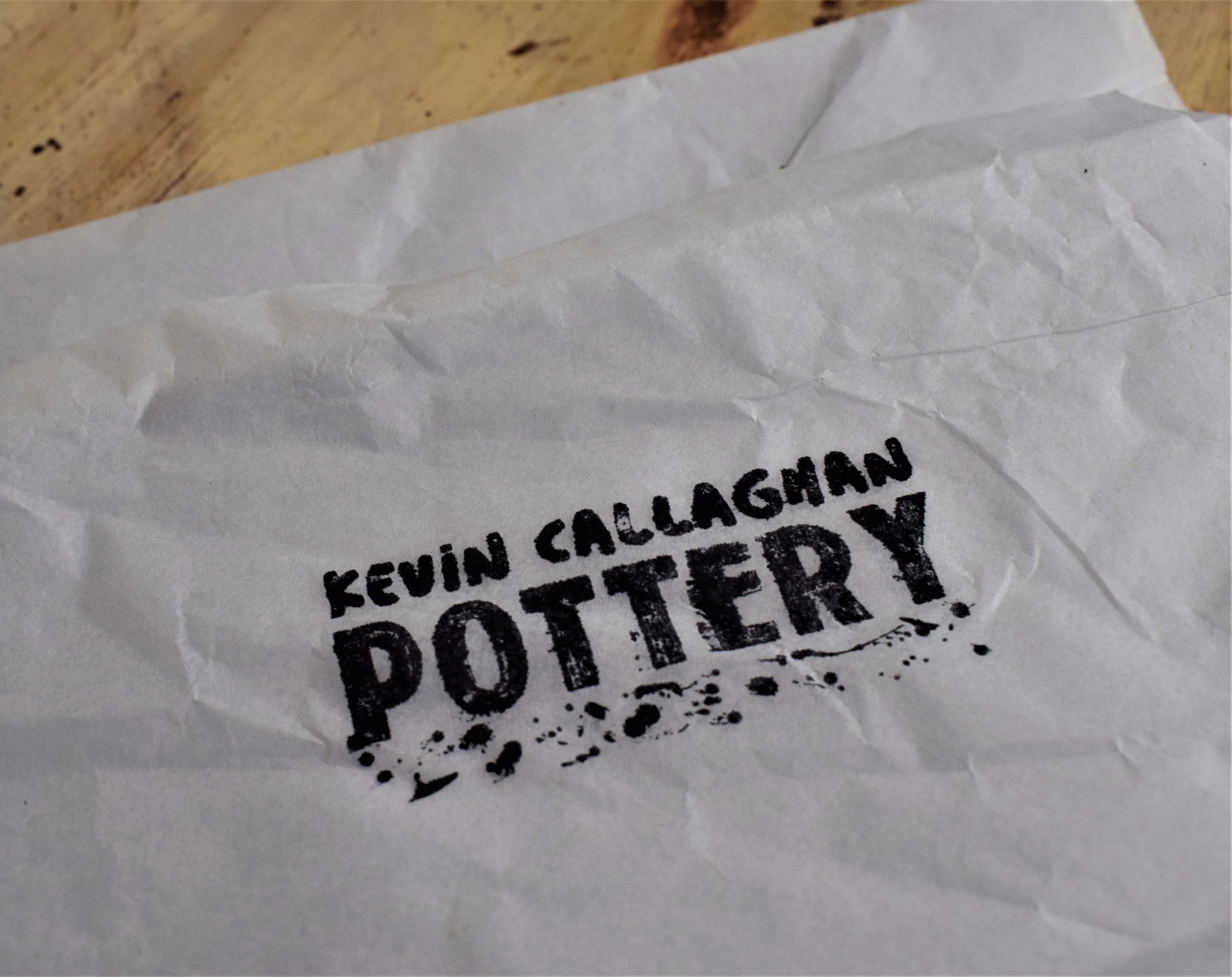 Or better still, call out to Donegal Craft Village and see for yourself.