Thousands expected to attend Orange parade in Rossnowlagh this Saturday 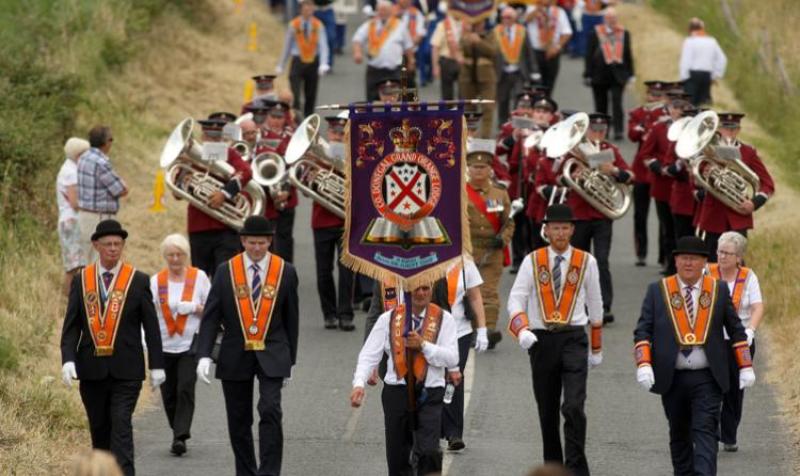 The annual Orange parade in Rossnowlagh this Saturday, which returns after a two-year absence due to Covid, is expected to attract thousands of people to the area.

It is expected that upwards of 40 lodges from Donegal, Cavan, Leitrim and Monaghan, as well as visiting Orangemen from Northern Ireland and further afield, will take part in the parade.

The county lecturer of the Donegal Grand Orange Lodge, Norman Henry, said the tradition of marching and meeting with friends was badly missed in the past two years.

“It’s nice to get back to more normal times,” he told the Democrat. “Hopefully the weather will be good. A lot of people have been asked if it is on.”

The annual gathering is renowned for its family-friendly atmosphere and minimal security presence.

The parade, which begins close to St. John’s Parish Church at 12.30 pm, and make its way along the narrow country road - which will be thronged with onlookers - to the demonstration field, on the edge of the shoreline.

Masks in certain settings need to come back immediately - INMO

A religious service, only yards from the rolling breakers of the Atlantic, will be held at 3pm. The service will be conducted by Rev. Brian Russell, Rector of Drumholm Parish.

A collection will be held on the day in aid of Orange charities. The return parade will leave the demonstration field at 4.45pm.

According to the Grand Orange Lodge the rolling hills around Rossnowlagh and the magnificent coastline “provide the backdrop to what must surely be the most scenic setting for any Twelfth parade.”

Up until 1981, the Rossnowlagh parade took place on the Twelfth, just like the parades in Northern Ireland.

But, partly because July 12th is not a Bank Holiday in the Republic, it was decided to bring forward the parade to the Saturday beforehand.

Certainly, the holding of the parade on a Saturday has boosted attendances.

Picture: Taking it easy in the sun after a previous parade in Rossnowlagh

Back in 1993, it was reported that there was an unprecedented attendance of 10,000, 20 times the number that had marched on the revival of the event in 1978.

Prior to that it had not been held for a number of years due to the Troubles. In the 1960s , the numbers rarely reached four figures.

In recent times, the Republic’s only Orange parade has become a tourist attraction - and is indeed quite a spectacle for those tourists who unintentionally stumble upon it.

It is also a boost to the local economy, with the influx of visitors, some of whom stay for the weekend.

Meanwhile, the annual Twelfth of July celebrations - which this year will mark the 332nd anniversary of the Battle of the Boyne - will see 18 major parades in Northern Ireland next Tuesday.

A number of Orange Lodges in Donegal will hold smaller feeder parades locally before heading to bigger ones in the North. 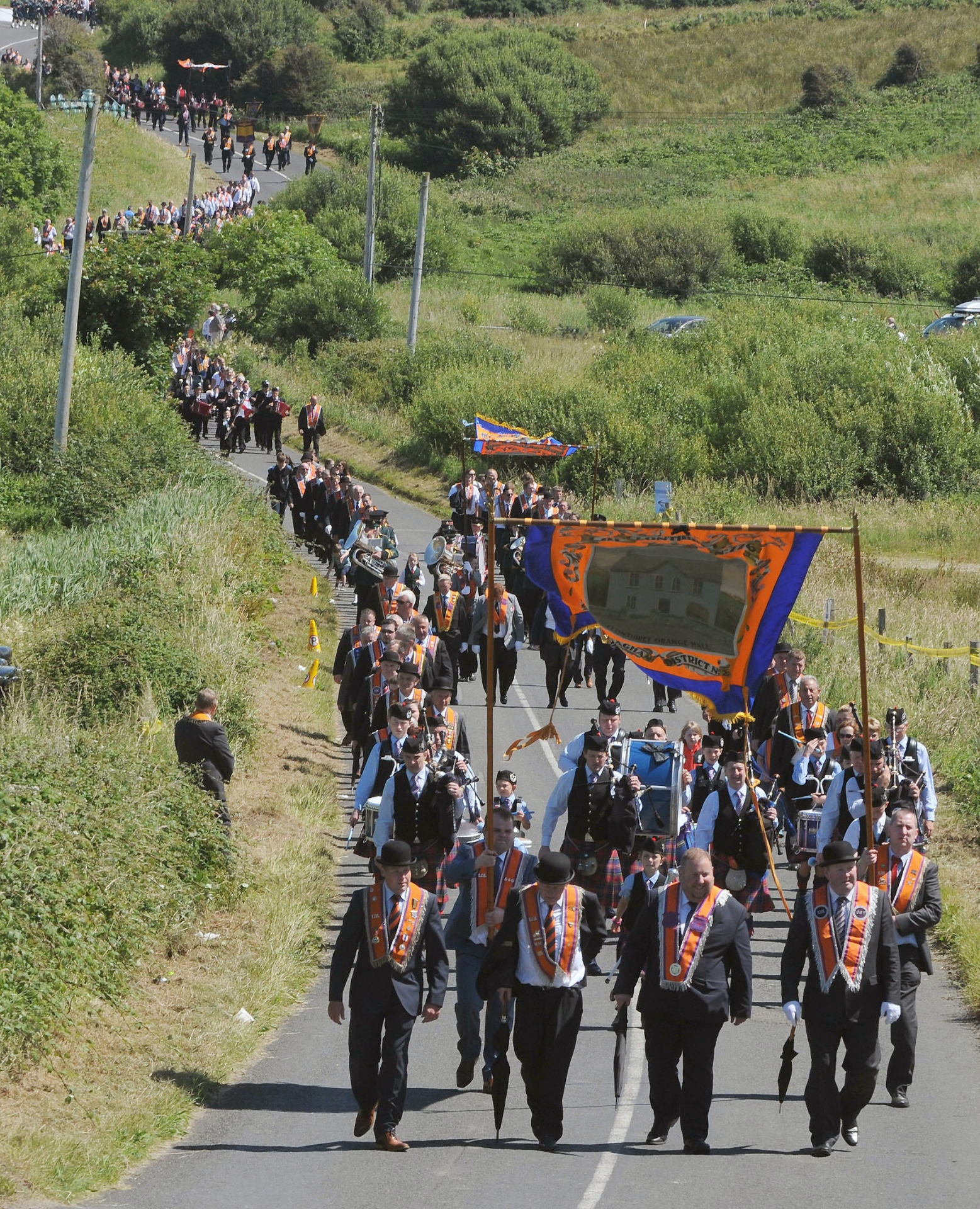 Orangemen on the procession along the narrow windy roads of Rossnowlagh

The Orange lodge has members in nine counties of the Republic with more than 40 Orange Lodges in Cavan, Donegal, Leitrim, Monaghan, Donegal and Wicklow.

According to the Grand Orange Lodge of Ireland, upwards of an estimated half-a-million people expected to participate or spectate across Northern Ireland.

The cities of Belfast, Armagh and Newry will each host large Twelfth of July parades, with the festivities in Armagh featuring in a live television broadcast by GB News.