‘Kick for Keegan’ - a special Donegal thank you to Temple Street 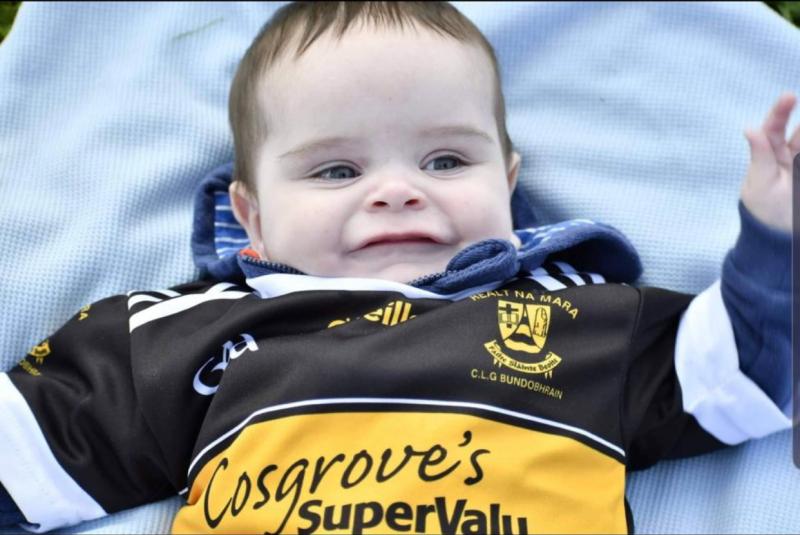 A special fundraising event for Temple Street Children's Hospital takes place this Saturday in Bundoran’s Gaelic Park, with a big match between the Donegal and Mayo GAA Masters teams.
‘Kick for Keegan’ is really a huge big thank you for the hospital who have cared for seven- month-old Keegan Moran from Dinglei Couch in Bundoran, who has been under the fantastic neurosurgeon team, from even before his birth.
His big sisters Paige and Robyn will also lead out a little ones game in advance of the big match around 12.15pm. The Masters game throws-in at 1pm.
Lots of special prizes will be on offer and a one off raffle of assorted goodies, will also take place later that evening at 9pm in Quay West, where hotel vacations, televisions and toy hampers will be joined by more unusual offerings including a lamb and a park bench. 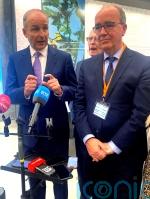 
After many trips to Galway and Dublin Keegan’s parents - mum Amy and Dad Kevin, who is from Swinford in Mayo - learned that Keegan had what is known as an Arachnoid cyst.
After multiple brain ultrasounds, MRI’s and trips to Dublin with the neurosurgeon team at Temple Street, they learned in June that baby Keegan had a cluster of six Arachnoid cysts which are causing a number of issues.
The cyst has grown and is now 6.6cm. Keegan will return to hospital in November and based on what materialises, a date for brain surgery will follow.
It may be left for a few months with more tests, but it is a condition that will need medical supervision for the rest of his life.

Philomema Granaghan, who is the maternal grandmother of baby Keegan, said that the whole family had been overwhelmed by the generosity of spirit of the people from the area and the support of the GAA.
She told the Democrat: “In the first instance we are so thankful for the wonderful neurosurgeon team at staff at Temple Street. Myself and Mark (her husband) were sitting down one evening thinking how could we thank these amazing people.
“So in consultation with the family and Amy's younger siblings, Casey, Aoibheann and Cody, we decided to do a fundraiser for them. Without these fundraising events Temple Street wouldn't have the equipment needed for not only Keegan, but other children who attend the hospital.”
They say that any donation no matter how big or small is appreciated beyond words at justgiving.ie, under Kick for Keegan, or purchasing a raffle ticket at the Saturday match or later at Quay West.
ADVERTISEMENT - CONTINUE READING BELOW