IT OCCURS TO ME: Recalling the day Dev and his Dodge limo came to Donegal 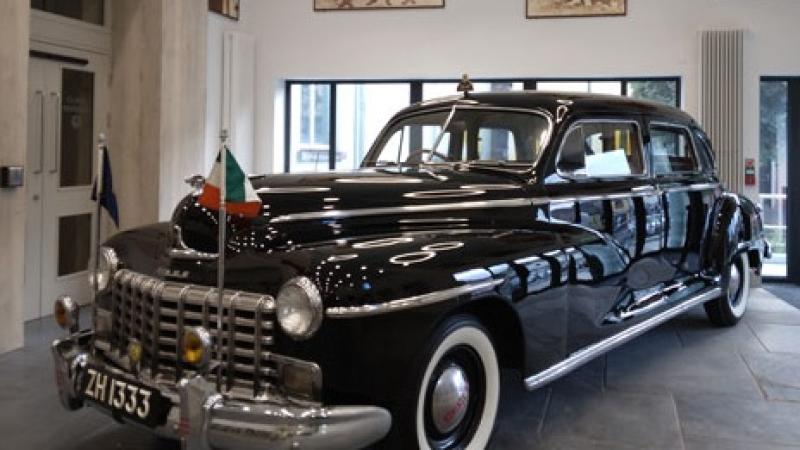 My favourite definition of democracy comes from a yarn that current political parties should pay heed to. Dev was very worried in the late 1950's that Fine Gael was making inroads in Donegal so he decided to visit us 'undercover' during the 1957 General election.
Although de Valera continued to use a Rolls Royce for State occasions while President of Ireland, he purchased a 1947 Dodge D24 limousine from Sean T O’Kelly, the outgoing President, and had it for personal use. Driving on roads that weren't in the best of shape in a limo wasn't exactly being inconspicuous, but he made the journey.
He was disappointed and alarmed to see hundreds of FG posters, and out of curiosity, said to his driver: “Head to Glencolmcille and when you see a peasant along the road, offer him a lift but don't tell him I'm in the back.” Dev then prompted him with questions to ask the local.
Outside of Carrick, the driver offered a man a lift to Cashel, and remembering his instructions, asked: “I see Fine Gael are busy up here, whose party do you think will win?” “Ah” says your man, “Dev will walk it...walk it!”
“How do you make that out?” responded the driver. The answer was lethal: "Ah sure, the poor got him in the last time...now there's twice as many of them!"

Strange how the death of a queen reminds one of our own quaint habits when it comes to protocol and pecking orders.
A friend from Ballymoney in County Antrim who could trace his Presbyterian ancestry back to the 1798 Rising, and who boasted that he was more radical than any latter-day Republican, loved to refer to the aristocracy as the ‘Arse O’Crockery’. He would not have been impressed with the completely over-the-top coverage of the Royal passing by the BBC, ITV and the newspapers. ‘Sycophantic dribble’, was how a friend described it last week.
Although we didn’t have a monarchy to curtsy to in Ireland, we most certainly have a pecking order of sorts. In the old days, most houses had a ‘good room’, where visiting relatives or the priest were entertained and ‘weans’ were strictly forbidden. I recall the pleasure of peeking into the said room and marvelling at the china teapot and cups, the curranty cake and, if they were really starving, a rake of tomatoes and sliced ham.
If the visitors were ‘Yanks’, there was added perspiration on the forehead of the stressed mammy.
A neighbour had his own take on the whole business: “Do you know how I know that the fussy wee new PP is due a visit?” he’d ask. “How?” says I. “Herself cuts the sandwiches into triangles and sends me to the shop for cucumbers!” says he, “and the last time I asked Micky the grocer for cucumbers, he asked me back: “Are they the long green yokes the quality are fond of?” For 'Quality', substitute 'Arse O'Crockery! 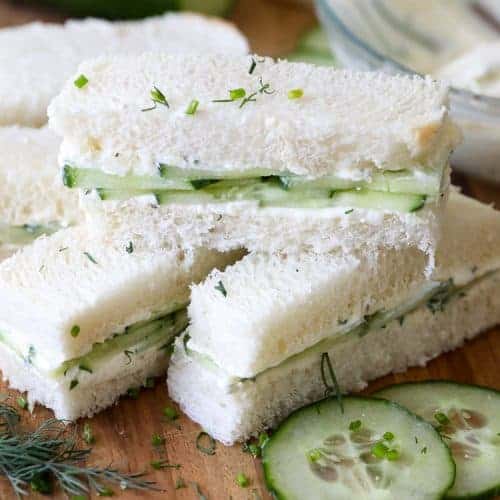 Now, although I grew up in Lord Leitrim country in north Donegal and knew my onions, I have no recollection of The Right Honourable Hedley Vickers Strutt or his gardener, Walter Long, chewing long green yokes on a daily basis. But perhaps the ‘arse o’crockery’ preferred to keep their salads to themselves. ‘Tae and thing’ was another peculiarity in some parts of the county, and if you were asked to a house for it, the ‘thing’ could turn out to be any of the aforementioned - curranty cake, ham or tomatoes (definitely not cucumber) - but occasionally, homemade brown bread and rhubarb jam might constitute the real ‘thing’.

IN-THROUGH
When we holidayed in Bogagh, Kilcar, most years, there was never a mention of ‘thing’ but the smell of baking bread from granny’s Stanley Range always ensured a lot of hovering or ‘juking’ around the kitchen door. Later on, when dad was transferred to Glencolmcille, and we moved en-masse to Bogagh, the range was changed to a Jubilee and our attentions switched from brown bread to the ‘craic’ in Carrick. And there was no shortage of it…the legendary Johnny Doherty played in Madge the Docs pub below ground, and that’s where I first heard a very young Dermot Byrne on the accordion. (The Johnny Doherty Festival is on this weekend in Ardara.)
The Glengesh Pass may seem insurmountable at times, but it has never been a barrier to the parishes at either end. Kilcar, Glen and Ardara have hundreds of years of shared history and familial commonality. That is why I always include the latter when I talk of ‘In Through’, that mystical kingdom beyond Killybegs and right into Malinbeg. During lockdown these past few years, I kept writing and was tempted to call these my ‘Covid Diaries’...but no, the word is too depressing. ‘In Through’ hits the mark. The great Ulster poet and BBC producer, WR (Bertie Rodgers) once began a poem:
"There is a through-otherness about Armagh/ Of tower and steeple,/ Up on the hill are the arguing graves of the kings/ And below are the people."
During lockdown, I had cause for much thought and contemplation…about who I am and where I’m from. Like many families of gardaí, whose dads are from other counties and sent here and there, we can be restless spirits. And so, the spiritual home is the Motherland, ‘In Through’.
To paraphrase Rodgers…
”There is an In-Throughness beyond Killybegs,
And it’s important we remember,
A proper cup of tae needs neither ‘Thing’
Nor long green yokes called cucumber!”

SAUCE FOR THE GOOSE?
I was struck by this headline in the Guardian last week…”Britain likes to consider itself the cradle of free speech – until someone heckles Prince Andrew.” The young man was arrested as were a number of anti-monarchy demonstrators.
I was reminded of the official opening of the Ebrington Centre in Derry in 2001, to which I received an invitation. I got particular satisfaction passing through a line of erstwhile colleagues with notebooks and cameras, one of whom clearly muttered good humouredly: “How did that big Donegal b….cks get in there?”. (That's another story!)
The opening was conducted by Queen Elizabeth and Prince Philip and I had the usual 20 seconds greetings with both. At some juncture, the late John Hume came hurriedly through the door (I think he was just off a plane from Brussels) and as he took his place, Prince Philip could be heard exclaiming: “Ah Hume, late as usual!” We all felt for John but despite the Royal heckle, Philip was not arrested!
The 18th century English agrarian radical and writer, Thomas Spence, summed it up best:
“The law locks up the man or woman
Who steals the goose from off the common,
But leaves the greater villain loose
Who steals the common from the goose!”