Reflecting on women and sport in the Finn Valley 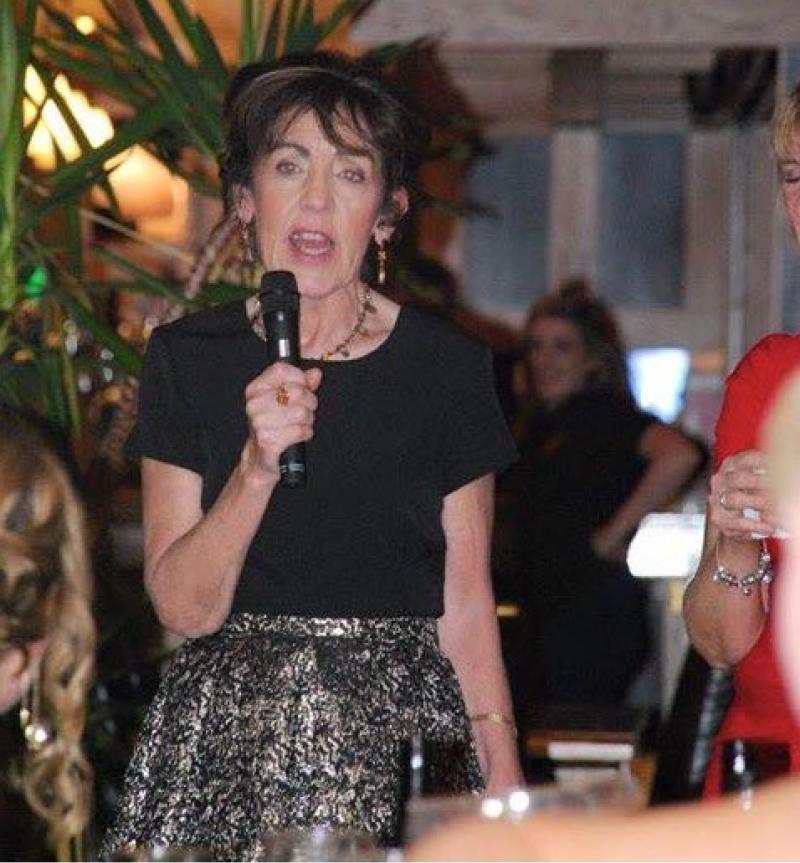 Women and sport and the positive impact of this on one’s emotional health and well-being are seen today as going hand in hand, but in the late 1960s there was a very difficult culture and perception. Mary Martin, whose love and passion of running and sport began in the fields near her childhood home in Glenfin, reflects on the changes she has seen for women in the Finn Valley area.

When Mary and her sister Margaret became involved with the Twin Town Harps (TTH), the first ladies soccer team in the Finn Valley area, Mary recalls her mother, Greta McCrudden, being told, “This is not a girls' sport. It will harm them for the years ahead; they’ll not be able to have babies."

Thankfully for the McCrudden sisters, Greta was a forward-thinking woman and encouraged the girls to "carry on"! Under the direction of Manager Eddie McNulty, Crossroads Killygordon TTH enjoyed travelling around the country competing in the Women’s National League, but for Mary, getting to play in Finn Harps Park was the highlight of those times.

After leaving school Mary gained employment in St. Joseph’s Hospital, Stranorlar and her passion for sport took a back seat as she fully embraced the social scene of being young and single. Mary laughs when she thinks back to those times and how smoking was seeing as being "so cool".

Life took a different focus when Mary met and married Neil Martin and had three beautiful daughters. It was an invite from Bridgeen Doherty, Letterkenny to run in the Dublin Mini Marathon that was to bring Mary back to running, and with this "the 20 fags a day" were dropped overnight!

As Mary names the different women who influenced her along the way she emphasises how important it is for women to encourage and support each other. “That ‘invite’ can be a vital link to staying connected; feeling good about yourself and being part of a community."

Rosaleen McGonagle of Finn Valley Athletics invited Mary to be part of the first ladies Finn Valley Veteran team, for those over 35. The team comprised 10 women, most married with families and most working. There was no questioning their passion or commitment as they met every Tuesday, Thursday, Saturday and - if not competing - every Sunday. From competing cross-country as a team or individually within different age groups, they went from success to success and in the 1990s they won the ultimate achievement, an All-Ireland gold medal.

At 44 years of age Mary met her probably biggest running challenge, rheumatoid arthritis. Medication and the care received from Manorhamilton has enabled Mary to keep running.

“After been diagnosed I cried with disappointment and frustration at not being able to run, and consider myself one of the lucky ones who, with medication, am still now able to run."

The veteran women, whose friendship is still strong to this day, rallied around and supported Mary, with Antoinette Coyle, neighbour and friend, pacing herself with Mary.

Five years ago Rosemary Bonner, Glenfin, asked Mary if she could help coach a number of young women in Glenfin. Now retired, Mary willingly agreed and before long the interest became so great they had relocated to Finn Valley Athletics Club. “It gives me great joy to see how these young girls developed and are now running all distances, including marathons.”

Last year Mary handed over the mantle to Brendan Patton, who is further developing the group to now include young men.

Mary’s number one supporter is her husband, Neil. They are both members of Finn Valley Athletics Club and their love and passion for sport after that of family has been a constant in both their lives. Neil is currently involved with the Irish Junior Team.

Outside of running, Mary names three great friends Breda Mc Namee, Eilish Carlin and Geraldine Martin, who meet every Monday night and have done so for over 12 years.