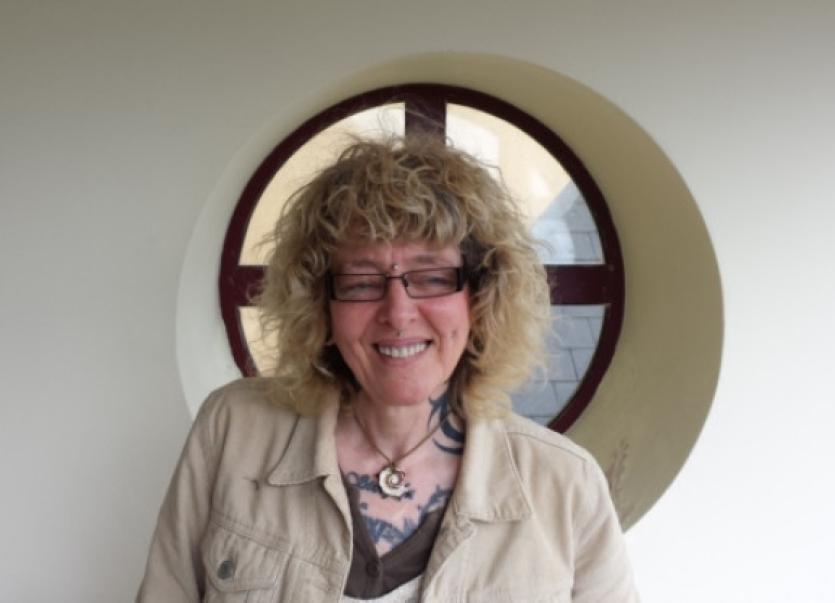 A Donegal woman who was raped and sexually abused from the age of seven until she was sixteen, has broken her silence.

A Donegal woman who was raped and sexually abused from the age of seven until she was sixteen, has broken her silence.

Arylene Murphy is telling her story to let others know just how much the Donegal Sexual Abuse and Rape Crisis Centre can help.

This is the first time that the Ballyshannon woman, who will be 50 next month, has ever spoken publicly about the sexual abuse she endured from the age of seven to the age of sixteen.

Not understanding what had happened to her, she, like so many others, turned to drink and drugs in an effort to escape her pain.

With tremendous support from her family, she went through rehabilitation, then trained as a counsellor. She’s now an outreach counsellor for Donegal Sexual Abuse and Rape Crisis Centre, covering the south and west Donegal areas.

She told the Democrat: “Like every story of child sexual abuse my story is horrific but what I want to say is NOT about horror......it is about HOPE.

“I want other survivors to know that they can live free from their abuse.

“The Donegal Sexual Abuse and Rape Crisis Centre gave me the chance to live the life I deserve and now value so much.”

Arylene was born and raised at East Rock. She attended Scoil Chaitriona and the Sacred Heart Convent. After working as a nanny in Cavan for a few years, she emigrated to London where she went into business, eventually owning a pub and running a cab firm.

All this time, however, she was struggling with a secret,

Arylene was first abused by a local man when she was just seven years old.

He raped her on the kitchen floor of her family home.

“I think I’ve blanked out the pain. The main thing I remember is the weight of his body on me. I couldn’t breathe,” she recalls.

The man warned her that, if her father found out, he would undoubtedly shoot and kill him, then go to prison for it, leaving her mother on her own to raise the family. So she kept the secret.

“I knew it was true. I knew that my father, like any father, would go to the ends of the earth to find this man and kill him.

“I was afraid of the consequences for my family and he made me think it would all be my responsibility, for choosing to speak out.”

Within the year, a woman, who was known to the man, also started to sexually abuse Arylene.

Over the next nine years, until she was sixteen, she was raped by several different people.

“I believe that people who sexually abuse children seek out the most vulnerable ones,” she says.

“It’s amazing to think what goes on, even in a place like south Donegal.”

Because of her fear, Arylene kept silent about the abuse until her father passed away.

She paid a price for her silence, though, and finally, it all came to a head.

“In 2004 I moved back home, to Donegal. I was 40 years old, back where I started in my home town, a failure with nothing to show for my life and I did not care whether I lived or died.

“My pain and my fear had become excruciating. My only comfort was drink and drugs. I drank to get drunk, to literally get out of my own head, to get away from myself.

“I had very few friends and almost totally isolated myself from my family.

“I was afraid that alcohol was going to kill me but I was more afraid of living without it. I was trapped.

“It was the only thing I thought I could control yet acknowledging my loss of control was my first step to regaining it and so I entered a treatment centre.

“I learned that alcohol and substance abuse disorders are a common coping strategy adopted by adults who were abused as children.

“I admitted I was using alcohol and drugs to distance myself from the pain I experienced as a child. I was terrified that once this crutch was removed I would not be able to cope with the pain.

“With amazing support from my family, especially my mother, who attended every single one of the family days, I completed the treatment programme.

“As the final day drew near, though, I was so scared. How was I going to be able to obliterate the memories in order to sleep and to forget the nightmares in order to wake? I was still trapped.”

Arylene’s addiction counsellor referred her to the Rape Crisis Centre.

“My addiction treatment had taught me that a major issue for me was, ‘disassociation’. Over my years of drinking and drugging, I had cut myself off from other people as well as from myself and my feelings. I found it impossible to trust anyone, especially with my feelings. Once I had stopped drinking and using, my only method of surviving was the way I had learned as a child – silence.

“My counsellor helped me learn that there was another way. Slowly but eventually I began to feel safe. I came to know that the abuse was not my fault but I still felt damaged and unlovable.

“Even when I told my counsellor what happened to me, I did not feel any of it. I was afraid to. I was afraid of letting it all go in case I lost control of it. I could not let go of my old defences.

“Learning to trust another person, my counsellor at the Donegal Sexual Abuse and Rape Crisis Centre, was the first step in my recovery. Her expertise, patience and support allowed me to do this. Creating a safe environment enabled me to accept my past and to recognise the feelings associated with it.

“This was very difficult at times and it was a long, slow journey. The centre, and especially my counsellor, invested eleven months in my recovery. I am no longer trapped. I am free.

“I want others to know of this life-saving service, so that they can avail of it. It’s vital for them to know that it’s not their fault and speaking to someone really can change your life.”

HELP IS AT HAND

Donegal Sexual Abuse and Rape Crisis Centre is a voluntary centre which offers counselling, support and advice to both male and female survivors of rape and sexual abuse in a confidential, safe and friendly environment.

The centre’s fully accredited counsellors and psychotherapists work with survivors at the centre and through an outreach programme at various locations throughout the county.

All services are provided FREE of charge. More information on www.donegalrapecrisis.ie