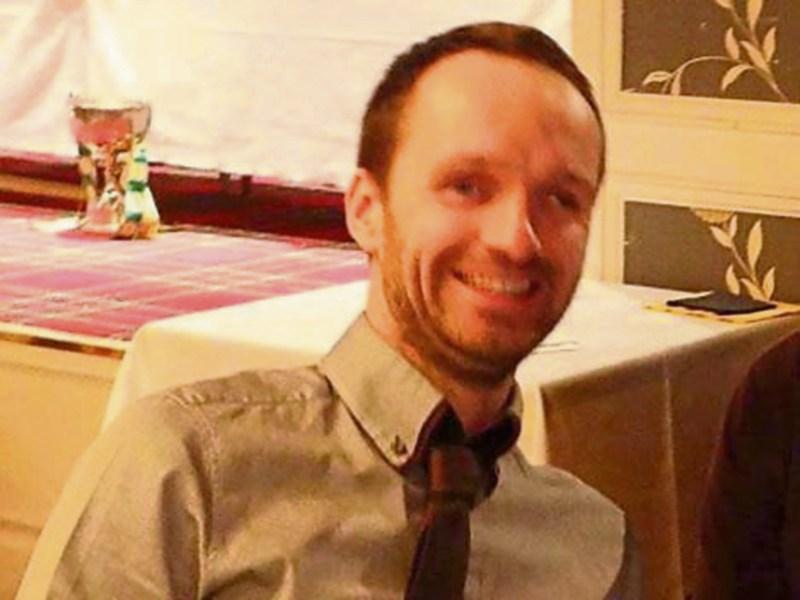 A man driving a car which crashed into and killed a father-of-three wasn’t wearing a seatbelt and used another seatbelt buckle to purposely silence his vehicle's seatbelt alarm.

An inquest into the death of John ‘Rustard’ McLaughlin, of The Links, Greencastle, heard that the driver of the Audi A4, which crashed into Mr McLaughin’s Kia Rio had a foreign seatbelt placed in the buckle to extinguish and silence the alarm, tricking the sensor into believing he was wearing a belt.

Last November, Aaron McColgan was sentenced to a three-and-a-half-year prison sentence and banned from driving for 15 years for dangerous driving  causing the death of Mr McLaughlin.

Both vehicles were both in a serviceable condition before the crash, which occurred at Strandhead, Malin, on February 20, 2017.

Forensic Collision Investigator Garda Gerard McCauley said that the Audi 4, being driven by McColgan, travelled 65 metres after the collision.

The Audi continued on a path out of control, lost the front driver’s wheel and rotated 280 degrees before coming to rest in a deep drain on the R242 Malin-Carndonagh road.

Garda McCauley said it was not possible to put a numerical value on the speed involved.

The Audi A4 was traveling considerably faster at the point of impact, he said. This may have been due to Mr McLaughlin’s Kia having slowed anticipating the Audi, which was traveling in the other direction.

McColgan fled from the scene and was found to be driving under the influence of alcohol. He was under the limit of being charged for the offence of drink-driving and received a fixed charge penalty fine. McColgan was located by Gardai around 500 metres from the scene of the accident. A near-empty bottle of vodka was found in McColgan’s car.

Garda Eamon Ward gave an emotional account of the night he was called to the scene of the accident.

Garda Ward knew Mr McLaughlin, who was a coach at the Malin GAA club, all his life.

Garda Ward fought back the tears as he gave his disposition.

He recalled seeing Mr McLaughlin slumped in his vehicle and praying for his survival.

Garda Ward broke down as he told how, after Mr McLaughlin was pronounced dead, he informed the deceased’s parents of the news.

Dr Devlin, who also knew Mr McLaughlin, recalled how he attended the scene.

The dashboard of the car had fallen on top of him and his feet had become trapped in the pedals. In a deposition from Dr Devlin, which was read to the inquest, he recounted how he attended to Mr McLaughlin for 30 minutes before he went into cardiac arrest and was pronounced dead.

A deposition from Sally Gorman-Moffett, who lives in England and was unable to attend the inquest, was read out.

Ms Gorman-Moffett was the first person on the scene of the accident.

She told how she saw a car angled out to the road at 55-60 degrees with smoke coming out.

Ms Gorman-Moffett outlined the shock of the scene she arrived upon and how she and Ms McLaughlin cradled Mr McLaughlin’s head while medics attended to the man.

Coroner Dr Denis McCauley said that Mr McLaughlin died of multiple injuries sustained in a road traffic incident. A verdict of dangerous driving causing death, as concluded by Letterkenny Circuit Court on November 6, 2020, was given.

Dr McCauley passed on his condolences to the family of Mr Laughlin.

On behalf of the McLaughlin family, solicitor Mr Walter Hegarty thanked the coroner, the people who gave comfort to Mr McLaughlin at the scene and the emergency services.