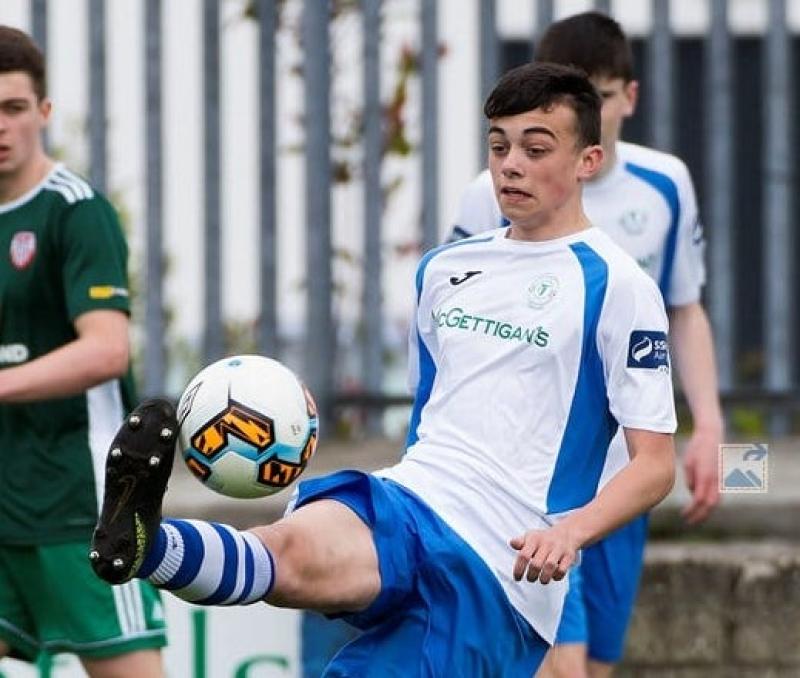 A huge fundraising drive has been launched in support of a young Finn Harps player who sustained serious injury during a match last weekend.

Adam McCaffrey suffered the injury while playing for the Finn Harps Under-21s in a Knockalla Caravans Senior Cup game against Buncrana Hearts at the Letterkenny Community Centre.

The player was flown to undergo emergency surgery at Beaumont Hospital in Dublin.

McCaffrey has since returned to Letterkenny University Hospital.

“Adam is one of our most outstanding prospects,” McNutt said.

“He has that ability that only a few players have, in where he can change a game in a moment.

“In over 45 years involved in football, I have never seen such a horrific injury on a football pitch I am proud of the fantastic response by the club and Academy staff in trying to help Adam and his family this week.

“The next few months are going to be vital and extremely difficult for Adam, his mother Fiona and the rest of the family as he strives to recover.”

A GoFundMe campaign has been launched by other parents of the Finn Harps Under-19s,

One, Roisin Woods, said: “The parents and players that know Adam so well, just wanted to do something to show our support to him and his family and that they are very much in our thoughts.”

You can donate here: https://www.gofundme.com/f/qyf5ud-help-support-adams-recovery