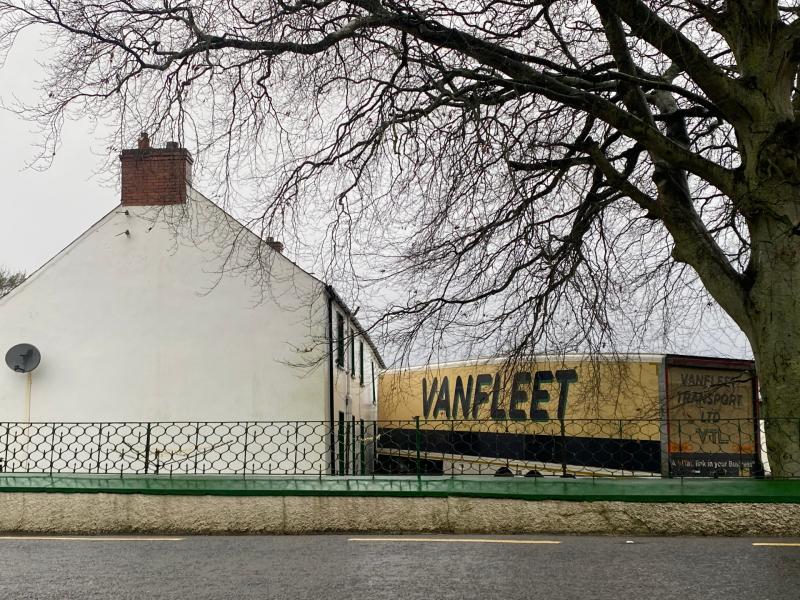 A Newtowncunningham family had a lucky escape on Monday morning when a lorry crashed into their house.

The Gillespie family were shocked when a loud bang shook through their home at around 7.30am.

The lorry was travelling on the N13 road from Derry to Letterkenny at the time.

The vehicle careered through a hedge and hurtled a short distance through the garden before coming to a stop.

A section of the lower part of the vehicle collided with the house, which is located at Ardee, Newtowncunningham.

The driver managed to steer the vehicle’s front away from the structure of the house.

The driver was treated for non-life-threatening injuries.

“It was fortunate that no one was injured,” Councillor Paul Canning, who lives nearby, said.

“The N13 is a very busy road and if the incident had occurred some time later, it could have been catastrophic.

“As it was a Bank Holiday Monday, traffic would have been considerably reduced at the time.”