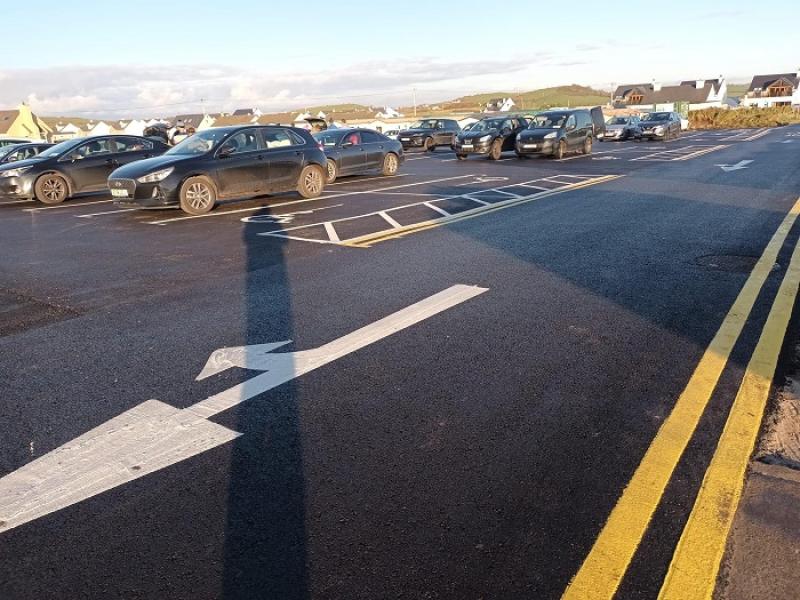 The main public car park at Rossnowlagh has been vastly improved

Anyone who has ever visited Rossnowlagh, other than the bleakness of winter - and that has even changed with Covid-19 - will understand just how chaotic parking can be in what is regarded as one of the finest beach locations in the north west.
And while the beach is transformed into what is arguably the largest coastal parking lot in the country during the warm summer months (and occasional downpours), everybody knows just how busy it actually can get.
But progress has been made in trying to get proper parking available to those who don't necessarily want to park their car on the beach and all the risks associated with such a manoeuvre.
Ballyshannon based Fine Gael Councillor Barry Sweeny said that he was delighted to see progress on what he described as a “great job” at the main car park in Rossnowlagh. 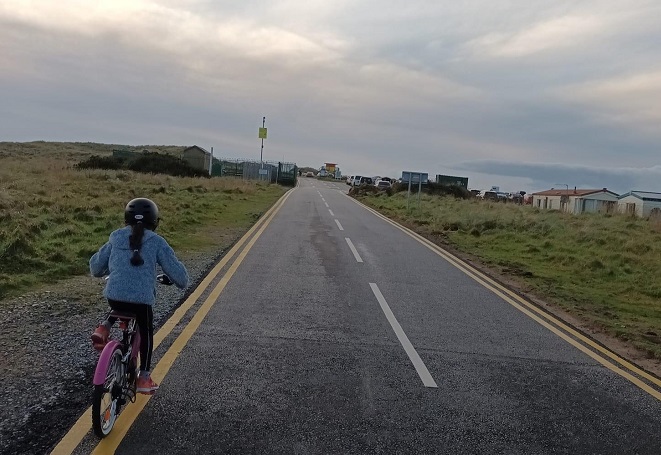 He said: “The re-surfacing and lining out of the area is really well done.
On a recent day he visited the beach was very busy with walkers, family reunions, and 75 sea anglers from Killybegs club and East Coast club.
He added: “There were very few cars on the beach.
“This improvement will serve users of the beach well, and is very convenient for beach access.

Playground
“Furthermore, in early 2022 we will see the development of the new Playground here and development of an outdoor seating and covered area along with trading stands.
The location will attract beach users to use it as the main parking area with good facilities in a central location.
Cllr Sweeny said that the area, as well as being further developed for the likes of a playground will also include potential for trading locations and covered seating areas, which are also expected this year.
It will also have an outdoor shower area.
He told the Donegal Post: “ I hope that it will create a central area that is attractive for people to use, where there could be some sort of control over traders in that area and bring a more organised focus on what is one of greatest resources in the county, its beach.
“This is only part of a solution. And we are currently looking at other options in the area as well, such as a roundabout near the Sandhouse,” Cllr Sweeny explained.
He said that the work on the car park is just one of a number of initiatives in the area that he is welcoming to help the overall wider Rossnowlagh area.
He cited a lot of really good road surfacing over the past two years on the “straight mile” and on the turn road down to Rossnowlagh from the main road from Ballyshannon as well as addressing flooding issues around Durnesh Lough, were part of a wider scheme.