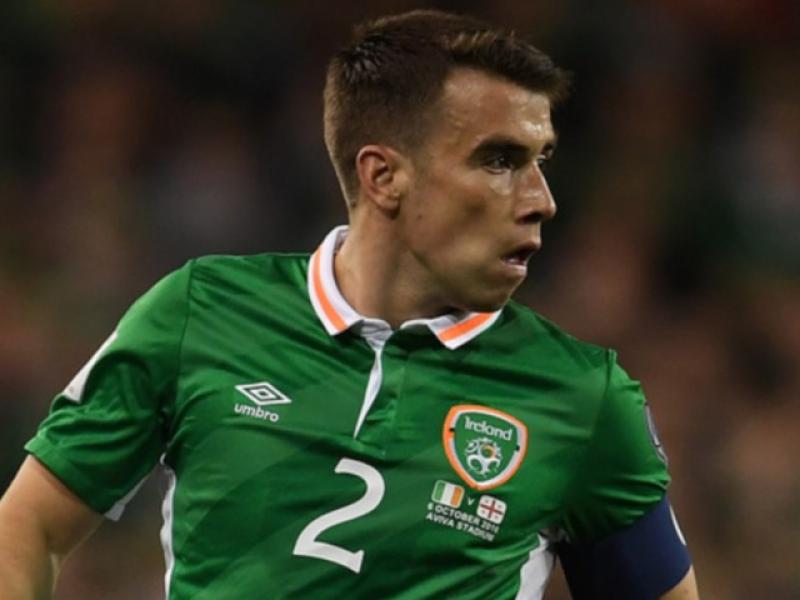 Seamus Coleman: His name has emerged as an option for the naming of a Killybegs road

Republic of Ireland international football captain Seamus Coleman could have a road in his hometown named after him.

His name is one of the suggestions that has been put forward in the search for a name for a road in Killybegs.

Local people are looking for a name for one of the town’s newest roads, which has been known as the Industrial Road since it opened more than ten years ago.

Local county councillor Niamh Kennedy says she has been approached by local people and groups to begin a process to formally give the road a name.

Coleman Road is one of the early suggestions put forward along with Glenlee, after a local townland and forest. A search is also on for formal names for the port’s four piers.

Cllr Kennedy said she has received suggestions on social media after issuing the request in recent days. A local heritage group is also being consulted on potential historic names from the area and she says the search may also be brought to local schools.

The naming is part of an effort to establish the road, which is home to some of the town’s larger businesses, as the best route for tourists to reach the cliffs at Slieve Liag.

“People have been raising it with me - local people who live in and around the area,” she said.

“A lot of people are saying the Industrial Road does not seem to exist to tourists and people are not familiar with it. If you look on sat navs it is not there. If it had a name on it, that would take traffic away from the Fintra Road. It has never been named and we would want to formalise it.

“A lot of people don’t realise it’s a big clear road to Slieve Liag, and it is much easier for buses and large transport to take that route. A lot of traffic is going up the old way [towards Fintra]  and that is causing a lot of congestion. The name has stuck, it is not an appropriate name, and we want to name the road.”

READ MORE: Muireann is the the youngest girl fishing in Killybegs

She said the next stage will be to set up an adjudicating group to select a name that can be brought forward to Donegal County Council.

The independent councillor has also asked the council to contact the Department of Marine about the formal naming of the town’s four piers also which are known locally as Blackrock pier, Old Town pier, Auction Hall pier and New pier.

“People believe it would be better for tourism to have the piers formally named and on maps,” she said.

Suggestions for names for the road or the piers can be emailed to Killybegsregenerationgroup@gmail.com.