Civic reception to be held for ‘remarkable’ Donegal community worker 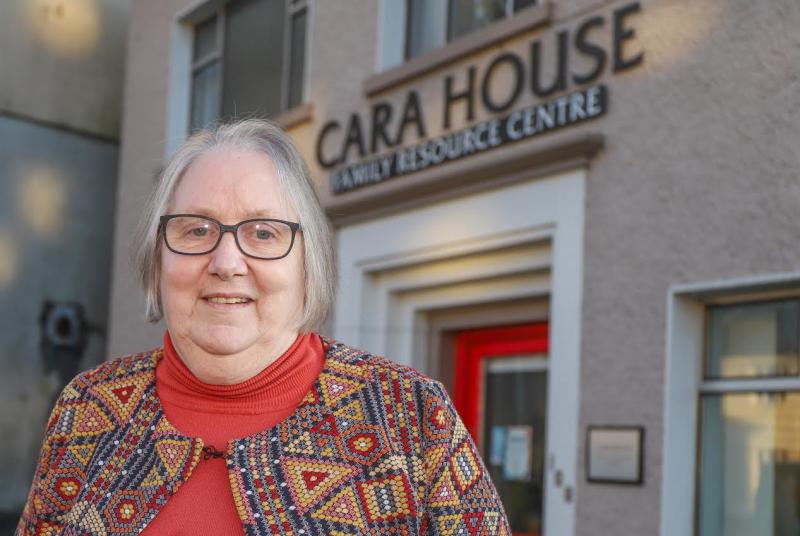 A civic reception is to be held for a well-known community worker for her commitment to her community over the years.

Susan McCauley recently retired from her role as the co-coordinator at Cara House Family Resource Centre in Letterkenny.

The Letterkenny-Milford Municipal District is now to hold a civic reception for her following the passing of a motion at its January meeting.

Cllr Ciaran Brogan called for the civic reception to recognise her contribution “to hugely successful community services in our community for all ages from, children’s crèche, teenagers, disability, adults, children’s centre, training and education, active age services and health and well-being”.

Since it was established in 2004, Cara House has played a significant role in the community, Cllr Brogan said, “and as it continues to grow to meet the needs of people moving forward, and there is no doubt Susan Mc Cauley has been the driving force in making all this happen”.

Cllr Brogan (Fianna Fáil) said in her time in Cara House Susan McCauley has made huge improvements to people’s lives and called for that contribution to be recognised.

READ MORE: Tributes paid to Susan McCauley on her retirement from Cara House

Cllr Donal Kelly (FF) seconded the motion saying Suzanne McCauley “is a remarkable person and she deserves to be recognised for all the work she has done in  Cara House”.

Mayor of the municipal district Cllr Jimmy Kavanagh (Fine Gael)  said all the councillors would welcome the civic reception.

Donegal County Council is to put in place arrangements for the reception once Covid-19 restrictions permit.