Donegal people to 'Climb Errigal Together' in support of Charlie Bird 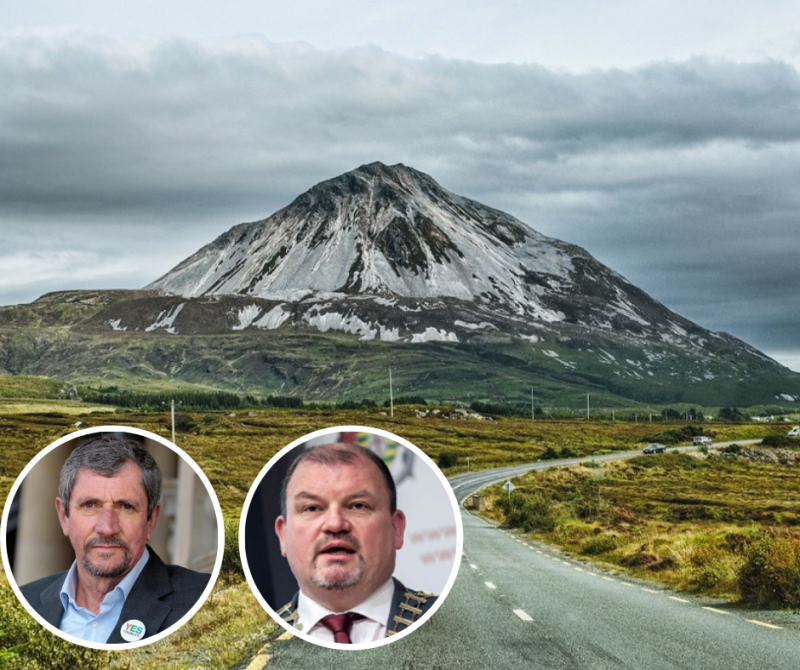 The people of Donegal are set to be part of the fundraising initiative being headed up by former RTE journalist, Charlie Bird.

The ‘Climb Errigal Together’ event is being organised by Donegal County Councillor, Ciaran Brogan and will be held on Saturday, April 2nd.

"Charlie Bird's story struck a chord with us all and many people are keen to take up the challenge,” Councillor Brogan told Donegal Live.

“I’m happy to confirm that ‘Climb Errgial Together’ will go ahead on Saturday, April 2nd - the same day as Charlie's climb in Mayo.

"Over the weekend, I met with individuals, groups, clubs and agencies who are all willing to lend their support and make "Climb Errgial Together" a memorable and enjoyable experience in a safe and controlled environment.

"I'm extremely grateful to the members of Donegal Motor Club to lead out with the stewarding and managing of the event along with members of Errigal Cycling Club and Donegal Civil Defence.

“I’m delighted to confirm that Donegal International Rally Clerk of the Course, Eamon McGee, will be the main coordinator. Eamon has vast experience in organising large events and he also has a wealth of local knowledge.”

Daniel O'Donnell is among the celebrities who will join Mr Bird on Croagh Patrick. Others include President Mary McAleese, Vicky Phelan, Dermot Bannon and Baz Ashmawy.

In Donegal, thee has already been an enthusiastic response to the ‘Climb Errigal Together; venture.

Councillor Brogan said: "This local event in April will give people a focus and something to look forward to. The response to the challenge to date has been unbelievable. "Climb Errigal Together" is not a race or a competition - it's about people coming together and getting behind two worthy charities."

The organisers will announce more details over the coming weeks.

Plans are also being put in place to climb Carnaween in the Bluestacks.