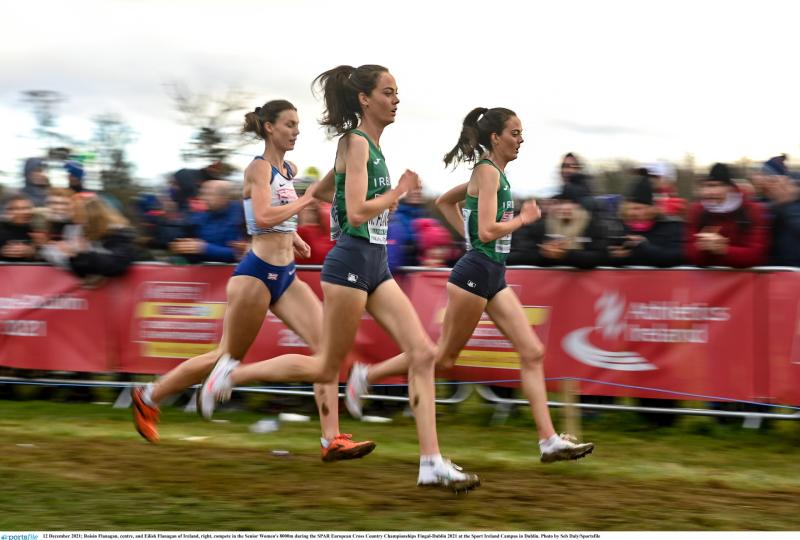 Despite strong performances by Finn Valley AC’s Flanagan twins, Eilish and Roisin, Ireland were edged out of the medal positions at the European Cross Country Championships in Dublin.

The Adams State University duo ran almost side-by-side for a good portion of the 8km distance as Ireland were beaten to the podium, the places taken by Great Britain, Sweden and Germany.

“It was tough going out there. The level of competition in Europe at senior level is incredibly deep.

“I’m pleased with 15th, but I think I could have made the top ten. That course was no joke. It was muddy and just stuff that I’m not used to.” 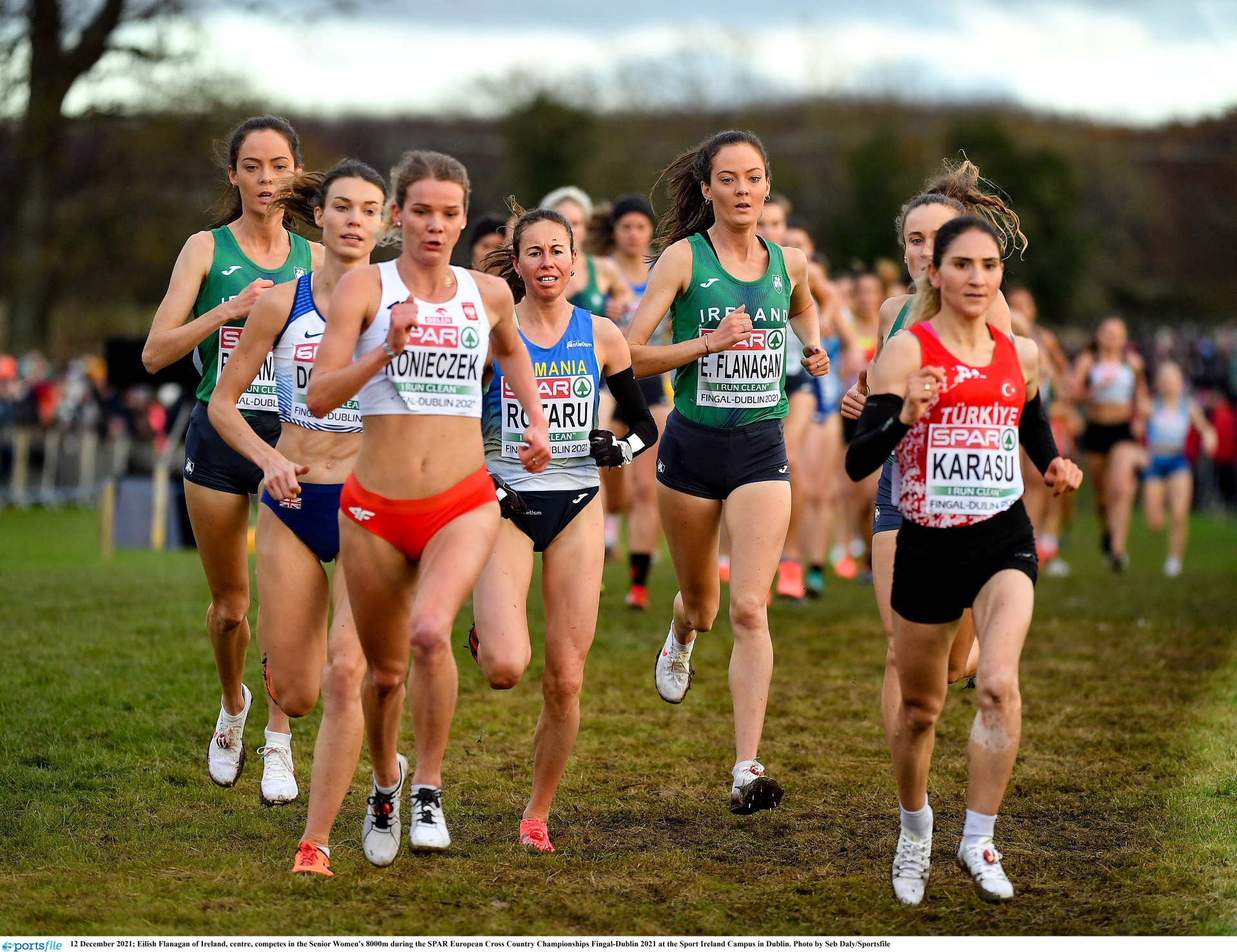 Eilish Flanagan won the Rothman Orthopaedics 8k in Philadelphia last month when an impressive time of 26:07 put her into the frame for selection.

It has been a whirlwind year for Eilish who clocked a new personal best of 9:34.86 in the 3,000m steeplechase at the Olympic Games in Tokyo.

The sometimes tranquil and always tough surrounds of Abbotstown was new terrain.

She said: “I’ve only raced once this season. That was only my second ever 8k so I’m not entirely used to that distance.

“I feel like I still have a lot more to give this season.

“It’s been a crazy year and I’m happy to end it with a European race at home. That doesn’t come around too often. I was just delighted to be here competing.”

Roisin Flanagan was the bronze medalist at last month’s Irish Senior Cross Country Championships in Santry. This race represented her debut at senior level in the Irish vest.

Roisin said: “I feel that I could have ran better, but this is my first senior vest so I’m happy to get it.

“It’s a really strong team and the competition is incredible. Although I didn’t have my best performance, I’m very thankful for the fans out there. You can’t get better than the Irish fans.”

Roared on by the huge crowds who flocked to Abbotstown from dawn, McElhinney dig deep to secure the team gold and was pipped by Britain’s Charlie Hicks over the final 500m.

The Irish were inched to to the U20 team gold by Great Britain, just one point (35 to 34) between them.

There was agony for Ireland’s mixed relay team of Ciara Mageean, Luke McCann, Síofra Cléirigh Büttner and Andrew Coscoran. In medal positions all the way, and in the lead after two laps, they fell short and finished fourth.