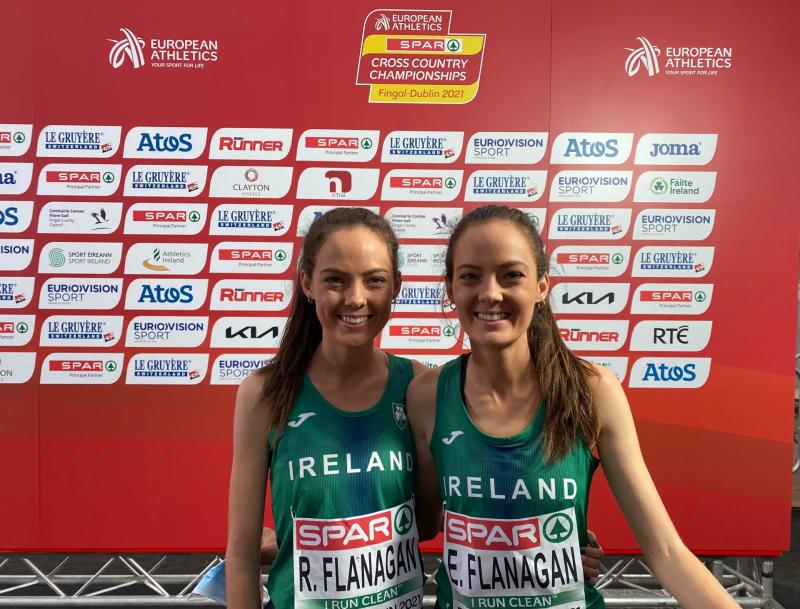 Damon Martin says Eilish and Roisin Flanagan have proved that they can compete with Europe’s best athletes.

At the European Cross Country Championships on Sunday, Eilish finished 15th with twin sister Roisin, who was making her senior debut, in 26th.

“It was a step up and they ran really strong, solid races,” Martin, who coaches the Finn Valley AC pair at Adams State University, told Donegal Live.

“I was really proud of their performance.

“Their plan was to go out under control, work through and they ran very solid races. It was a good step for them to get to the senior level and perform. That will be good for them into the future.”

The Flanagans were part of the Irish team that was just outside the team medals. After a tough race at the Sport Ireland Campus, Ireland finished as the fourth team.

The Gortin girls were side-by-side for large swathes of the 8km race.

Martin said: “They proved to themselves that they can run with some of the top people in Europe. That’s an important part of their development. What I see with them every step of the way is that when they’ve been challenged, they realise ‘okay, this is the level’, and they make the step up.

“I was really pleased with their efforts. The people back at Adams State are all very proud of them. Top to bottom it was a tough, mucky course. Sometimes in the States, we run on golf courses.

“The mud was a difference and the length too, going from 6k to 8k, but they fared very well.”

The Flanagan sisters will be aiming to qualify for the 2022 World Athletics Championships, being held in Eugene, Oregon.

Martin said: “The big plan is hopefully the World Championships, which are in the US next year. The plan now is to get the standards and get to a level to make those teams going forward.”