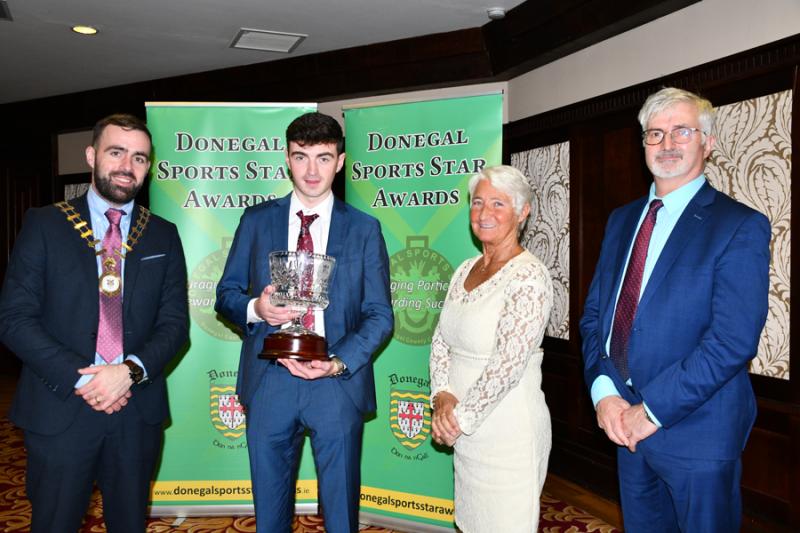 Oisin Orr was the overall Donegal Sports Star of the Year in 2020.

The Donegal Sports Star Awards is going to be a virtual event for the second year in a row.

The decision was taken by the committee based on the most recent public health guidelines announced by the Government.

The 2021 Awards event will take place on Friday, January 28.

Donegal Sports Star Awards Chairperson Grace Boyle said public health was the priority and in the midst of the ongoing Covid-19 situation a live function would not take place.

“We’re obviously disappointed that we cannot have a live function in the Mount Errigal Hotel," Ms Boyle said.

"The recent restrictions announced by the Government because of Covid-19 really just rubber stamped our own feelings that in the interest of public health we would move the awards to a virtual event for the second year running.

"The committee made a big call to go virtual for the 2020 awards and that was a big success bearing in mind it was a venture into the unknown for us.

"We were able to announce the 12 winners at that event at the end of January but due to the pandemic it was nine months before we were able to make the actual presentations in the Mount Errigal Hotel.

"I want to thank Donegal County Council for again being our exclusive sponsor and their support is key to the committee being able to deliver an event that recognises the sporting achievers of 2021.”