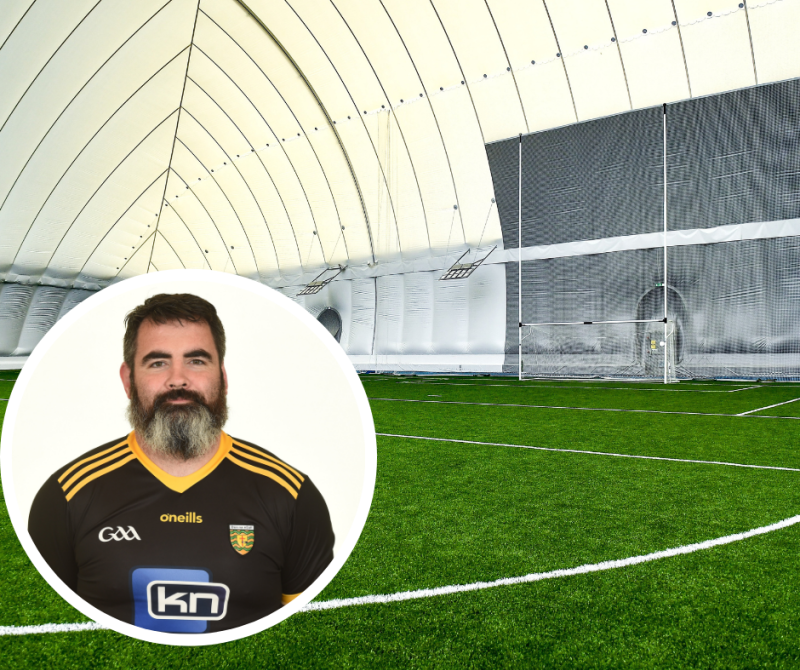 Former Donegal goalkeeper Paul Durcan will have a role at a historic Gaelic football match this evening.

Sligo and Leitrim face off in a Connacht FBD League game that will be played indoors.

Durcan, who was Donegal’s goalkeeper when they won the All-Ireland in 2012, is now the goalkeeping coach with the Tony McEntee-managed Sligo.

“It’s an amazing facility,” Durcan said of the €3million facility near Knock.

The Air Dome is 26 metres high - twice the height of the goalposts.

Durcan said: “I’ve never seen anything like it. The pitch is quick and the ball moves very fast.

“It’s strange to see the ball move as quick at this time of the year.

“It’ll be interesting to see how it translates to a game. It’ll be good to see it in full flow.

“You have to give it to the Connacht Council, it’s a serious set up.”

Durcan, a two-time All-Star, was recruited by McEntee in December 2020. The Donegal Town man was playing club football with Drumcliffe-Rosses Point at the time.

Sligo will play New York in the 2022 Connacht SFC and the Yeats County men will feature in Division 4 of the Allianz Football League.

Durcan said: “We’re looking forward to it. The boys are up for it and they’re mad to get playing football again.”