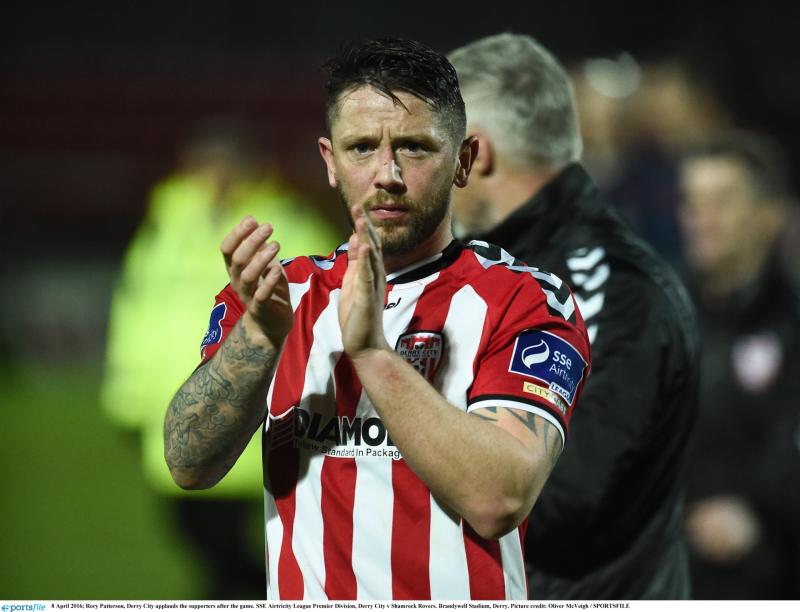 Former FC United of Manchester and Derry City striker Patterson is back with his hometown club again this season.

And Patterson bagged two of the goals at the Melvin Arena to dump Danny McConnell’s Rovers out of the Cup.

Aidan Bishop drilled in the opening goal of the game in the early stages.

Rovers have recently seen Conor Tourish depart for Finn Harps while the Leckview Park side have also lost the services of Ciaran Kelly, Connor Gormley and Kevin McGrath in recent times.

Maguire converted his second ten minutes into the second half and Patterson swiftly made it 4-0.

Patterson netted from the spot and Sean Ferry, just signed back this week from Castlefin Celtic, added the sixth to seal a comprehensive win.