Donegal boxers await draw for Irish U22, U18 Championships 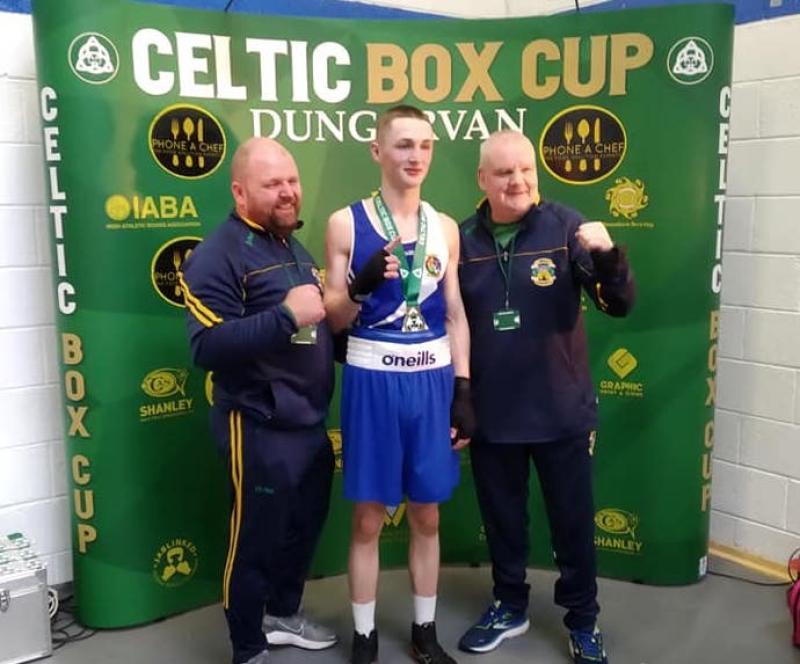 Cahir Gormley of Illies is set for the Irish U22 Championships.

Former European Schoolboys bronze medalist Cahir Gormley (Illies Golden Gloves) is awaiting the draw on Tuesday for the National Under-22 and Under-18 Championships.

Gormley, then with Maydown Olympic BC, was a bronze medal winner at 44.5kgs at the 2017 European Schoolboy Championships in Romania.

Gormley is now with Illies Golden Gloves and in November won gold at the Celtic Box Cup in Dungarvan, overcoming Sean Roche in the 63.5kgs decider.

Gormley goes at 63.5kgs in the Under-22 Championships, with Sligo man Dean Clancy - the 2021 European Under-22 gold medalist - also in the mix.

Letterkenny native Joe Harkin, who boxes with Oakleaf ABC in Derry, is also among the 63.5kg entrants.

Adam McDaid of St Bridget’s, Clonmany is entered at 67kgs in the Under-22 grade.

Harkin’s younger brother, Jack, is in at 54kgs in the Under-18 Championships Newtowncunningham resident and fellow Oakleaf puncher Brendan O’Hagan entered at 71kgs.

Dunfanaghy ABC’s Cormac Hall goes at 57kgs in the Under-18 division.

Boxing gets underway this Friday and runs until February 12 at the National Stadium.