Disappointment for Hall and Harkin in Irish Championships 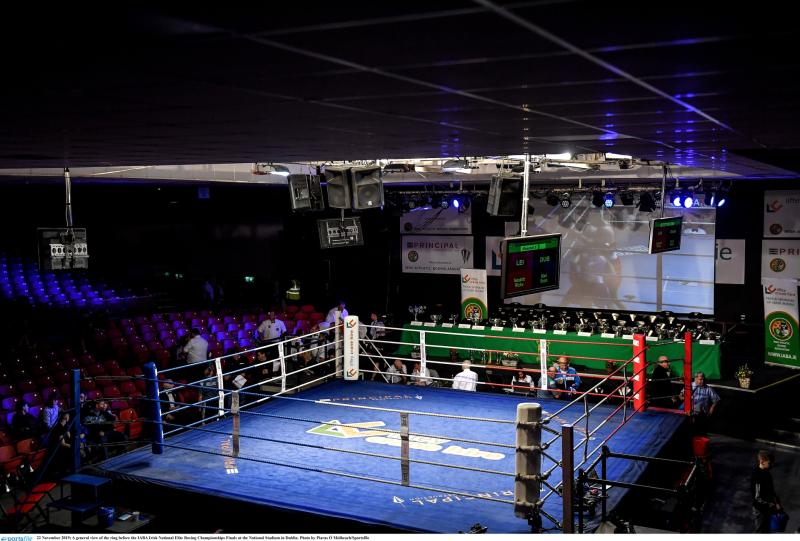 Boxing is underway at the National Stadium in Dublin.

There was disappointment for the first two Donegal boxers in action at the Irish Under-18 and Under-22 Championships at the weekend.

Cormac Hall of Dunfanaghy ABC and Letterkenny native Joe Harkin, who represents Oakleaf Boxing Club in Derry, lost out in their respective bouts.

Hall, in the Under-18 57kgs class, was beaten by Leon McMahon from Glengormley. McMahon took a unanimous decision victory to advance.

In the Under-22 championship at 63.5kgs, Harkin lost out, also via a unanimous decision, against St Paul’s puncher James McDonagh.

Harkin’s younger brother, Jack, is in at 54kgs in the Under-18 Championships and he has been paired with Charleville’s Patrick O’Donnell.

Newtowncunningham resident and fellow Oakleaf puncher Brendan O’Hagan is entered at 71kgs in the Under-18 grade and will meet Dubliner TJ King in a preliminary round bout.

Illies Golden Gloves’ former Irish Schoolboy bronze medalist Cahir Gormley has also yet to begin his Championship bid. Gormley will go against Dubliner Gareth Dowling in a 63.5kgs quarter-final in the Under-22 Championships.