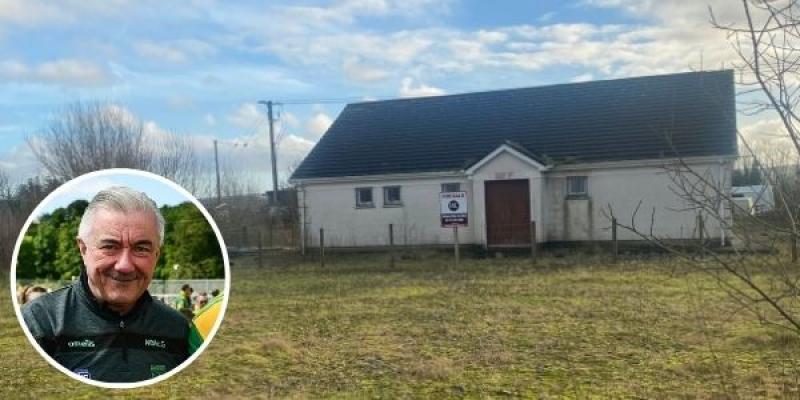 An era in Donegal GAA is officially over with planning permission granted for a change of use of the former dressing room building at Drumboe, Stranorlar.

The building served as a dressing room since its construction in the mid-1990s. For a couple of decades, Donegal teams trained on a piece of land at Drumboe, which was leased from a landowner.

The building was owned by the Donegal County Board, but was put up for sale and recently a sale of agreement was completed for the property.

Donegal County Council has since granted permission for a change of use into office use in conjunction with the consultant engineering practice.

Permission was sought by DSM Contract Services Ltd and the works are to include renovations, internally and externally, including on-site parking and associated site works.

Eight conditions are attached to the permission, including that the existing roadside boundary incorporate an entrance within specified measurements and that the existing access/egress to the north of the site be closed.

A reserve price was placed on the property by the County Board and met by the purchaser. A figure has not been disclosed, but it is understood that it is well shy of the €200,000 previously suggested in some media reports.

“I remember when I was training during my time as a referee, I went to Drumboe the odd time. You were assured of strong calves, hamstrings and quads, that’s for sure.

“Drumboe was a big change when it first came on the scene. It was a marked change from using the headlights of cars up at Murvagh. Players would be climbing sand dunes and cars were there with the headlights on - and the cars had to stay on or the battery would’ve died.

The money received from the sale of the property at Drumboe will go towards the further development at the Donegal GAA Centre in Convoy.

Donegal GAA are also anxiously awaiting news of an application for Sports Capital funding for works at the Convoy facility.