Murphy's treble gets Abbey VS beyond the challenge of St Patrick's, Cavan. 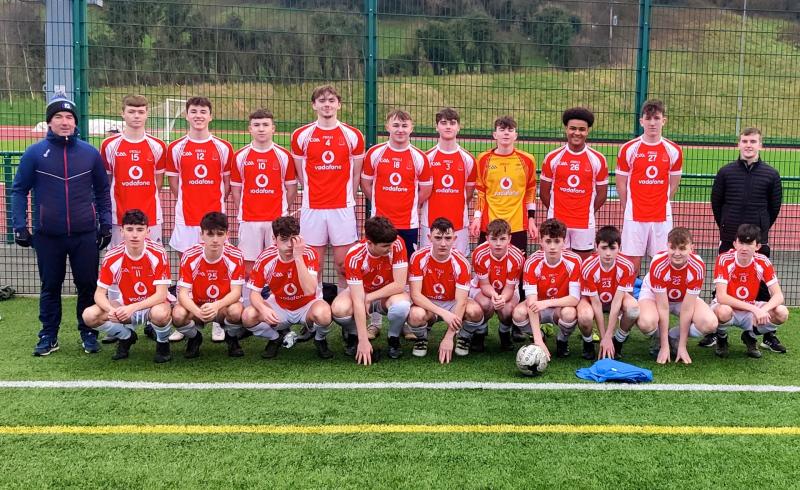 Robbie Murphy scored a hat-trick as Abbey Vocational School got the better of St Patrick’s College, Cavan in their SFAI Under-17 Ulster Schools quarter-final at the Peace Link in Clones on Thursday.

Abbey, fresh off a 3-1 win against the Royal and Prior, broke the deadlock after 15 minutes.

A ball broke from a Kevin Muldoon corner and Murphy drove the ball under the goalkeeper.

St. Patrick's hit a purple patch and had the Abbey boys pinned in but great work from David Monaghan, Caolan Sweeney, Turlough Carr and Aaron McGroary kept the lads from Cavan out.

In a match that went either way before the neighboring schools, it was Pobalscoil Ghaoth Dobhair who won in with a Colm O'Doherty goal three minutes from time

Ten minutes before half time, Abbey struck again, this time against the run of play. A fine ball in from Ruairi McLaughlin broke in the box for Murphy to grab his second.

Abbey added a third in the second half when Murphy cooly dispatched from the penalty spot after he was taken down.

Peadar Shallow, the Abbey goalkeeper, made one spectacular save as Abbey advanced to the semi-finals.