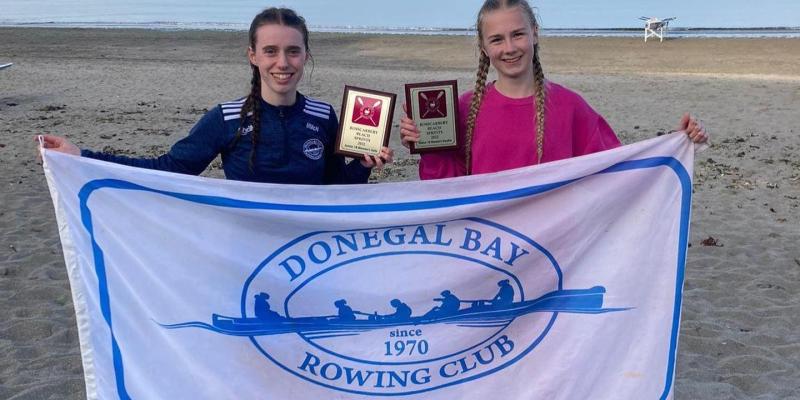 And Méabh will race in the singles in the Homes Internationals, St Andrews, Scotland in August.

Both girls are students at the Abbey Vocational School in Donegal Town. Méabh has just turned 17 and is a Transition Year student. Grace is 15 and is currently studying for her Junior Cert.

Always a keen sportswoman, Grace is a relative newcomer to the rowing and last week’s event was her first competition.

“I discovered it through lunchtime rowing at the school gym a year ago,” she said. “Seamus [Maguire, DBRC and AVS teacher] told us ‘we are going out on the water on Sunday at 9am.’

“Most people were saying that is so early but I really wanted to do it. I  got into the boat and fell in love with it. Nothing else I have ever done before is like it.”

“I tried loads of other sports," she said. "They were all good but none of them were as welcoming as Donegal Bay Rowing Club. They want you to succeed but to enjoy it at the same time.” 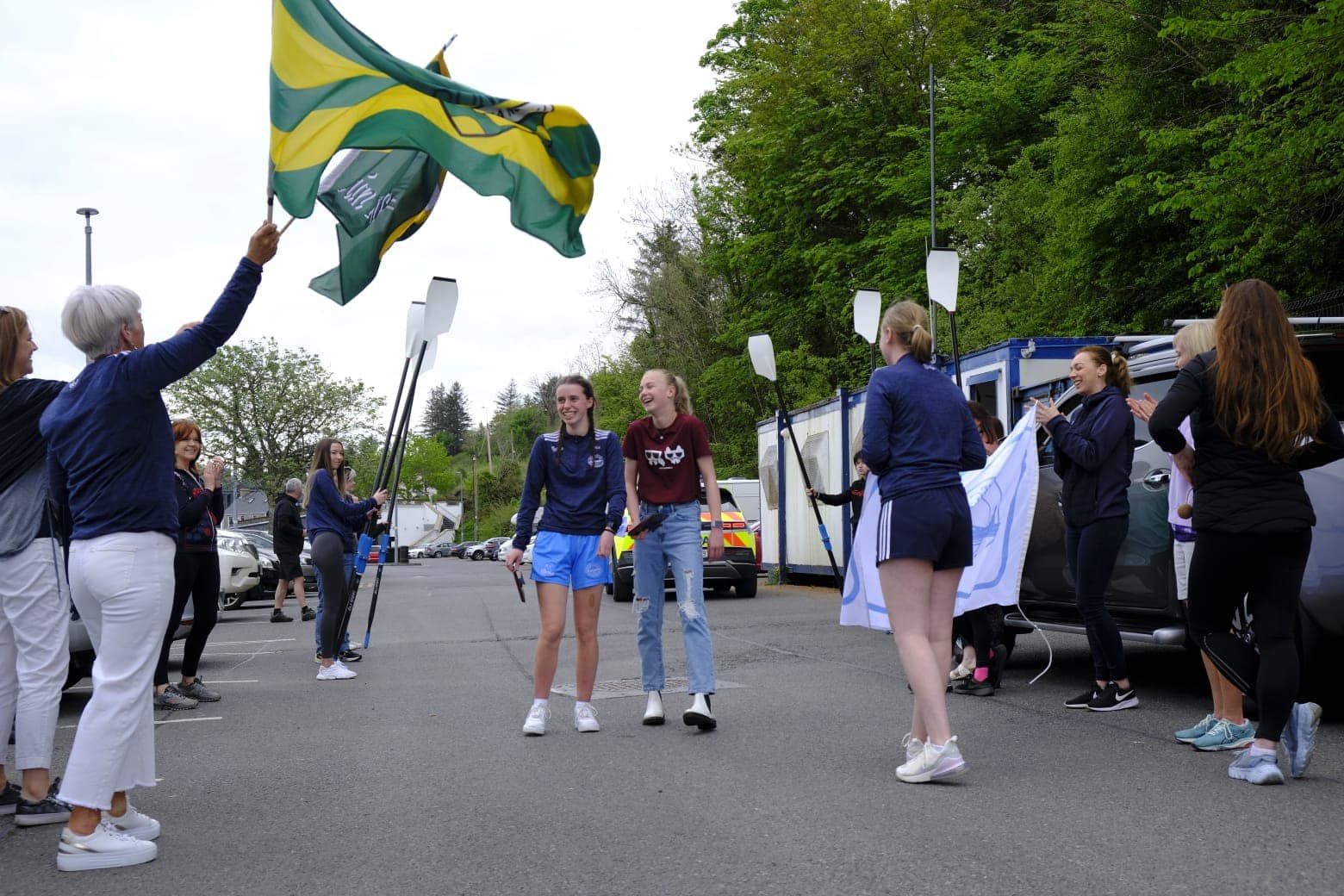 Grace agreed, adding: "Knowing that people appreciate when you show up for training, appreciate your hard work, and you appreciate the work they are putting in to train you, there is something special about that.”

The girls have a good partnership. They have been training four times a week in the gym and on the water, and felt strong going into the competition.

But neither expected to come away with gold medals at this major national event.

They feel that taking part in such a high level of competition improved their performance.

Grace said: “There’s a thing in you that knows that you have put in the work. And even if things are going wrong, you keep at it and keep focused.

Méabh adds: “You will never row as hard as you row in a final.”

Beach sprints require a lot of skill and focus and both girls relish this type of competition.

Last weekend’s event involved a 500m slalom course around three buoys with a 180° turn. Grace began the race at the start line on the beach and had to sprint to the boat, while Méabh entered the boat from the water. At the end of the course, it was Méabh who then had to sprint up the beach to the buzzer. 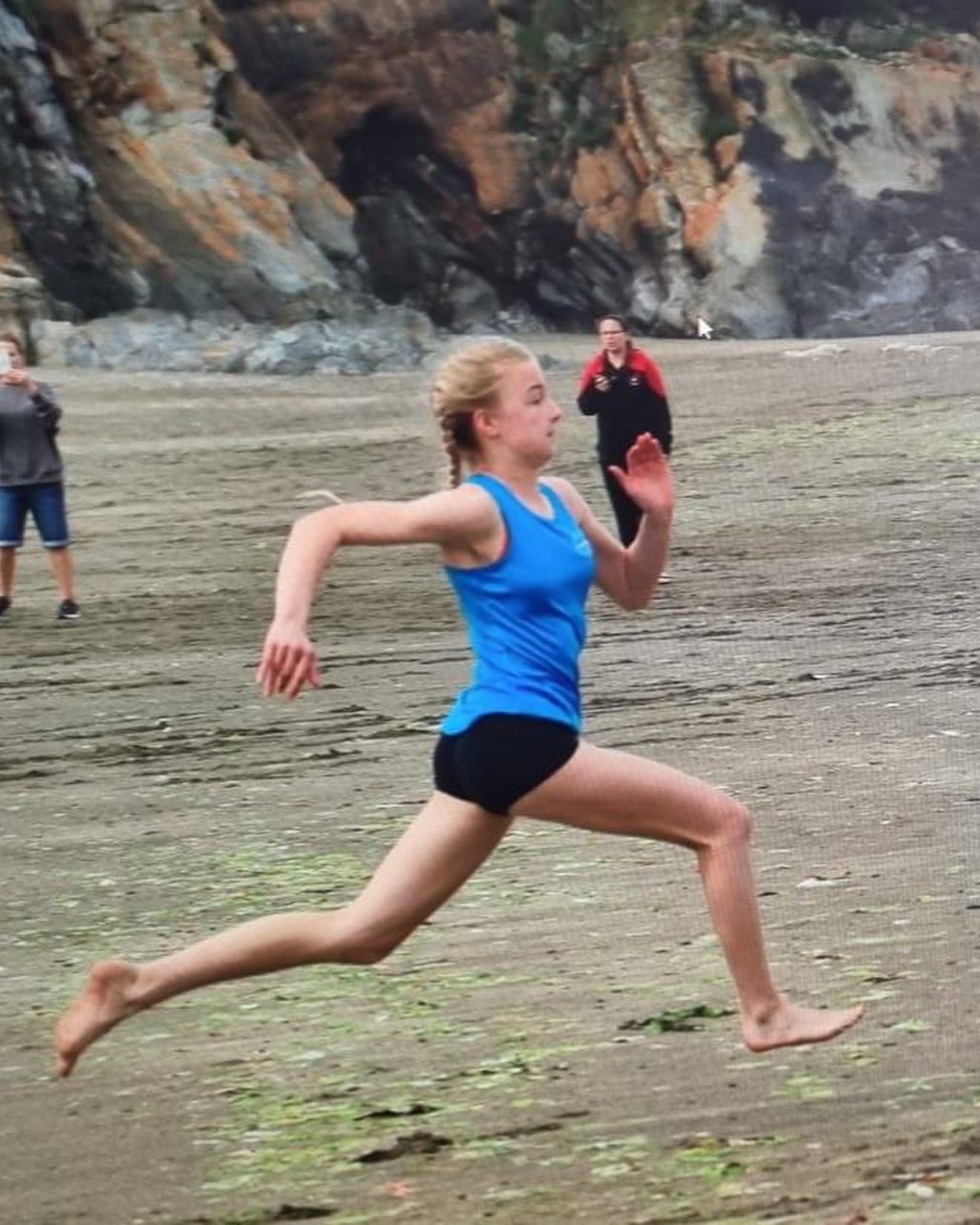 The water was relatively calm in Duneen at the weekend, but the girls were training in Rossnowlagh in order to prepare for all conditions.

“If you catch the wave the wrong way it will capsize the boat,” said Grace.

“If you get it right, you are surfing the waves coming in,” said Méabh. “There is a lot of adrenaline. It is great fun.”

Both rowers would encourage anyone who is thinking of taking up the sport of rowing to give it a try.

They wish to thank their coaches Seamus Maguire, Luke Keaney and Patrick Brady. They also thank Rosie Temple who helped them prepare for the beach sprint element of the competition, and everyone who supported them in any way.

The pair are now looking forward to the next level of competition.

Grace said: “Even to wear the Irish colours is going to be so cool.

For Méabh, this is a goal that she has worked long and hard to achieve.

“It has been my dream to have an Irish flag wrapped around me and say I am competing for Ireland,” she said.