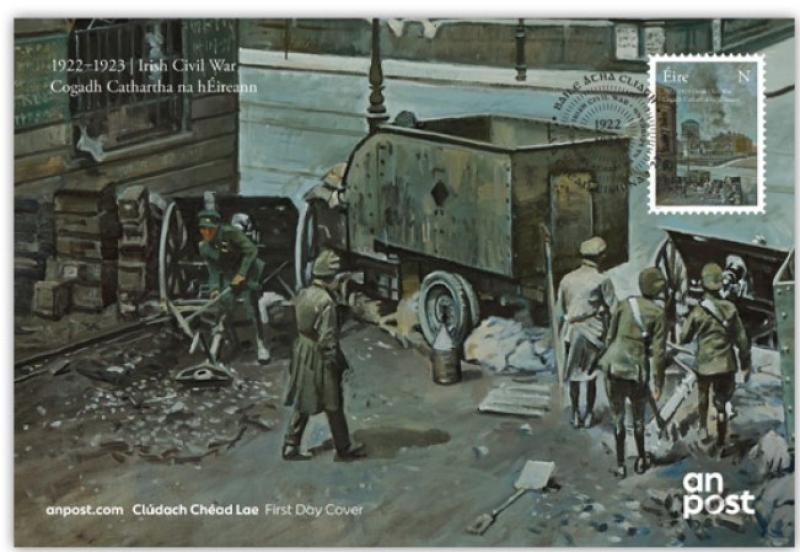 A special new stamp to mark the Centenary of the Irish Civil War, which took place from 1922–1923, has been issued by An Post.

The seminal historic event had a deep impact on many communities, not least here in Donegal, where the bitter ramifications lasted for many years thereafter.

The stamp is the latest in a series marking Ireland’s Decade of Centenaries.

Disagreements over the Anglo-Irish Treaty led to civil war breaking out in Ireland, which began on June 28, 1922.

The National Army opened fire on the Four Courts which had been occupied by anti-Treaty forces.

The bitter conflict that followed pitted former comrades and family members against each other until the fighting ended on May 24, 1923.
One of the most infamous chapters of the Civil War was the destruction of the Public Records Office which was destroyed during the shelling of the Four Courts  and the incident features on the new stamp.

Over a century later the National Archives is to create a state-of-the-art Archival Repository as part of the Project Ireland 2040 Capital Plan. 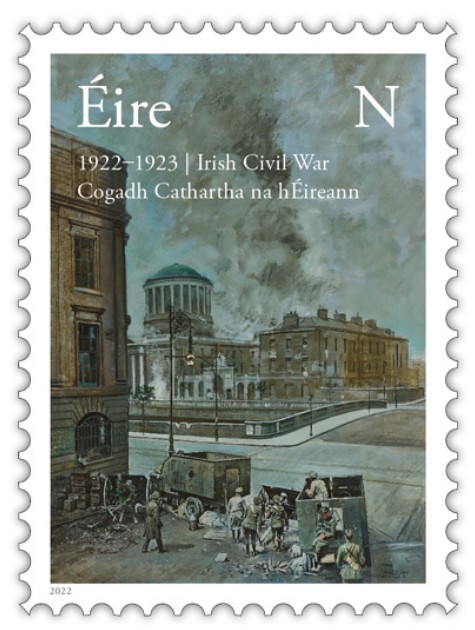 Orlaith McBride, Director of the National Archives, says the new Archival Repository will be “a world class building, and it will continue to protect and preserve the records of the nation.

The new building will increase the National Archive storage capacity by two-thirds”.

The N rate stamp, for postage within the island of Ireland which features  ‘Commencement of Hostilities’ by renowned Irish artist, Mick O’Dea PPRHA, and commemorative First Day Cover (FDC) envelope were designed by Image Now.

The stamp and FDC are available at main post offices and online at anpost.com/shop.