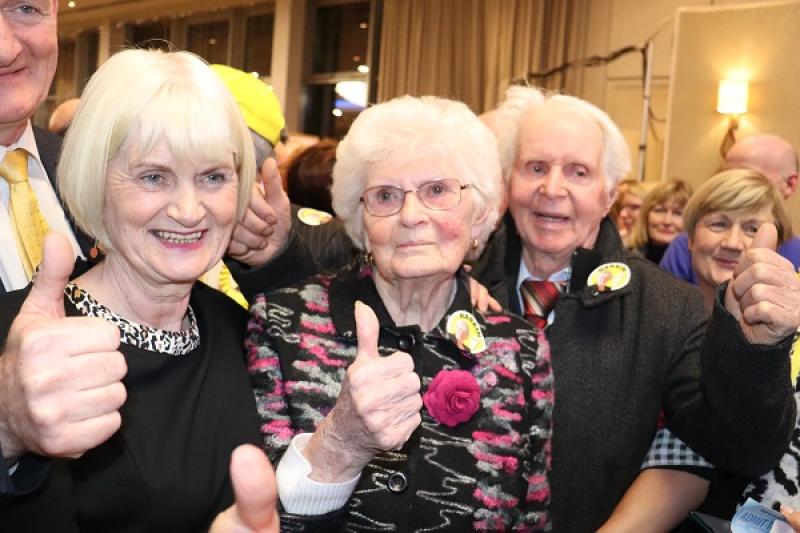 Former MEP Marian Harkin (Ind) has been elected to the 33rd Dáil.

Harkin exceeded the quota of 12,137 on the 14th count in the Sligo Park Hotel. She took 2,161 transfers from independent candidate Cllr Declan Bree to give her a total of 12,995.

It took most of two days to fill the second seat, with the count result at announced at 8.50pm.

Harkin was supported by three generations of her extended family throughout the day in the count centre. Her seat was never in doubt, but there was great jubilation among her supporters when the result was announced.

The battle is now on to fill the final two seats, with Fianna Fáil's Marc MacSharry on 9,891, his party colleague Eamon Scanlon on 8,409 and Fine Gael's Frank Feighan on 7,231.

But with Fine Gael's Thomas Walsh eliminated, his transfers will most likely secure Feighan a seat.

Harkin's surplus is not being counted at this stage as it is not high enough to make any material difference.