€25,000 in prizemoney in Grassland Farmer of the Year competition 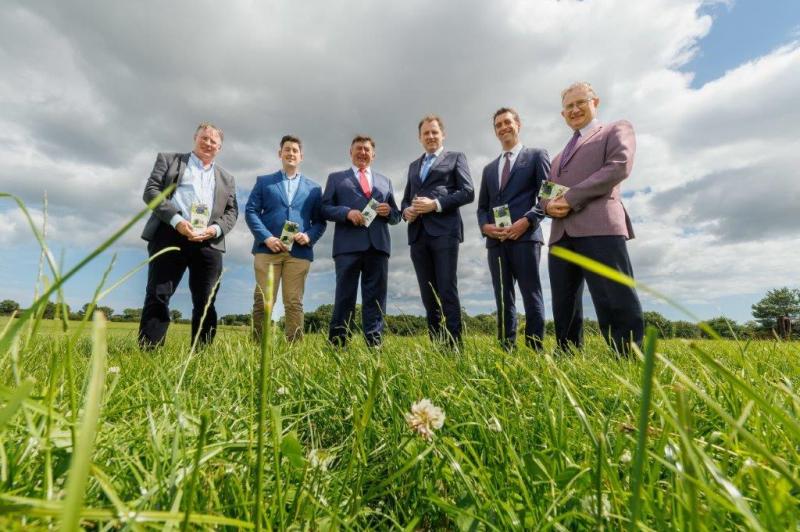 Donegal farmers are being encouraged to enter the Grassland Farmer of the Year competition for 2022.

Featuring an overall prize fund of €25,000, it was  officially launched in Johnstown Castle Estate by Minister for Agriculture, Food and the Marine, Charlie McConalogue TD.

This is the sixth year of the competition which recognises farmers who are achieving high levels of grass utilisation in a sustainable manner.

The Grassland Farmer of the year competition is an initiative that is part of the Teagasc Grass10 Campaign which is supported by the Department of Agriculture, Food and the Marine, Teagasc, Allied Irish Bank, FBD insurance, Grassland Agro and the Irish Farmers Journal.

Speaking at the launch, the Minister said, “Ireland and Irish agriculture has such a unique and distinctive competitive advantage. We are truly world experts at the growing of grass in a sustainable manner. The Grassland Farmer of the year awards highlight the importance of grass in the sustainable production of milk and meat and recognises pioneering farmers who are achieving high levels of grass utilisation through excellence in grazing management, grass measurement and sward composition."

The Minister added, “The importance of grass utilisation has never been so evident in light of the current geopolitical climate which has led to a significant rise in the cost of feed and fertiliser.”

Teagasc Director, Professor Frank O’Mara said, “Our ruminant based livestock systems in Ireland are underpinned by growing and utilising as much grass as possible in the diets of our grazing livestock. The Grass10 programme and the Grassland Farmer of the Year awards highlight what farmers are achieving in this regard.