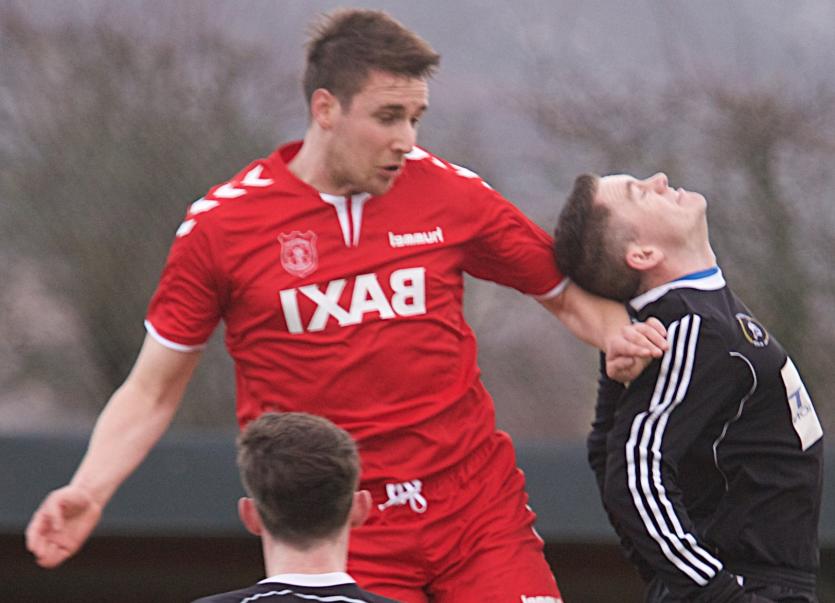 How did you get into football, and how long have you been with Carn FC?
I’ve been involved about 20 years now, going back to U8s or U10s. My parents say they always remember me with a ball at my feet. I remember playing football every lunch time in Carn Boys School and Dad was always heavily involved in Carn FC, so that got me involved. Although he never got me supporting Chelsea, which he is still disappointed about. He still blames Gerry Glack (Supervalu Carndonagh) for me being a Man United fan.

Who in your opinion would top the Inishowen League's all-time best list?
Stephen McLaughlin (Master) was one of the best players I played with and against. But in terms of playing in the league for a long time, Kevin Hirrell was always a top class player, a real leader with a great attitude and a real stalwart of Carn FC. Brendan Devlin was another top class player with a great attitude and had a real winning mentality.

Which sporting personality do you most admire and why?
Roy Keane. His will to win, never say die attitude and his ability to make those around him play better was something I always admired. Michael Murphy for Donegal is another who is very modest off the field but always leads by example on the field.

What is your proudest sporting achievement?
Playing wise, being named captain of Carndonagh FC last season was a real honour and I really enjoyed leading the team out in the cup final versus Greencastle last year, despite the result not going our way on the day. Winning the junior championship in 2008 with Carn GAA was unreal as well.

You've been involved in coaching sports teams at Carndonagh CS for some time. That must be really rewarding.
It’s something I really enjoy to be honest. It allows me to build a great rapport with the students and it’s great to see students enjoy themselves, achieve success and gain recognition outside of the classroom.
The school and the parents are always really supportive and I’ve been lucky to coach some very good teams and players with great attitudes, which makes it a lot easier. I’ve been lucky to be in the school during such a period of success also.

You coached the school's first year girls to the FAI Schools national title last year. How was that?
It was an incredible experience. The girls were absolutely fantastic all year in terms of their application to training, their dedication on and off the pitch. We had a lot of very tight matches and every game throughout the year (except for one game) was decided by just a single goal.
This included an All-Ireland final in which we conceded in the last minute, to take the game to extra time but the girls dug in again and showed great battling qualities to come back from that and win.
That was a great day in Oriel Park, Dundalk in which about 400 fans from Inishowen came up to watch and we had a great homecoming back at CCS too. It was a great year and it culminated in us winning the UK and Irish championships over in England in September.

Do you reckon you're a better player than the oul' fella? (Carn FC chairman Albert Doherty)
Well, Alberto’s favourite player was Ron ‘Chopper’ Harris and from what I heard he played in a very similar way to Chopper as well. Luckily with Dad being a politician, I’ve learned how to be diplomatic in answering questions, so I’ll just say ‘it’s very hard to judge players from different eras’.

Will Carn stay up this season?
Hopefully we will, but we know it is going to be a tough few months. We have mixed some very good performances with some not so good this year. We have a few tough games coming up now towards the end of the season so we need everyone knuckling down and sticking together to get a few more wins that will hopefully see us safe.

What advice would you give to a young player hoping to make it to the top?
Work to the best of your ability and enjoy it. Developing resilience is key, every player is going to suffer setbacks at different stages, injuries, losing key games, getting dropped from a team.
These setbacks are inevitable but it’s how you deal with them setbacks and bounce back from these disappointments will help you develop into the best player you can be.