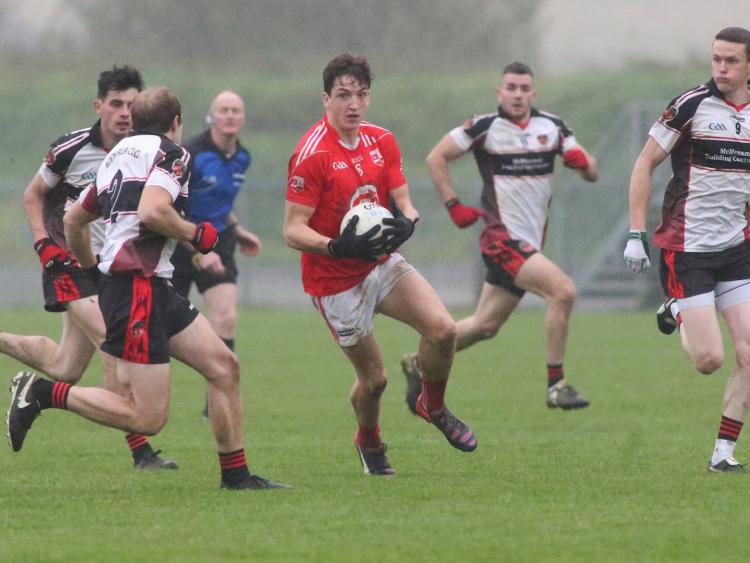 As someone who spent a lot of time in nets, how did you transition and become an outfield player for Naomh Colmcille?
I always played nets in soccer, and when I starting playing Gaelic when I was 11 there was fella, James Curran, who was always the keeper, so I was just put in midfield.

You were a pivotal player during Naomh Colmcille 2017 season when they won the Ulster Junior title. How did that feel, were you under a lot of pressure?
It was one of the best feelings I've had in my life, just in terms of what had happened with my hand and the surgery weeks before, then with the passing of James Dowds (Newtown founding father). It was just unbelievable.
I suppose there’s the pressure you put on yourself as a player, but nobody really expected anything from us so there were no expectations of us outside of the team.

Who can you count on to lift the spirits in the dressing room and get the team ready before an important match?
Joe Donaghy (first team manager) has a no rubbish way of talking so that’s good. Ryan McErlean and Alex Devenney are lads whose words carry weight, as do Gerard Curran’s. But a special mention for Ryan McKinley though - the two of us would have similar attitudes so I love it.

Which sporting mentality do you most admire?
Win at all costs.

What is your proudest sporting achievement?
Winning the Ulster club title with Newtown.

How did it feel when you got the call up to the Donegal squad?
It's great to be put into that sort of company.

What has it been like being on the squad and do you think taking part in the training and learning from the more experienced men on the team has made you a better player?
I've definitely learnt a lot in terms of how to attack and defend. It's been great to be a part of some big days.

Do you think you're a better player than your brother, William?
Sure how could I say no to that!

How are Newtown going to do this season?
With a bit of backing you never know how we could end up, so we’ll see how it goes.

What advice would you give to a young player hoping to make it to the top?
I’d advise them to ask somebody else. But I'd just say - put in the work.