READ THE REID: Yes Trump is rude and vulgar, but is he really the ‘bad boy’? 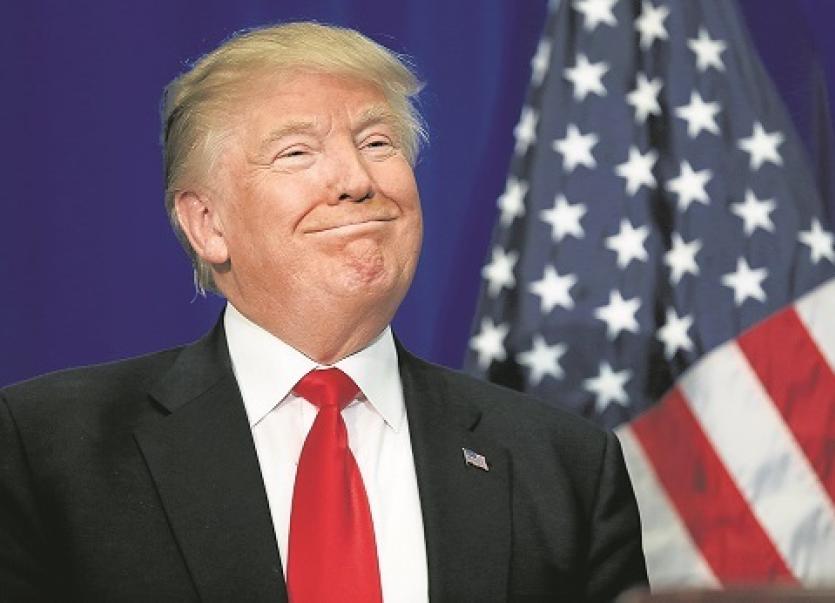 The “bad boy” is US President Donald Trump and the “good girl” is Hilary Clinton.
In 2016 Hillary Diane Rodham Clinton and Donald John Trump went head to head for the presidency of the United States of America – the most powerful political position in the world.
In the two-horse race, Clinton was odds-on favourite to win with Trump placed as the rank outsider.
Trump won. Pre-election pundits on the left ridiculed and laughed at the billionaire TV personality. They have been trying to destroy him ever since.
With no GAA activity in sight for the foreseeable and long-term future, it’s good for the soul to stimulate one’s senses with other interesting themes.

Trump
Almost everybody in Ireland dislikes Trump. Why? Because of the way that he is portrayed in the establishment western media, including ours.
Yes, he is rude and vulgar, direct and unapologetic and rambles incoherently at times. Unlike Obama and the Clintons, he isn’t a product of the Frankfurt School; a thinktank hell-bent on destroying western civilisation.
So, you believe that Barack, Bill and Hillary are fantastic, wonderful and exceptional people. Hillary Clinton and Barack Obama are devotees of Saul Alinsky, the founder of an agitation tactic known as “community organising”. He knew that America was too strong to be taken down by violent revolution and advised young radicals to become active in their local communities and to infiltrate the political system.
In 1971 he wrote a book called ‘Rules for Radicals’ and dedicated it to Satan. 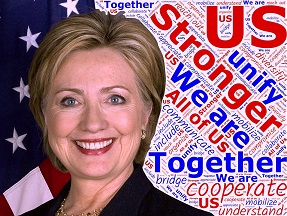 Hilary Clinton (pictured) wrote her college thesis on Alinsky’s ideas. Barack Obama worked as a “community organiser” in Chicago in the 1990’s.
Donald John Trump wasn’t joking when he said that he’d jail Hillary if he is in charge. Well, he’s in charge now and Mrs. Clinton may be behind bars in the not too distant future.

Saint
Obama is not the saint that he is portrayed to be. You will have to go behind the mainstream headlines and refer to the alternative media platforms, readily available on the internet, to keep abreast of very important and very fluid happenings in relation to Mrs. Clinton and Mr. Obama these days.
During the election campaign in 2016, Clinton referred to Trump’s supporters as “deplorables”, a highly derogatory remark.
Trump’s supporters are made up of staunch conservatives and working-class low-income earners who are less likely to have a college degree and earn less than $50,000 a year.
Trump was the underdog who beat America’s and the world’s darling, Hillary Clinton. Trump now backs the underdog and wants America to regain control of its own sovereignty and not letting unelected officials in the UN dictate to him.
He recognises that sovereignty isn’t achievable with open borders and believes in legal immigration.
Trump said that he would bring jobs back to America which he has done. He is challenging the private Federal Reserve Bank which holds the USA financially hostage. It is a private bank owned by private individuals.

JFK
Trump wants his government to print its own money as JFK wanted, with gold as a back-up reserve.
President Trump is an irritant for the one world government crusader globalists. He doesn’t conform.
Donald J. Trump is the first ever US President to attend a Pro-Life rally. He is in direct opposition to Hillary Clinton who wants to kill our unborn children right up to birth. Mrs. Clinton believes that her daughter Chelsea wasn’t a human person until Chelsea made that journey from her mother’s womb to her breast in a matter of hours. This beggars belief.
Yet, President Trump believes that Chelsea was a human person from the moment of conception.
Trump’s “deplorables” trust in the authentic and not in the disingenuous. They may not be progressive, egotistical, sophisticated or absorbed in their own self-importance, however they do still hold to mostly traditional American values such as basic human rights and dignity, freedom of speech, are family centric and have moral ethics.
President Donald J. Trump is not the elitist corrupt conformist President that the Frankfurt School wants. That’s why he has been labelled very recently as “the most dangerous President in modern American history” by failed 2020 socialist presidential candidate Bernie Sanders.
The fact that the current the American President pulled out of the Kyoto Climate Protocol along with the Paris Climate Agreement has really annoyed many people who have been duped into the global warming hoax.
Environmentalism’s true purpose is to use phoney global crises as pretexts to raise global taxes (carbon tax), erode national sovereignty, empower the UN and to keep the poor nations dependent on the UN for aid.
Donald John Trump is far from perfect. He has made many mistakes and is unpredictable.
I’m certainly very uneasy about his pro-Israel stance particularly Israel’s unlawful occupation of Palestine and Israel’s suppression of the Palestinian people. I was there in 2013 where I experienced and witnessed the army’s intimidating military presence first-hand.
It reminded me of Northern Ireland during the ‘Troubles’.
I know the story of Israel and how and why it was founded.
President Trump knows too. He’s a much wiser man than we are led to believe. I hope that I am too.
Keep the faith!