A nostalgic look at how Christmas shopping has changed for ever - and it's not because of Covid! 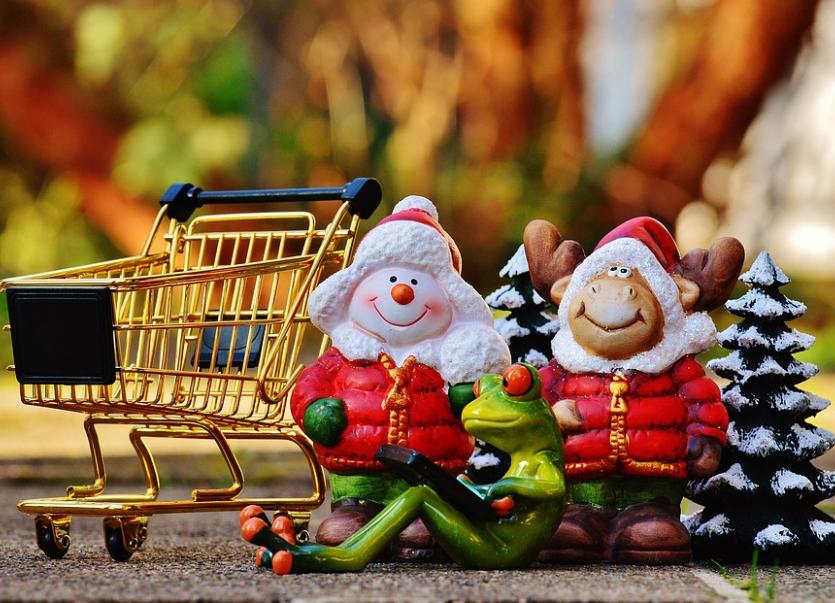 News that 420 Argos stores are to close across the UK and Ireland came as something of a jolt.

The announcement followed on the heels of another announcement in July - after almost 50 years, publication of the iconic Argos catalogue would cease.

It is a real sign of how our shopping habits have changed so significantly in a very short space of time.

I can still remember the sense of excitement when, 13 years ago, Argos opened alongside Boots, Menary’s, TK Maxx, New Look, Marks and Spencers and more in the newly built Letterkenny Retail Park. The town could finally hold its own with the other major shopping destinations in the north west.

Back then, the great thing about Argos was that you could make your selection from the comfort of your own home. From new bedding or curtains in any colour imaginable to watches, jewellery, gadgets, technology, household appliances, furniture, gardening equipment, toys and games, it was all there to be studied (or should I say, drooled over), compared by features and price, and reserved - by phone!

Then, for those of us living south of the Gap, there was the trip to Letterkenny to pick up our wares.

And therein lies the answer to why Argos is losing its relevance in the consumer landscape of 2020.

Nowadays shoppers can do all of the above online and the goods are delivered to their doorstep within a day or two. Unless you need something there and then, or you live relatively close to a store, Argos has little to offer when compared to countless online outlets.

That is even more true since the Covid-19 pandemic hit our shores, with many local, independent shops working on their websites and social media pages to cater for online shoppers.

This is a positive development for local retailers and the economies of our small towns and villages.

But it does feel very much like the end of an era.

Christmas will be very different this year in many ways that are much more important and challenging than our changing shopping habits.

But it will also be our first Christmas without the Argos catalogue. The days of sitting in front of the fire of a winter’s evening browsing the thin glossy pages are over.

Yes, we can do all that online. But it's not the same as holding the 1,500+ page catalogue in our hands and discovering no end of hidden treasure therein.

Children got plenty of inspiration for their Santa lists. DIY enthusiasts completed no end of projects in their imagination as they studied in detail the capabilities of the latest power tools. Interior design plans for whole houses were drawn up in people’s minds from the endless inspiration that lay between the catalogue’s covers. Tricky workplace Secret Santa dilemmas were soon solved, and our own personal wishlists grew along with our shopping lists as big circles were drawn around desired items with a pen or marker.

I hope that there is a full collection of all 93 editions of the Argos catalogue being kept safe somewhere. It would be nice for future generations to get a sense of the shopping catalogue phenomenon, the demise of which is a mere footnote to the huge events of 2020.

And wouldn’t it be fascinating to take a journey through time via half a century of Argos catalogues to see the changing trends in furniture and homeware, and the evolution of household appliances and technology?

Imagine the childhood memories evoked by toys of their era such as one of my personal favourites, the classic blue and yellow boot roller skate, or its predecessor - the metal skate which laced on over your shoes; glittery disco bopper headbands; endless bouncy fun with space hoppers; Barbies and Cindys of the various decades; spinners - which were yo-yos adorned with various soft drinks brand logos; and the beginning of crazes such as the Rubix cube which first hit the shelves in 1980.

Particular changes such as the development of electronic gaming and home computing would be interesting to follow, as well as the evolution of personal music systems from the first Walkman through to the early iPods and on to today’s smartphones.

It would be interesting to see which household items that were once in every home in the country have quietly slipped out of usage. I remember for example, a plastic and wire egg slicer that gave perfectly sliced hard boiled eggs, and every house had a bath rack which sat across the bath and held soap, sponges, a jug or bowl for rinsing hair, a nail brush and maybe a bath toy or two. I would have included sandwich toasters and Soda Streams in this section, but they have made quite a comeback and in the last year, I have bought both these items which I had thought were consigned to the archive of my childhood.

And while the Argos catalogue was designed with one single purpose in mind - shopping - it was quite a useful item in other ways too.

Necessity is, as the saying goes, the mother of invention. And with most homes having a few Argos catalogues to hand, they proved to be the perfect solution in many a predicament.

Having four daughters, it was regularly used in my house to rest hands on while nail polish was being applied.

At one point, there was a leg broken on a bed and we used a stack of half a dozen catalogues to prop up the bed until such time as we could afford to replace it. Those same catalogues were then recommissioned - with the addition of a few more that had since accumulated - to make a stack behind the tv unit in the corner of the sitting room. This was used to hold a multi-socket extension lead, saving us the bother of having to perform amateur gymnastics to get at the wall sockets behind the telly.

I’ve seen Argos catalogues being used as draft excluders. And I remember when a friend’s CD player on her 3-in-1 sound system wouldn’t stay closed, she had the bright idea of weighing it down with a catalogue.

I’m sure everyone has their own memories of the Argos catalogue and of the many delights it presented over the years.

While Argos has not gone away, this really is the end of an era in terms of shopping habits. We all have a choice as consumers - turn to the faceless online retail giants or return to our local shops, embrace what they have to offer and support their efforts to move with the times.

In the meantime, if you are doing a clearout and come across a few old Argos catalogues, it might be worth checking out what they are selling for on e-Bay before throwing them in the skip. You might just be pleasantly surprised by what people will pay for these nostalgic snapshots of society.