Column: Changing our language to turn the tide on homophobia and transphobia

A small change can make a world of difference 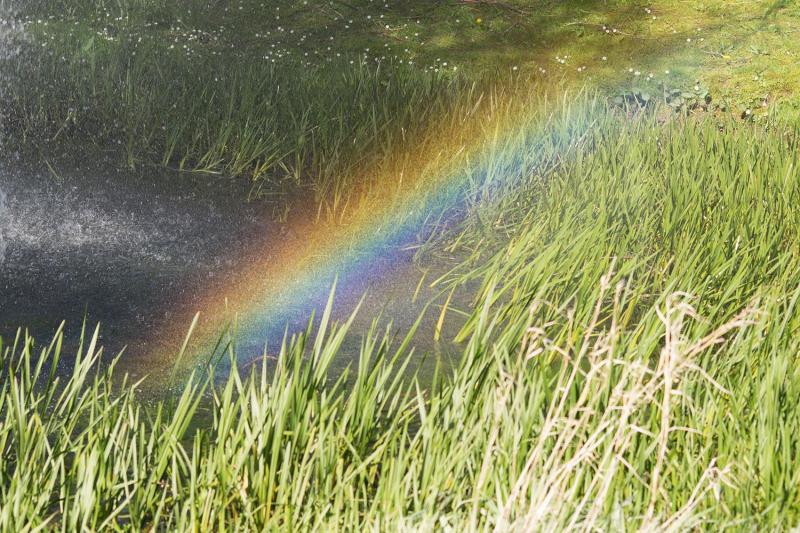 Donegal Person of the Year Noel Cunningham spoke recently about how homophobia, bullying and abuse have not gone away.

He was addressing those gathered at a Gala Ball in Dublin last month to mark his officially being honoured as Donegal Person of the Year.

I don’t think it was a comment that people were expecting from this upbeat, positive, witty man best known for promoting all that is wonderful about our county. And I think the unexpected nature of his words added greatly to their impact.

“I do tell you truthfully that I would not walk from my hotel down through Temple Bar this evening because I can assure you I would get abuse hurtled at me from all quarters,” he said. “That’s a reality. That’s a fact.

“Young people in our school playgrounds are still coming under that narrow-mindedness, and that homophobia, and it is terribly sad.”

Mr Cunningham’s comments were brave and sobering, and I have no doubt that they made some people feel more than a little bit uncomfortable. And rightly so.

We have made huge strides towards equality and that is fantastic, and having equality enshrined in legislation through the Marriage Equality Act 2015 is massively important.

But sadly, as Mr Cunningham pointed out, there is a strong homophobic element festering away in our society.

If any proof of this were needed, the brutal murders of two men in Sligo, motivated by homophobia, could leave no-one in any doubt that we still have a long way to go. Or so you would think.

Former Vice President of the United States Al Gore coined the phrase ‘an inconvenient truth’ when talking about climate change. When it emerged that Michael Snee and Aidan Moffitt had been murdered by a non-national, I found myself thinking that it was ‘a convenient truth.’

Putting the perpetrator’s actions down to him not being Irish (despite living here since he was six years old) was easier than facing up to the fact that such a horrific deed could have stemmed from within a community here in the north west of Ireland. But it most certainly did.

Then we have people like JK Rowling using her massive fanbase and social media following to incite trans-hatred. I find this particularly awful, given that her Harry Potter books told a story of children who felt that they didn’t quite fit into the world around them. They found a place where they were appreciated, their difference literally being their superpower, and they fought and defeated forces of great evil. This is just that narrative that many young people need, particularly those who feel they don’t meet the expectations of ‘normal,’ a word I have come to really dislike.

Sadly it is now clear that Ms Rowling is only interested in certain categories of ‘different,’ and when championing women’s rights, it is only those women who fit into her extremely narrow worldview.

When I see JK Rowling’s vitriol, I can’t help thinking of children and young teens who were feeling like little lost souls, adrift from those around them, and who found hope and comfort in the Harry Potter books, feeling perhaps that there was a place for them to be themselves in a world which had previously seemed only about conformity. It is particularly cruel that some of them have now been thrown into even darker places as a result of the author’s incessant transphobic Twitter narrative.

That one person can give hope and then take it away shows just how powerful a role language can play, and this is where we all come in.

Here in Ireland we have made a lot of progress. But if there is even one person sitting in their bedroom feeling too scared and embarrassed to share that they are gay, transgender, non-binary or anything else, then there is still work to be done.

Only a generation ago, left-handed people were forced to write with their right hand. It seems absolutely ludicrous now. Imagine thinking that something so natural and beyond a person’s control was deemed fixable, or even considered something that needed to be changed.

We need to take the same attitude to sexuality and gender.

This is 2022. A person should not need to have to ‘come out’ while another person doesn’t have to explain or justify anything. And they should certainly not be victims of hate, abuse or discrimination.

If we want to be truly inclusive, we need to do so in every element of our behaviour - our language, our actions, our attitudes, our courage to question and call out homophobia and transphobia, be it open hate speech or poisonous verbal barbs thinly veiled as humour. Getting it wrong, or doing nothing, contributes to untold fear and hurt that runs very deep.

On the other hand, getting it right - which really doesn’t require much more than a small shift in how we talk about sexuality and gender - will create an environment where people young and old feel empowered to be true to themselves, to feel at home in their own skin, regardless of gender or sexuality.

Isn’t that the least that any human being deserves?