"We never doubted that this day would come" 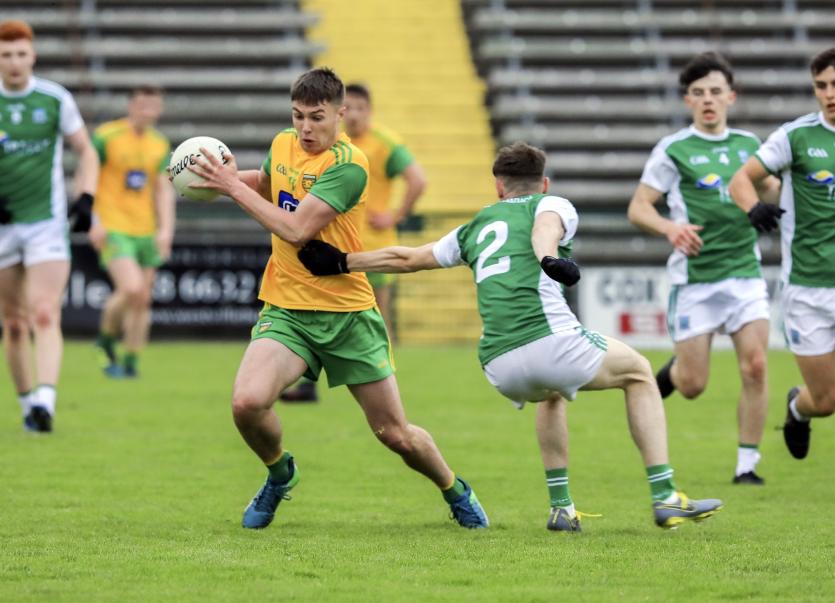 IMPACT: Conor O'Donnell came on as a second half sub against Armagh and scored two vital points.

The man who coached Conor O'Donnell from U12 through to seniors at Carndonagh says he is 'bursting with pride' following his outstanding performance for Donegal on Saturday.

The 20-year-old came on in the second half against Armagh and gave an eye-catching demonstration of class and composure to land two points to help Donegal draw the game and top the Division 1 North table.

"As a club we are intensely proud," said Paddy McLaughlin (Mooney). "We were never in any doubt that this day would come.
"I've been lucky enough to have coached Conor from he was a youngster. He is a great young fella who is one of the most dedicated players I have ever worked with. He is a fantastic role model for young and old."

The performance was a resounding statement of intent from the unassuming O'Donnell, whose promising county career was curtailed in 2019 when, just a few weeks after being welcomed into the senior set-up by Declan Bonner, he suffered a devastating ACL injury.

But he has fought his way back to fitness, and on Saturday gave a glimpse of his enormous potential with an assured display in the half-forward line.

Said McLaughlin: "That was his first real blast on Saturday and he changed the game when he came on.
"That first point he scored was so audacious. To attempt that first time from so far out, and on the sideline, takes some confidence, but that's the mark of his calibre.

"Anyone who knows Conor will tell you he's a shy fella, very modest, but he knew Donegal needed the point and he had the belief in himself to go for it. He has confidence in the right way."

The result has set up a league semi-final clash with All-Ireland champions Dublin, which is set to take place in Breffni Park, Cavan, on Saturday June 12.

O'Donnell's head-turning performance will give Declan Bonner plenty of options ahead of that crunch clash, and McLaughlin believes it is the young Carn man's versatility that could prove a vital component of the side's success going forward.

He said: "Conor is so strong on both feet. He can swing from one to the other in a heartbeat and that makes him really hard to mark.
"He's so hard to close down as well, because once he gets some open space in front of him his pace just kicks in - thankfully the injury hasn't affected that aspect of his game.

"I was bursting with pride watching him on Saturday - you should have seen the state of me in the house when he kicked those points over.
"He is definitely something special. Talk to anybody in GAA circles in Donegal and they speak of him with such high regard.

"Injury slowed his progress but hopefully this is the start of a great time for him now.

“He has worked so hard and has very supportive parents who have done so much to help him achieve his dream.
"I have such immense feelings of luck and joy that I have had the opportunity to coach him."