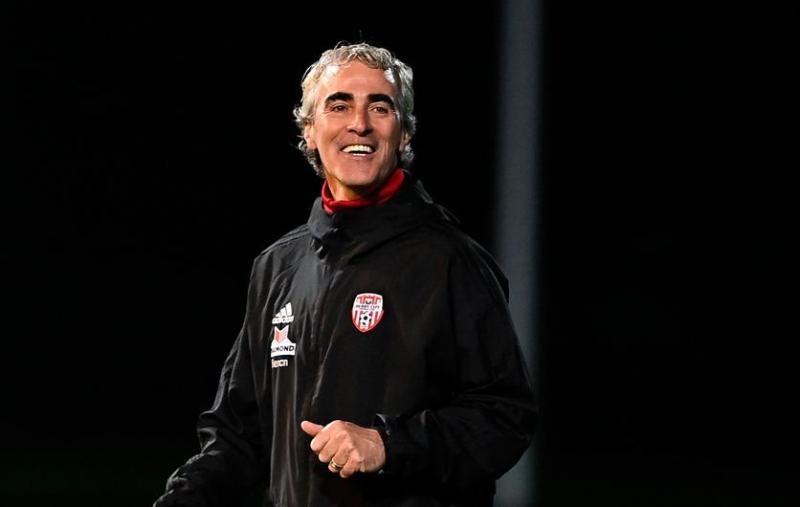 Jim McGuinness says he is focussing on his soccer coaching ambitions, quashing suggestions that he is set to join the Down backroom team.

McGuinness was said to be close to joining a new management team in Down, headed up by Conor Lavery.

However, the Glenties man has firmly dampened the notion.

“I told them all the same story - that I am very much focused on soccer at the moment and waiting to see what might happen or not happen at the end of the season,” he said.

After Donegal lost the 2014 All-Ireland final to Kerry, McGuinness stepped down from the role.

The Glenties man began working as a performance consultant with Celtic FC in 2012.

He worked at Beijing Sinbo Guoan, ending his time in China in January 2018.

After a short spell as the head coach of Charlotte Independence, McGuinness returned home.

McGuinness was part of the back room team at Derry City Under-19s, who won the Enda McGuill Cup two weeks ago.

McGuinness is continuing to obtain his coaching qualifications and remains commuted to a career in soccer.

He said: “The only Gaelic football team I am coaching at the moment is the local under-12s (St Michael’s) as I have two children involved.”