Redevelopment works in the pipeline for Sean MacCumhaill Park 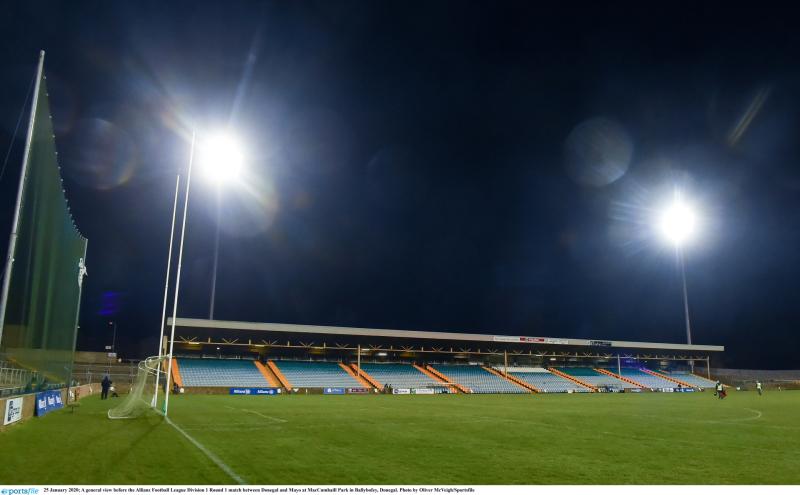 Development Officer Charlie Kerr, in his report to Monday’s County Convention, said that the Finnside venue ‘is a priority item’ for the Development Committee.

The works, he said, ‘features in all our plans’.

The surface at Sean MacCumhaill Park was much-maligned in recent times, but works would include what Kerr called ‘other important investments identified for the ground’.

County Board chiefs have meet with the parks committee of the Sean MacCumhaills club and items are ‘progressing’, Kerr said.

A full refurbishment of the pitch, which is expected to host Donegal’s Ulster SFC opener against Armagh next year, has been costed at €165,000.

Sean MacCumhaills have prepared a list of draft proposals, currently being prioritised by the Development Committee including: Addressing the corrosion of steelworks in the main stand; improvements to the accessible viewing area in the stand; increased toilet facilities; refurbishing the dressing rooms beneath the press box; installation of new toilets in the south east corner of the stadium; reconfiguring the bar to include a gym; lighting the running track.

There is a live application, which Kerr says is ‘imminently pending’, to upgrade the following: Fibre broadband for streaming, press box and spectator wi-fi; upgrade of ticket scanning at all gates; and installation of state-of-the-art CCTV. The total cost of these works is estimated at €60,000.