Donegal fans to get refund over streaming issue 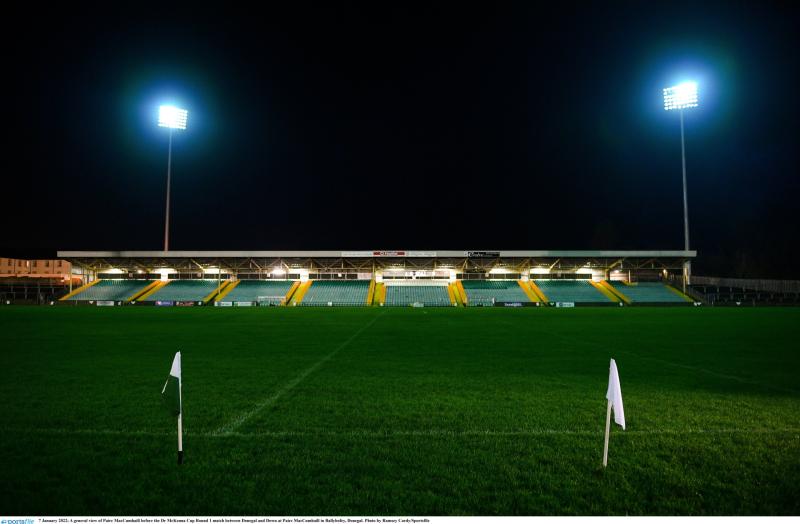 Imminent investment into upgrading of the broadband at Sean MacCumhaill Park will prevent further issues with the streaming of matches from the venue.

Fibre broadband will be installed at the Ballybofey venue in the coming weeks, a move that GAA officials say will alleviate problems experienced.

Supporters who forked out €12 to watch Friday’s Dr McKenna Cup game between Donegal and Down reacted angrily when the stream froze for around 15 minutes in the first half.

Ulster GAA, who were in charge of the fixture, have confirmed that those affected by the loss of transmission will be refunded.

“There is no justification for it. The Donegal viewership is very important to us and we want to ensure that everyone who purchases a stream can avail of the service. We put strong commentary teams into our games to improve the package.”

Ulster GAA officials were to hold a review meeting on Monday to ‘discuss how and why it happened’.

The provincial council employ the services of Nemeton TV for these games, which are shown via their BeoSport platform.

Mr Woods said: “There is a service provided and they have a support desk through the streaming service. They can’t just reach out to people who go to social media, but there is a policy in place. There is absolutely no issue on it.

“We have a number of tiers regarding streaming. We have gold level, where we know that there will be absolutely no issue.

“We have areas where there is absolutely no broadband and for that we can hire in a satellite van at a substantial cost. Those games become loss leaders generally, but they are a part of the bigger picture.

“The problems arise in the middle, where you can have very good coverage or you can hit a glitch. Ballybofey comes under that tier. Last year, we lost a complete half of a game in Ballybofey and the game on Friday was down for around 15 minutes.”

Similar issues arose during the streaming of games in the 2021 Donegal club championships.

In his report to the annual convention in December, Donegal GAA PRO John McEniff wrote: “The necessary investment in MacCumhaill Park to bring it up to the required standard is, however, imminent with the installation of fibre broadband that should solve this problem.”

Mr McEniff confirmed to Donegal Live that there ‘will be investment in the next couple of weeks’.

He said: “The work was due to happen in 2020, but was delayed due to the Covid-19 pandemic. That will be happening now in the next few weeks.”

Mr Woods said that the installation of fibre broadband would bring Sean MacCumhaill Park to the ‘gold standard’.