Brennans and Jason McGee set for Donegal returns in Antrim 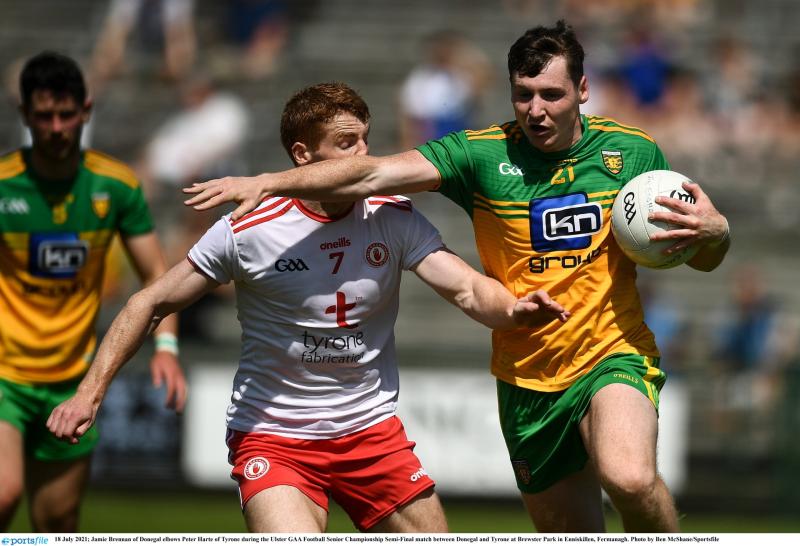 Donegal manager Declan Bonner expects to welcome some more of his experienced players back to action this weekend.

A draw with Antrim on Saturday (Portglenone, 1.30pm) will confirm a place in a Dr McKenna Cup semi-final.

McGee played for Letterkenny Institute of Technology in a Sigerson Cup win over IT Carlow on Tuesday night.

“It’s a big difficult, but we’re not too badly fixed at the moment.

“We’re gathering up a lot of evidence with the injuries and seeing how players are from the Sigerson, but we’re back training on Thursday night and we’ll see how we are.”

Termon’s Jamie Grant, who made his debut in Friday’s 1-13 to 2-8 win over Down in Ballybofey, will be absent after he picked up an injury.

Oisin Gallen and Stephen McMenamin also remain on the treatment table, but Odhrán McFadden-Ferry, who had to be withdrawn at half-time last week, will be fit to play at the weekend.

Antrim beat Down 1-12 to 1-10 on Tuesday night at Pairc Esler, Paddy McBride netting a crucial goal for the Saffrons.

Bonner said: “Antrim will be well set up. It’ll be a good challenge and it’s another chance for us to get a good look at some players.

“We do want and need to get some more experienced men onto the pitch. We’re only two weeks out from that first League game against Mayo and that won’t be long coming around.

“We’re building all the time with that game in the mind. This is an opportunity for a lot of players to wear the jersey and feel that experience.”

There is a potential fixture clash looming next week should Donegal progress to the McKenna Cup semi-finals with LyIT’s Sigerson Cup game against University of Limerick also likely for Tuesday night in a game expected to take place at the Air Dome in County Mayo.

Bonner gave nine players their senior debuts last week and was pleased to grind out a late win despite a 64th minute Odhran Murdock goal threatening to derail them.

The Donegal manager said: “Games are important. The McKenna Cup definitely has a role to play because we are looking at getting a competitive League campaign. We need to get up to speed fairly quickly.

“We had a lot of young lads in the final quarter, but they showed good character to win a match that was very close. They came out on the right side of it and that was very important.”