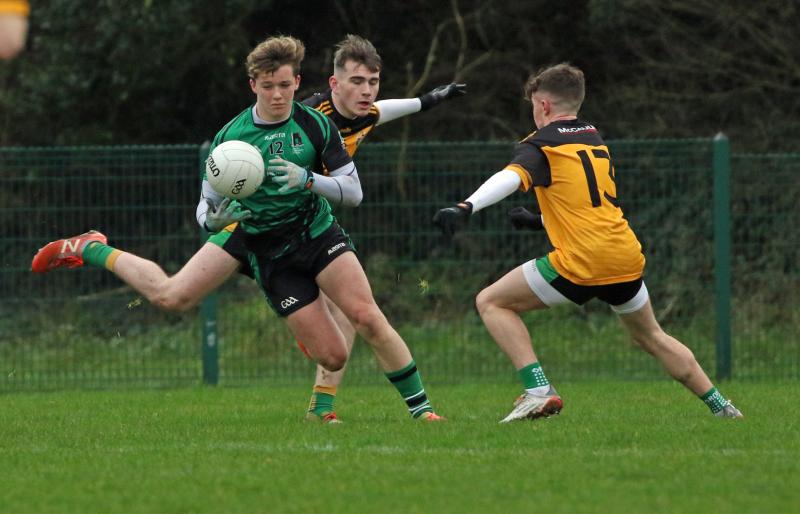 Loreto Community School Milford’s Ulster Schools' MacLarnon Cup season is over for another year following this afternoon’s defeat at the hands of St Joseph's Donaghmore in Strabane.

There is no question about it,  St Joseph’s were the better balanced side in this quarter-final. But the five-point winning margin may flatter just a little as the Loreto boys really put it up to them for the most of the 60 plus minutes.

They were level four times in a low scoring first half and the traded ends at half-time, 0-4 each. 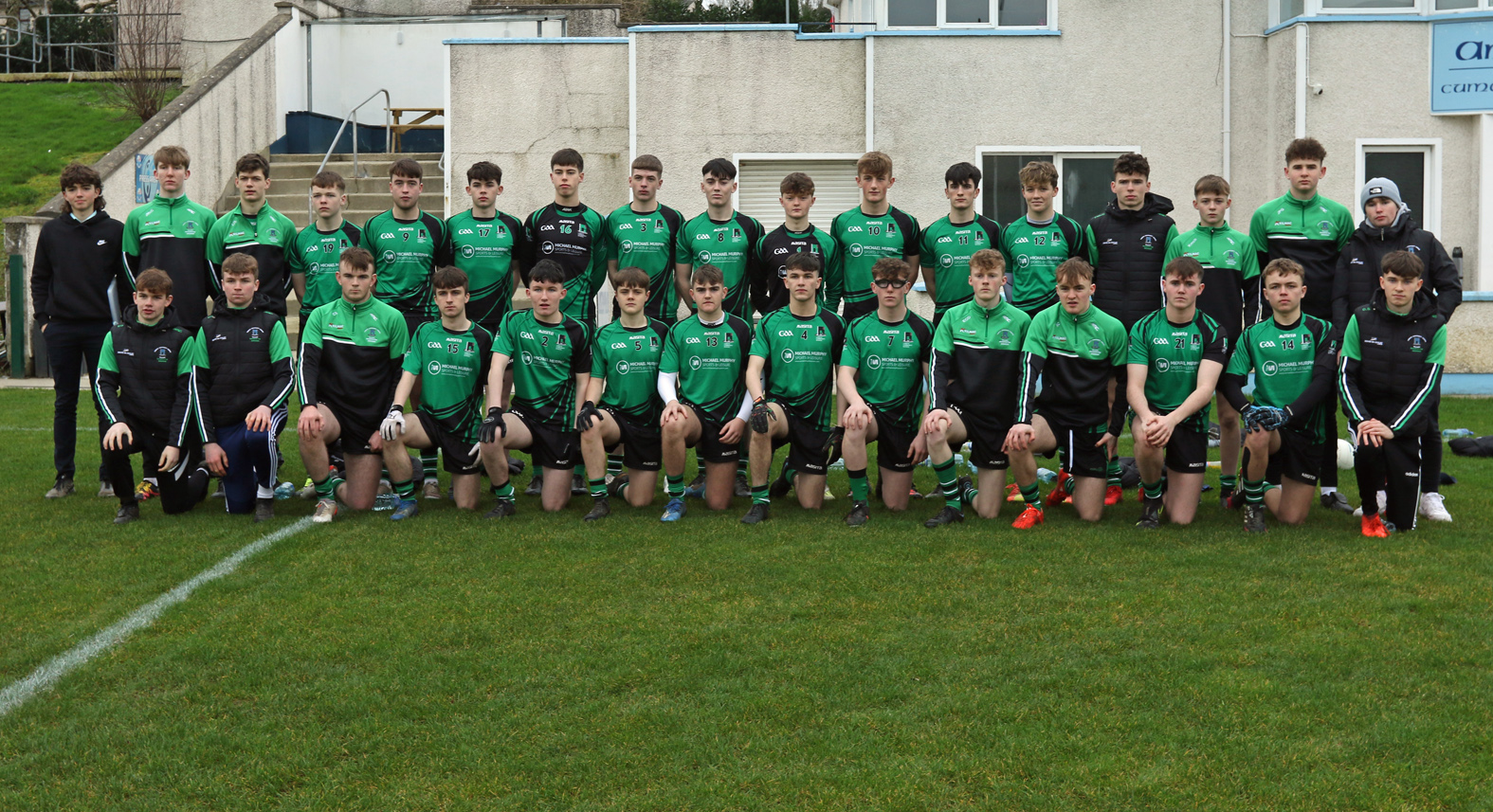 It was 0-1 each at the first water break as the two teams set up defensively. In the end, St Joseph’s greater firepower and two second half goals settled the tie.

Evan Keon scored the game’s opening point and posted two of the Milford points with Eoin O’Donnell and Cormac Gallagher scoring the other two.

Of the two goalkeepers, Eoin McGettigan between the Loreto posts, was the busier of the two and was forced into a number of saves.

One in particular early in the game was from the top shelf when he got down to deny wing-back Lorcan Grimes from close range after a Noah Grimes’ strike for a point came back off the upright.

The early stages of the second half were close and tight. Grimes and Eoin O’Donnell traded early points and it was still a one-point game, 0-6 to 0-5, in favour of St Josephs coming up to the second half water-break. 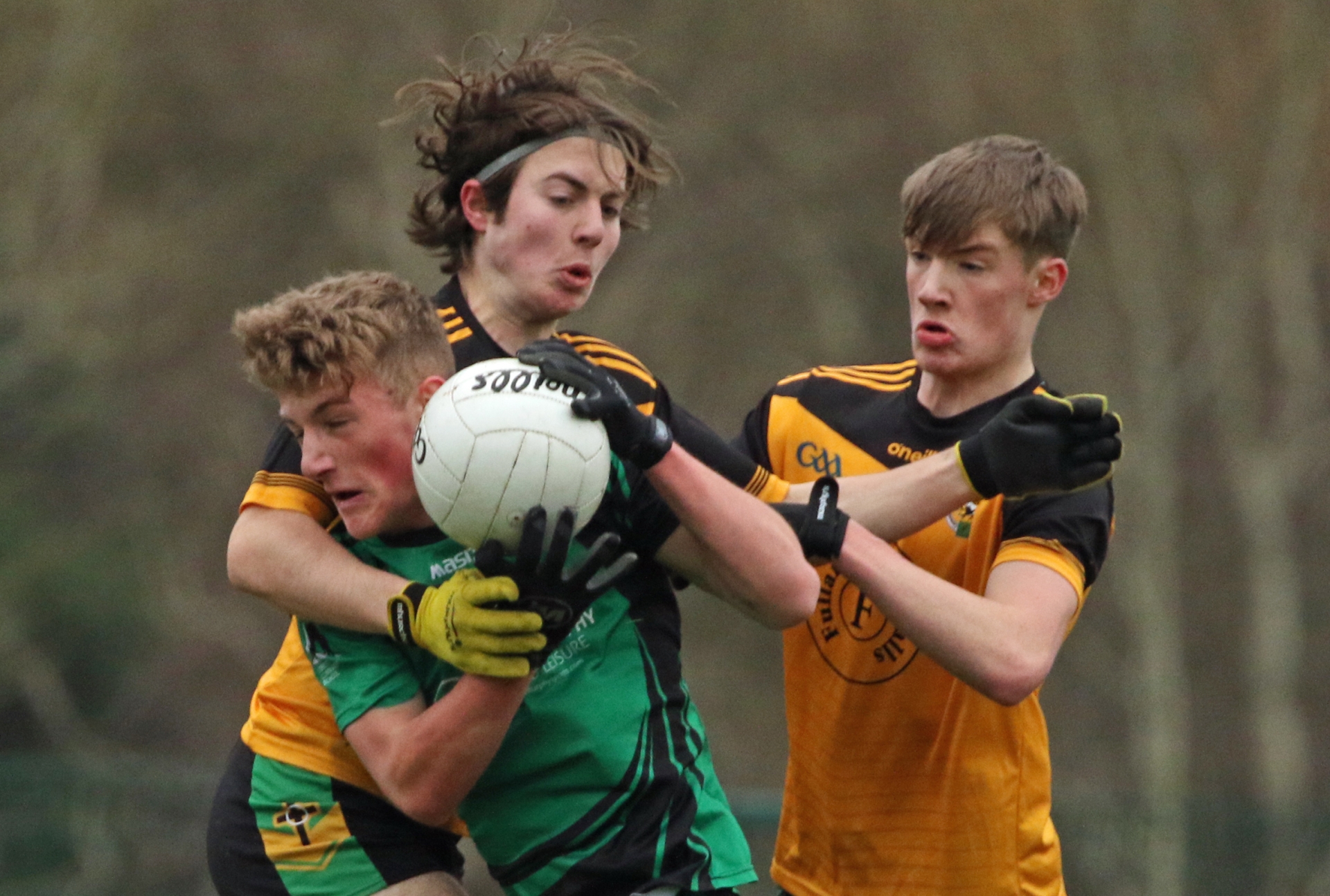 But a quick St Joseph’s turnover and break from inside his own half by Lorcan Grimes set up his namesake Noah for a goal to open up a 1-6 to 0-5 lead.  Eoin O’Donnell made it a three-point game with a close-in free at the three-quarter mark

But this tie was far from over as Liam McGrenaghan landed a  massive 40-metre free from out on the right hand side.

With the margin baclk two, it was game on again. But with Loreto chasing the game and the clock ticking they were forced to abandon their defensive structure.

This left them bare at the back and when man of the match Noah Grimes cut in along the endline, Loreto were stretched and Callum Lagan had the simple task of palming goal number two, and a 2-6 to 0-7 lead. .

And though there were ten minutes left to play neither team scored again. St Joseph’s parked the bus and Loreto threw the kitchen sink at them but the Tyrone boys held out.