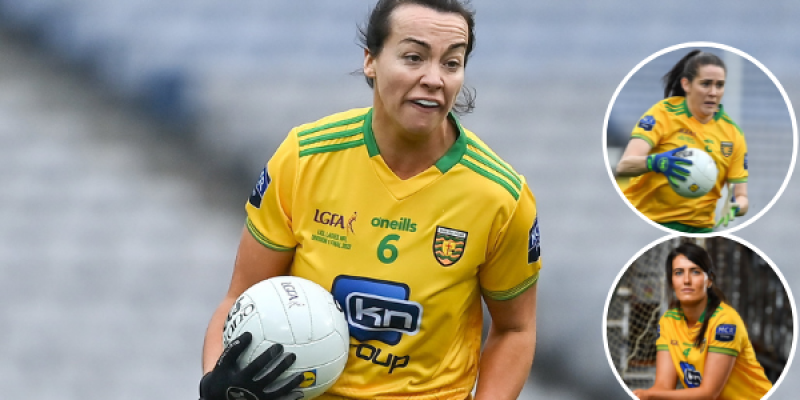 Nicole McLaughlin (main image) with Katy Herron (inset, top) and Emer Gallagher (inset, bottom) are all closing in on their 100th appearances

Katy Herron and Nicole McLaughlin, who have made 98 appearances, are expected to join Donegal’s 100 Club in the coming weeks.

Donegal begin their Ulster ladies SFC campaign on May 1 when they host Cavan.

Emer Gallagher, who is undergoing rehabilitation on a cruciate ligament injury, has made 99 appearances and the Termon woman could be back later in the summer.

Glenfin’s Herron and McLaughlin, who is from Termon, were named on the Donegal Yearbook Team of the Decade in 2019.

Gallagher and Herron won the Division 2 final in 2016  while Gallagher and McLaughlin won an All-Ireland club title with Termon in 2014.