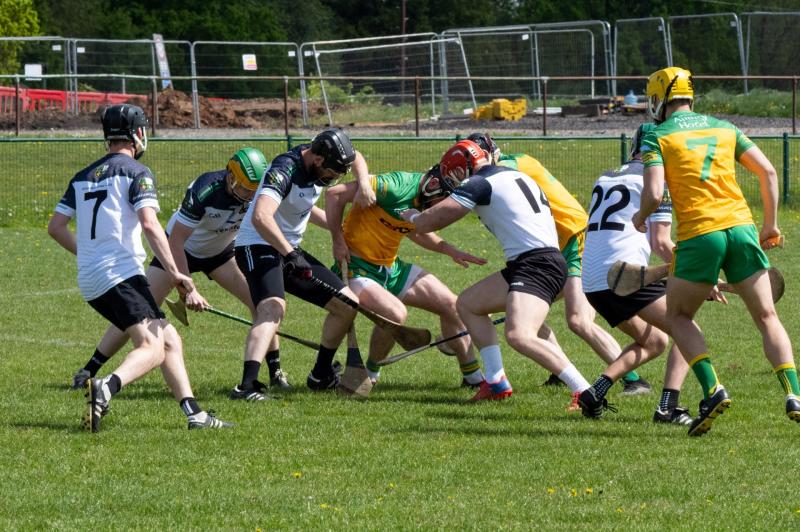 Players from Donegal and Warwickshire contest a loose ball in Birmingham

Donegal had far too much power for a game but badly outgunned Warwickshire side, played in sweltering conditions in Pairc na hÉireann on Saturday.

But, the focus for Donegal now quickly switches to Tyrone following their successful trip to Birmingham in round four of the Nickey Rackard Cup.

Donegal maintained a tempo in the game that turned their opposition into virtual spectators for much of the match. It was a ferocious start to the game with Warwickshire's full-forward Luke Hand getting the scoring under way, to which Donegal then responded with a lightning turnaround, a sprint down the wing and a shot between the bars to equalise the game.

Forcing Warwickshire to make mistakes, Donegal with the help of the pin-sharp shooting accuracy of Declan Coulter, Ruairi Campbell and Ritchie Ryan the lead was then quickly extended to Donegal 0-7 Warwickshire 0-1. Warwickshire's Luke Hand pulled a point back for the home side. 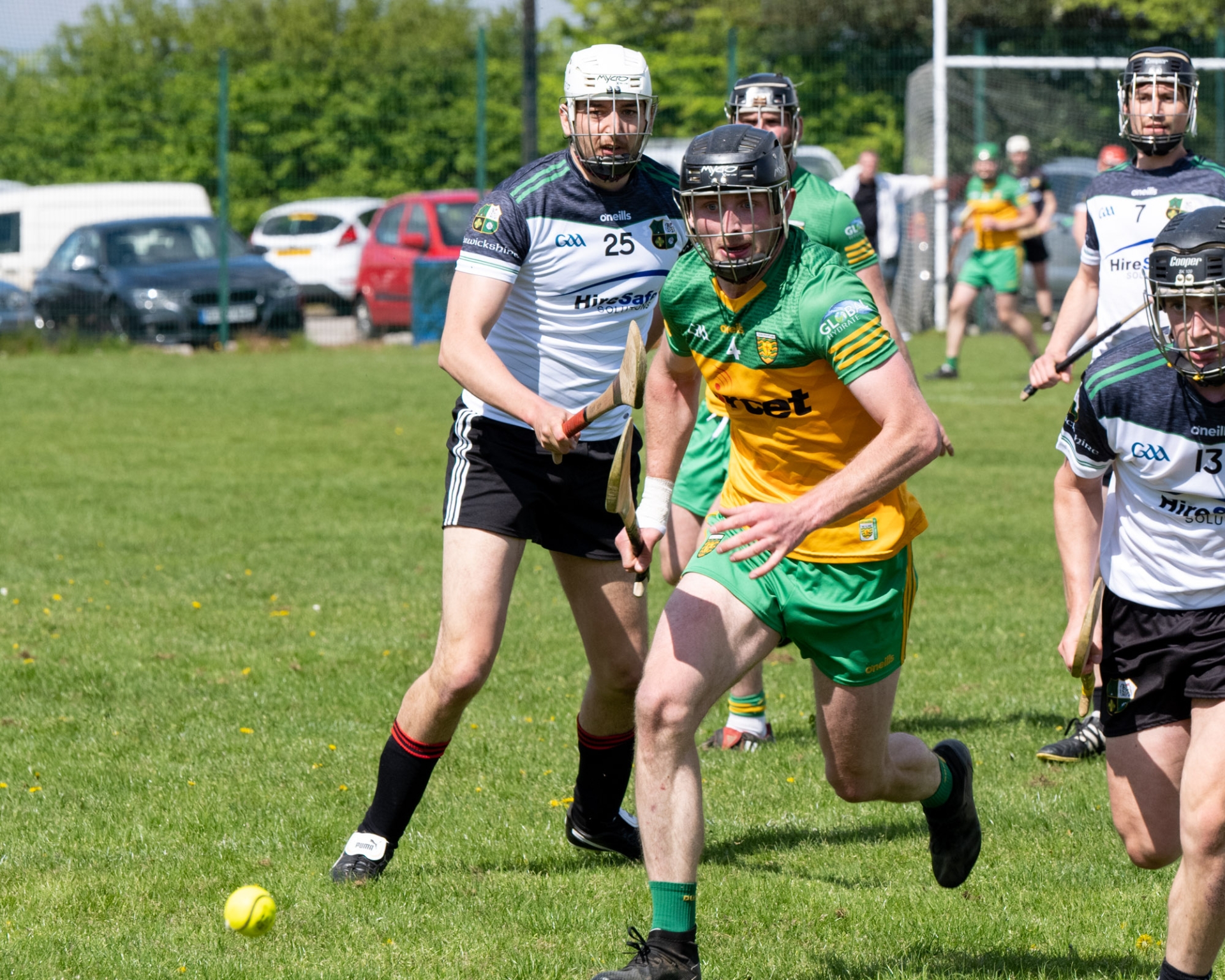 Donegal however who used the wide spaces of the field to great effect were able to notch up another two points in quick succession. After just 15 minutes into the first half, Donegal scoring had reached double figures reading 0-10 to Warwickshire's 0-2 with Davin Flynn in flying form. The first half whistle could not come fast enough for the hosts with Donegal going into the break leading by 0-18 to Warwickshire's 0-5.

The second half got under way to a much slower tempo, mainly due to the unseasonal 20 degree temperatures and attendant fatigue. The waterboys had to work as hard as the players to keep them hydrated.

With Donegal maintaining the tempo and possession they had extended their lead to 16 points and it was clear that Warwickshire's were going to struggle to get back into the game.

Donegal's quick pace and attacking game proved irresistible and they ran out the easiest of winners. his paved their way for a crunch clash with an in- form Tyrone side and if they win it will be a potential place against Roscommon in the final. And that should be a cracker.

Donegal team boss Micky McCann was quick to praise the Warwickshire side "who had had a difficult season this year and kept the goals away today. 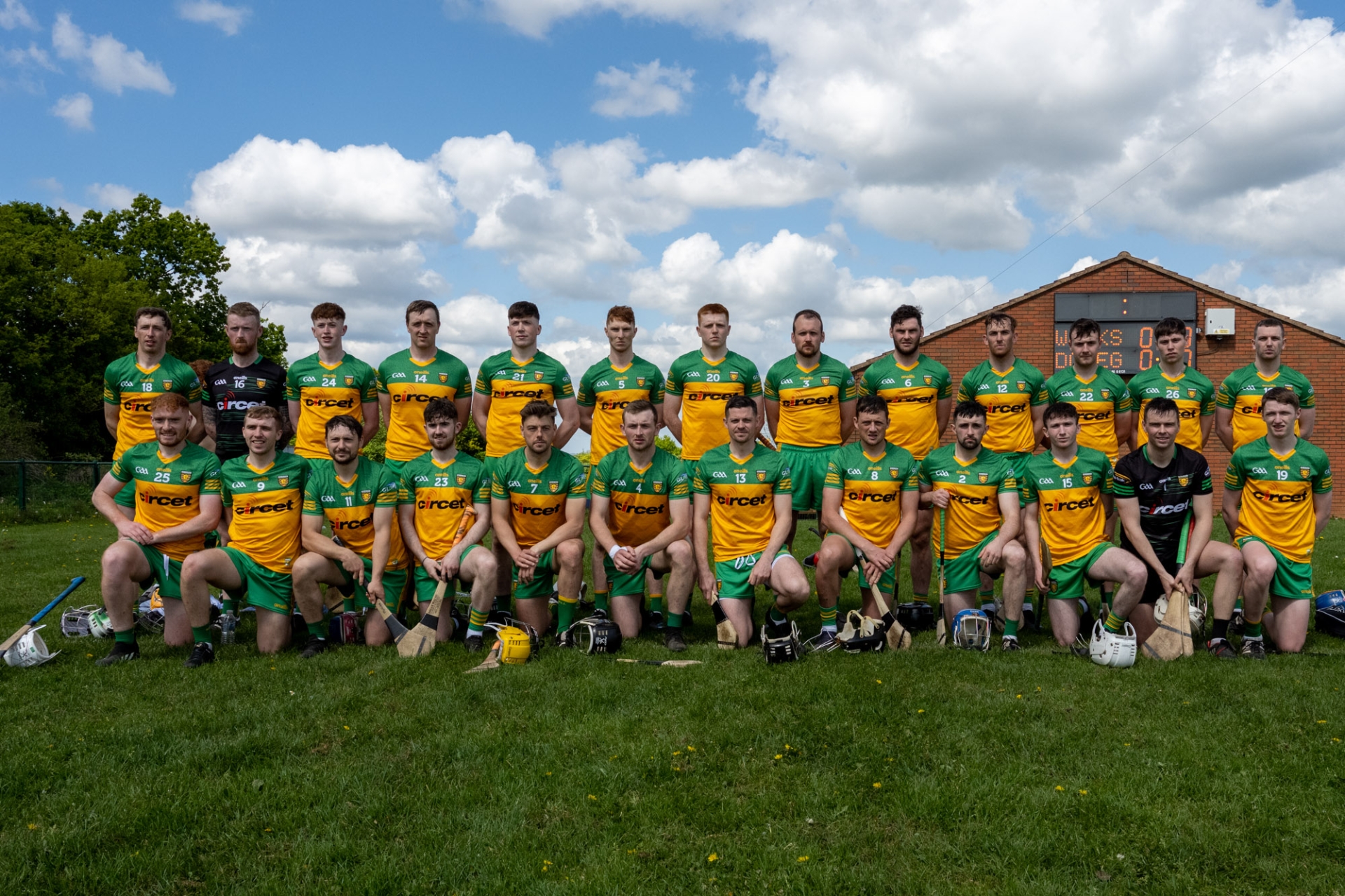 "This a good result for us, we now have it all to play for next week against Tyrone,” McCann said.  "Given the logistics of getting here, which has not been easy, we are pleased to be leaving with a win.

"Fair play to Warwickshire who are having to travel every two weeks. We have Tyrone next week in the Nickey Rackard and then the possibility of Roscommon in the final. Our focus is now on Tyrone next week".