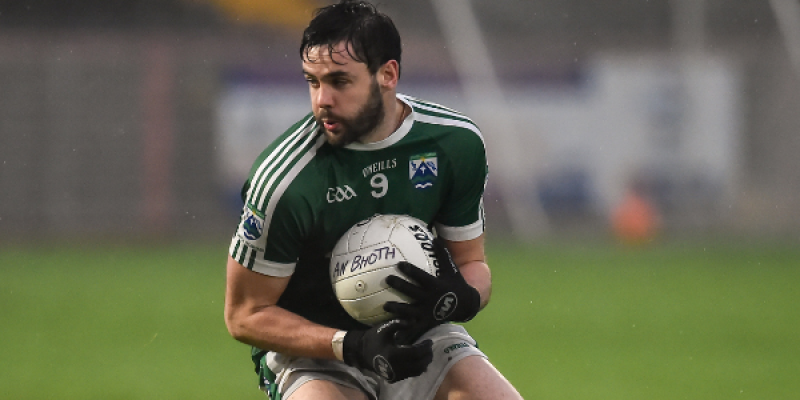 Odhrán Mac Niallais scored one of the Gaoth Dobhair goals.

By Chris McNulty in Magheragallon

Odhrán Mac Niallais and Niall Friel netted the goals in a game played in conditions that belied a Saturday evening in May.

Aided by the returning Daire McDaid, Termon mustered a comeback, but the deficit was just too great for the Burn Road men to fully erode.

Luke Barrett's side were four points down in tonight's Ulster Minor semi-final and had only scored a point in 35 minutes as extra-time fell into injury time . They somehow pulled it from the fire, only to lose out on penalties

Gaoth Dobhair, themselves down a plethora of stellar figures, added a pair of Gavin McBride scores in the second half as new boss Trevor Alcorn recorded victory over his home club.

McBride took a mark, contested by the visitors, quickly to tee up Mac Niallais to find the bottom corner and get the hosts off to a perfect start.

When McBride delightfully sent over a part of 45s, Gaoth Dobhair were 1-4 to 0-2 in front in the 23rd minute.

With Jack Alcorn added to a lengthy injury list before the game, Termon saw James McSharry and Evan Coleman hobble off in the early exchanges.

Oisin Cassidy went off on a stretcher in the 25th minute and Gaoth Dobhair soon hit a second goal, Friel reacting quickest to a dropping ball on the edge of the square. Friel, who was Gaoth Dobhair’s captain when they won the Ulster club title in 2019, spun and found the net.

Friel and McBride added points that gave Gaoth Dobhair a ten-point advantage at the short whistle.

It might have been more, but Cian Mulligan was denied by a fine save from the Termon goalkeeper Darragh Russell.

McDaid rescued the arrears and wouldn’t have had a goal to his tally, but referee Marc Brown had already blown for a free when the Termon sharpshooter rattled the net in the 44th minute.

The visitors fashioned a good chance soon after, but the inrushing Paul Mallons couldn’t get on the end of a ball across goal by McDaid.

In the dying moments, good defending by Gary McFadden put Mallons off his stride after getting on the end of McDaid’s diagonal ball.