The Donegal full-back, Evelyn McGinley, was praised by her manager Maxi Curran for lining up in the Ulster final just days after her father passed away 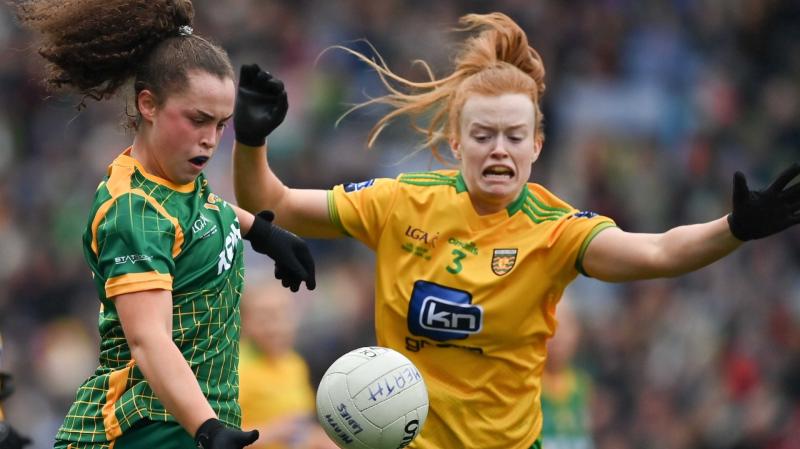 The result mightn’t have gone their way but Donegal manager Maxi Curran paid tribute to Evelyn McGinley on Sunday.
The Donegal full-back, who was nominated for an All-Star last year, lost her father, Mickey, the previous Sunday with the funeral taking place in Creeslough on Tuesday.

A minute’s silence was held at St Tiernach’s Park in Clones ahead of the TG4 Ulster Senior Ladies final, and at the Bridge in Dunfanaghy where St Michael’s, where Evelyn’s bothers Ciaran and Michael are part of the panel, hosted Aodh Ruadh in the All-County Football League Division 1.

Donegal lost out 3-17 to 2-19 against Armagh in Sunday’s Ulster final and open their All-Ireland series next month against Waterford.

“She was just outstanding and played brilliant,” Curran said of the full-back. “She won her battles on the field and we’re very proud of her to come and play for us after the week she had.”