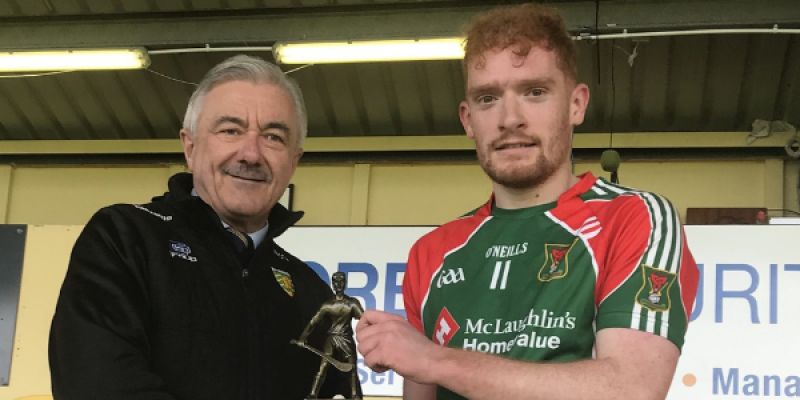 A late pointed free from Cathal Doherty gave Carndonagh a deserved share of the spoils against Sean MacCumhaills in Fodden in the Grand Canal Hotel Dublin Summer Hurling Championship.

This was a hard- fought encounter with very little separating the sides with the home side clawing back a two-point deficit to tie matters.

MacCumhaills led 2-5 to 0-9 at the break with two opportunist goals coming from Conor Griffin and PJ Browne.

Luke White responded with some well-struck frees for Carn.

The second half was well contested also, with White adding to Carn’s tally as they outscored the visitors by seven points to five.

White finished up with 0-12 of Carn’s 0-16 with Browne on target for the visitors in the second half.