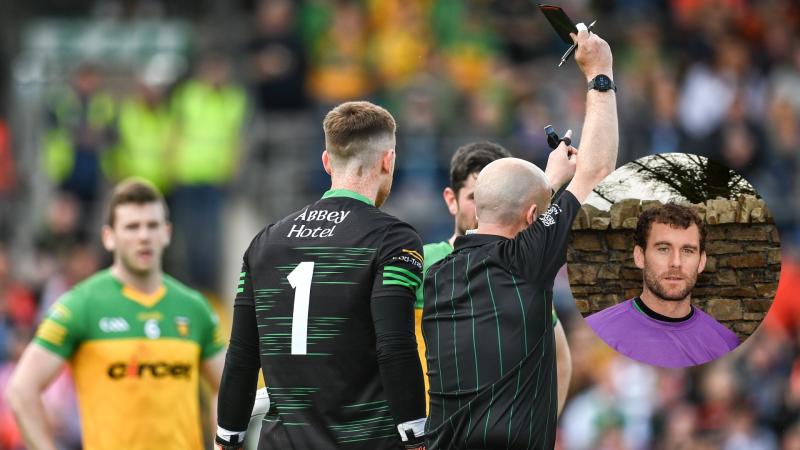 With Armagh having not won an Ulster title since 2008, all that was missing at St Tiernach’s Park on Sunday evening was the Anglo-Celt Cup.

A 10-point hammering of Donegal - the same side who had whalloped them 1-22 to 0-13 in the pandemic provincial semi-final two years ago - has Kieran McGeeney’s side bouncing back to Croke Park with a spring in their step.

For Donegal, that 2020 victory at Breffni Park was perhaps their most recent peak. Next up was an Ulster final loss that few would’ve envisaged to Cavan and Tyrone grappled the balance of power in both the province and further afield last year, while Derry and Armagh now represent the northern province from here on in.

While Amagh’s followers invaded the pitch and their players posed for selfies and hearty pats on the back, the only news that came from the Donegal dressing room was that Declan Bonner nor anyone else would be speaking to the media.

Eamon McGee, an All-Ireland winner with Donegal in 2012, believes there is no need for a knee-jerk reaction following the ‘demoralising’ defeat.

“People ask where now but I don’t think today is the day for that conversation,” McGee said afterwards. They need to sit down and Declan at the minute has a year to run and you have to expect that.

“They need to sit down now, think about it and see what happens then. In the stands afterwards, or sitting in the dressing room, they are not the places to make those decisions. Take stock first as people can make rash statements and do rash things in the heat of the moment.

“For Donegal, we’re all annoyed with the nature of that defeat and there may well be a shout for change, but we’ve got to be careful of what we wish for. We can't just shout change for the sake of change. Let the dust settle. Everyone in that Donegal set-up has earned that right. Give it a week or two and let's see then.”

McGee, like everyone else at the County Monaghan venue, was perplexed at Donegal’s conclusion to the half, which saw them squander a five-point lead before an avoidable series of events that saw Odhran McFadden Ferry and Brendan McCole spill successive kick-outs from Shaun Patton.

It ended up with the Donegal goalkeeper getting back-carded for tugging down Aidan Nugent, substitute Michael Lynch not having a jersey to replace him and Rian O’Neill smashing past midfielder Caolan McGonagle.

A fuming Patrick McBrearty eventually made way for Lynch to come on and Armagh were 2-8 to 0-10 up at the break. They didn’t turn back from there. Donegal had conceded a goal from Rory Grugan after only 10 seconds and then produced a fantastic spell to lead 0-9 to 1-2 at a stage.

“It’s hard to analyse it from a Donegal perspective, as it’s so demoralising,” McGee said.

“After the Rory Grugan goal, Donegal gave a  great response and for a spell they really just cut through Armagh for that 15-minute period. Then, though, Armagh got the press sorted and they got the press going. Shaun Patton gave away a penalty and the black card.

“Donegal, even then, were gone. At half-time there was nothing but doubt there.

“You’ve come off the Ulster final loss, played well for a spell, gone four points down and all the momentum is against you. We saw that with how Donegal began to try and execute their basic ball skills - they were snatching at stuff, they were crabbit. That’s what happens.”