McShea's Say: Where to now for Donegal?

Donegal's 1974 Ulster winning captain Pauric McShea, in his weekly Donegal Post column, looks back on what ultimately was a disappointing year for the county seniors 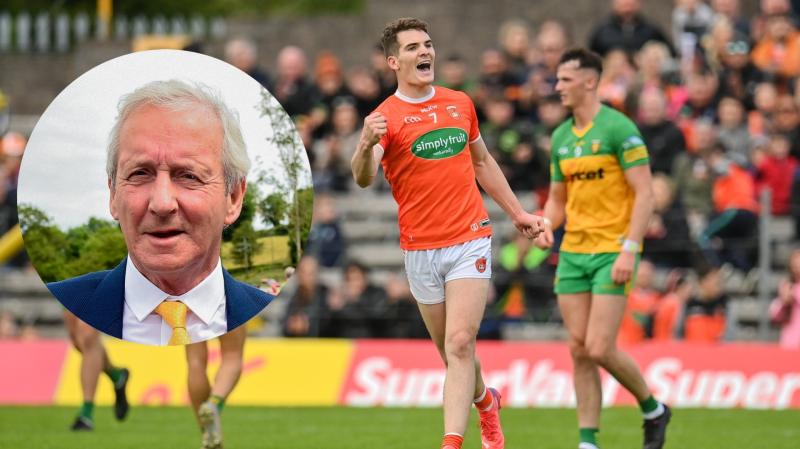 Jarly Og Burns of Armagh celebrates scoring a point during the All-Ireland qualifier between between Donegal and Armagh and, inset, Pauric McShea

After some time for reflection and time to deal with the disappointment of our exit from the football championship, there is lots of speculation regarding the status of our county football team and what the future is likely to hold for Donegal.

I have no doubt that representing Donegal was something that every player togged out against Armagh was something they always dreamed they would do. When it happened walking up the tunnel there is no feeling like it.

You see the fans and the Donegal players would have expected to see a lot more fans, but on this occasion so many of those great Donegal followers voted with their feet and stayed at home. 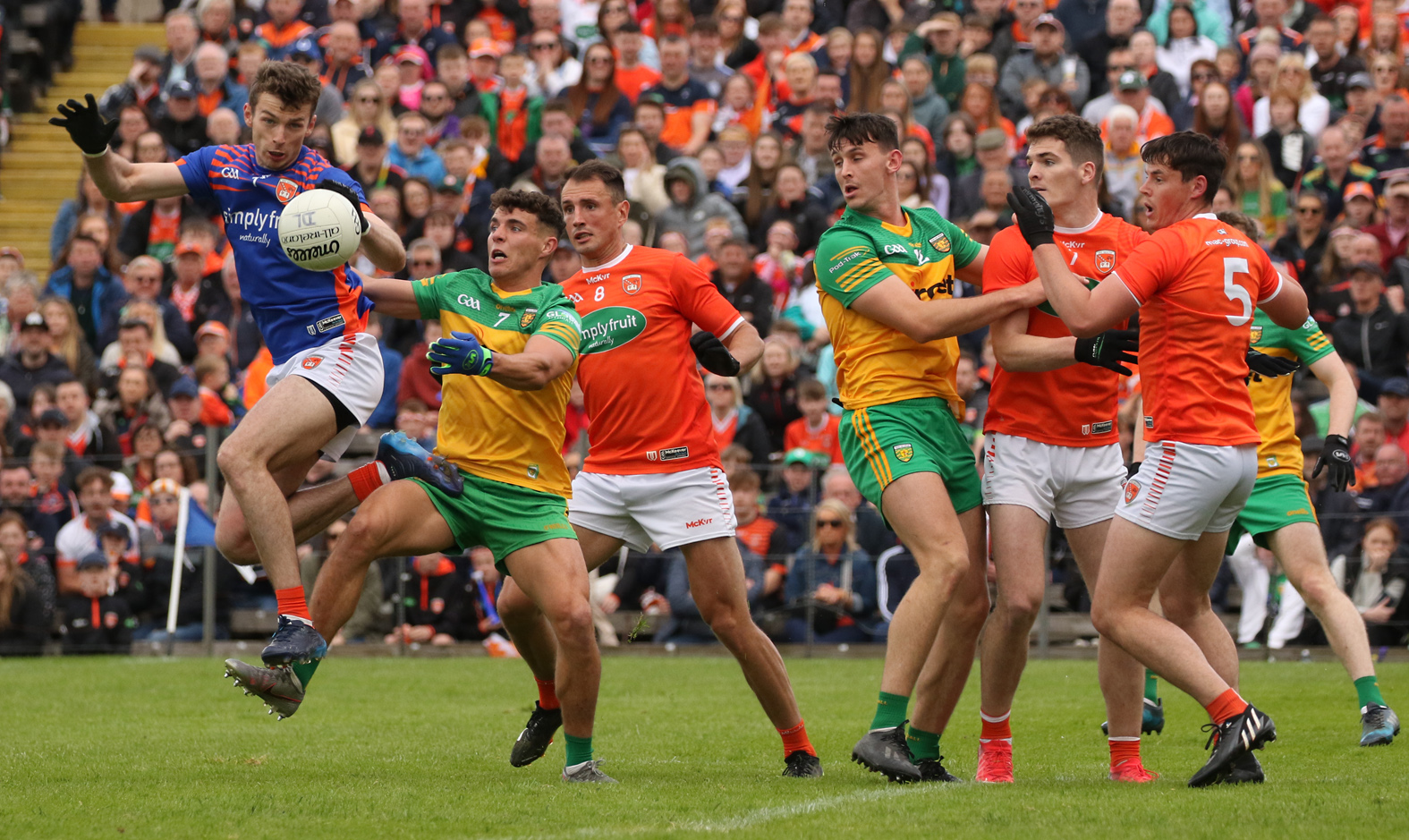 The very difficult economic times we live in was not the real reason so many followers were marked absent. The disappointment of losing the Ulster final to Derry and more especially the manner of that defeat had a resounding negative impact on so many loyal followers.

The lesson to be taken from what was a disappointing season is to beware the proliferation of seemingly surmountable smaller issues building into a perfect storm when results turn disappointing.

If results are good the same problems blow over rather than coalesce into a hurricane. At a time when many counties are bringing on board an “outside” coach from another county I do not see any or many of these appointments helping to generate much success in their new location.

Why not have a consultancy in football helping a new manager? Go and say “that’s good”, “change that”, “what about if you did this”. Learn from experience. I do believe that football is missing that experience and knowledge. Playing golf with different people, I ask them what they do and they say “I was 25 years in business, retired, but I do a lot of consultancy.”Why doesn’t football also do consultancy?

Other businesses keep people who have been in the business a long time and use them in different ways. If Donegal are to defy the odds and flourish, I believe they need a course in the art of championship survival.

Donegal needs to be streetwise, is or was there a rigid manifesto for man marking? More a plea for tighter monitoring of opponents, whether its midfielders’ tracking runners, or defenders becoming more dutiful and dogged in sticking to a forward.

This is basic stuff which on occasions this year Donegal did not fully grasp. If there was a technical report on Donegal 2022 it would possibly read “Too cautious and not emerging from their passivity to have a crack”.

Dismay at Donegal’s demise in the championship this year should be partially offset by the team's display in the first quarter of our game with Armagh last Sunday week. This was football of the highest order and real football people would understand that Michael Murphy’s presence was a major factor in this show of attacking excellence.

To compare him to Rian O’Neill making an impact out the pitch for Armagh was not on because O’Neill’s teammates were winning nearly every personal battle, and O Neill is 10 years younger than Donegal’s captain.

As for Murphy, no leader can do it all himself. It doesn’t matter how experienced they are, how intelligent, or how committed. Every leader needs input from others to allow them to make the best decisions possible. 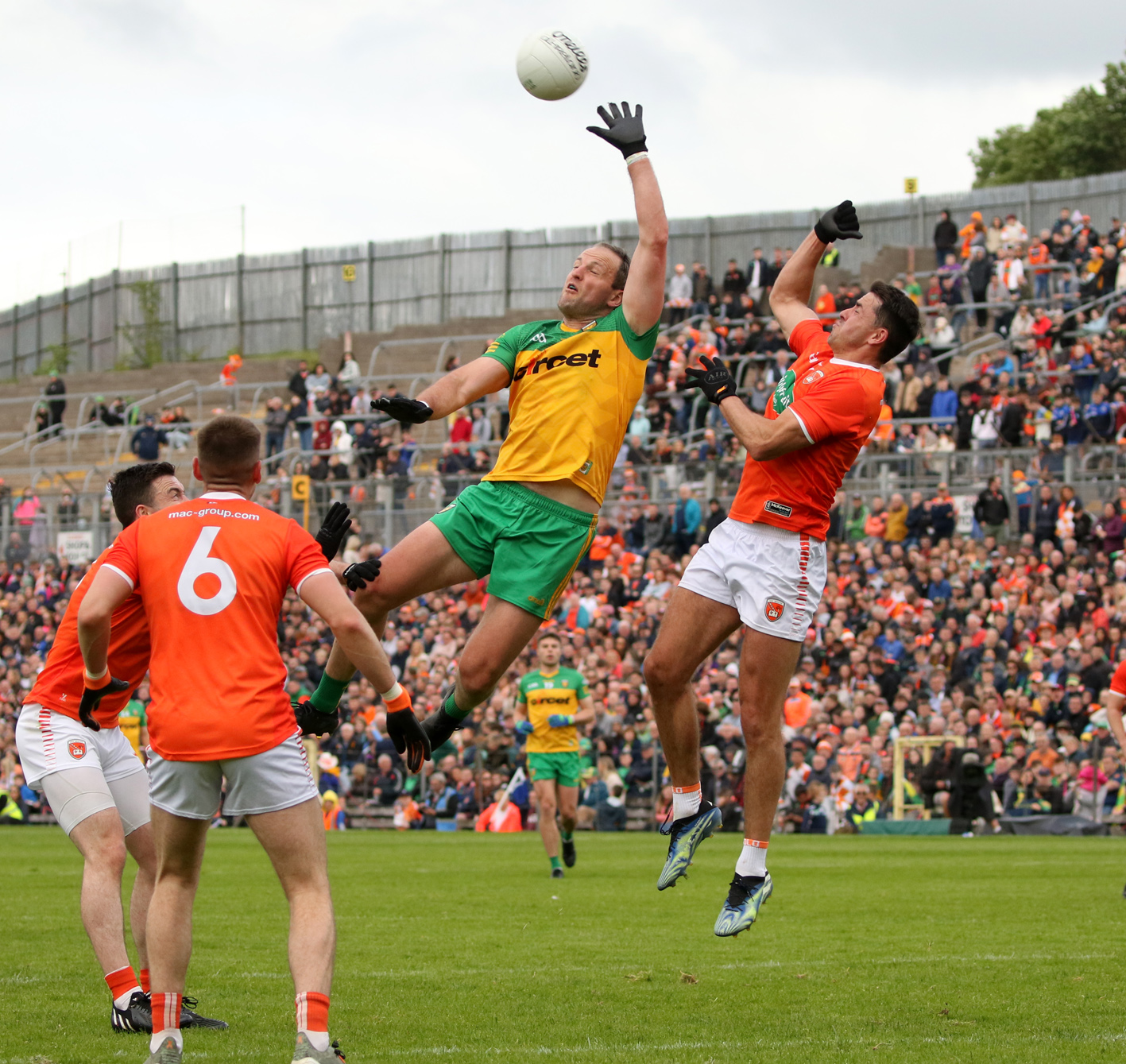 Michael has led Donegal with great distinction for many years, and he still has an awful lot to offer, but to consider relieving him of the captaincy, allowing him to concentrate totally on his game might be in his best interest.

Whatever the future holds he will go down in history as his county’s best player and our best captain. On an optimistic note Donegal still have an outstanding group of players including Brendan McCole, Peadar Mogan, Murphy, Eoghan Ban Gallagher, Ryan McHugh, Michael Langan, Patrick Mc Brearty and Shane O’Donnell - and while some of them did not excel this year, no county has a better squad than Donegal. Let us hope that when we get to reviewing the championship of 2023 our story will make good reading.

On behalf of all Donegal GAA people, I want to wish one of Donegal’s greatest supporters Dave Gallagher - Glenfin and Dubin - a speedy return to full health after he suffered a setback on his way into Clones for the Armagh game.

Dave was admitted to Cavan hospital, but I am delighted to learn that he is well on the way to recovery. A man as active as Dave will find it difficult to sit still for long but we all look forward to seeing him back supporting Donegal when county football resumes in the New Year.