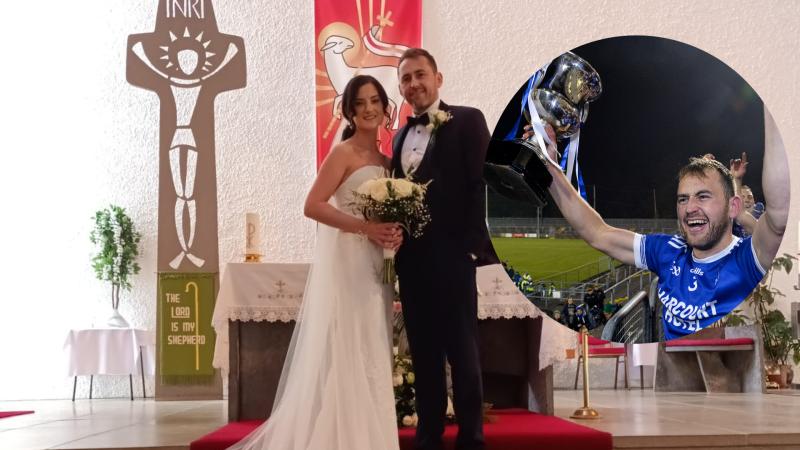 On Friday, at St Connell’s Church in Glenties, Naomh Conaill full-back AJ Gallagher married Roisín Bonner, with his brother Hugh the best man and teammate Leo McLoone groomsman, before they danced the night away at the reception at the Shandon Hotel.

As you do, on Saturday the wedding crowd were back in Glenties for the afterparty at Leo’s Bar and by Sunday all three were part of the Naomh Conaill panel as St Eunan’s rolled into Davy Brennan Memorial Park.

Hugh Gallagher and McLoone both started the match, which had a 6pm throw-in due to the graveyard mass taking place, with AJ on the substitutes’ bench, available if needed.

Naomh Conall’s Jeaic Mac Ceallabhuí was forced off injured only five minutes in and his replacement Daniel Gildea scored the home side’s goal before having to retire himself from the action with only nine minutes gone.

So, on came AJ - perhaps a little earlier than he might’ve expected - to put in a good shift for the remaining 51 minutes. Martin Regan’s side knew a victory would secure a place in the league final and came through on a 1-11 to 1-8 scoreline and will now take on either Kilcar or Aodh Ruadh for the Democrat Cup in three weeks’ time.

Before that though, AJ and Roisín will enjoy a well-earned break before they head off on their mini-moon to France next week.