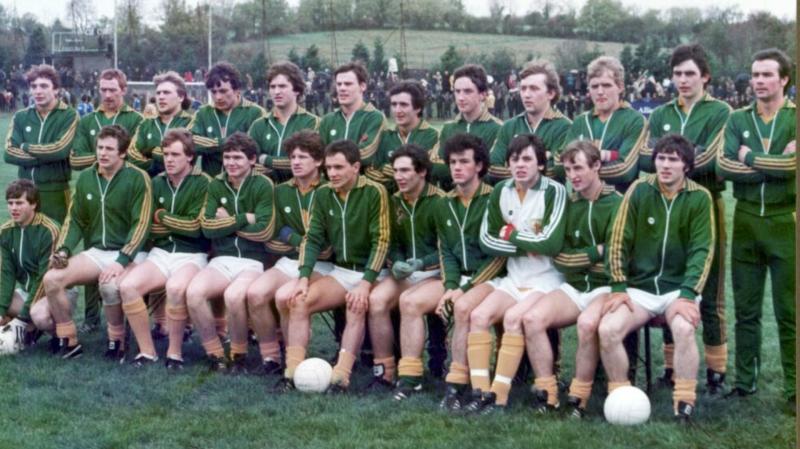 Forty years ago this September, Donegal’s U-21 side brought the first senior county All-Ireland title to Donegal and planted the seeds for the long-awaited 1992 capture of the Sam Maguire.

A small committee consisting of members of the management and players of that historic Donegal U-21 winning panel have agreed with the Coiste Chontae Dhún na nGall CLG to hold a re-union function on Friday, October 7, in the Abbey Hotel Donegal town, to honour the occasion.

Speaking this week the captain on that historic occasion, Brian Tuohy, said he welcomed the idea saying "it was difficult to realise that it is 40 years ago."

There has been great excitement with the news that this is going to happen, and he outlined that he had been in contact with the players and management and they are all keen to attend, and meet up once again.

There was some great footballers and no shortage of characters in the group and many of them went on to take part in the first visit of Sam Maguire to Donegal 10 years later, in 1992.

County chairperson Mick McGrath has met the group and fully endorses the re-union saying we must never forget the first inter county All-Ireland that came to Donegal. We have had some great moments since that day in Carrick-on-Shannon and I’m sure the local print and radio press will give it its due recognition. Tables of 10 are available at €1000 and individual tickets are available at €100.

You can order your tickets through administrator.donegal@gaa.ie or simply ringing Noreen Doherty at the GAA Office Convoy on 0749101409

A further announcement is due after the committee’s next meeting at the end of July.