“It’s sad to see the decline in recent years,” said Ed Byrne, the Donegal CCC secretary, of the reserve leagues following a spate of fixtures not taking place over the course of the season 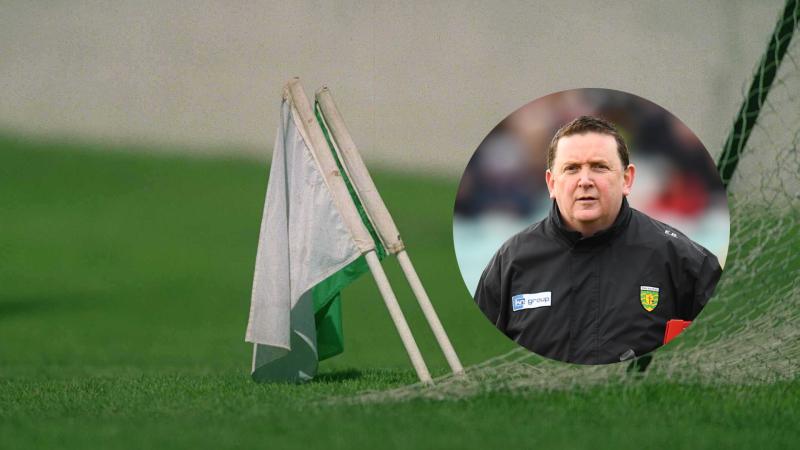 The secretary of the Donegal CCC (Competitions Control Committee) has said there is “a case for revisiting” conversations about the formats involved in the various reserve leagues in the county.

Ed Byrne says options must be discussed and has invited clubs to have their say on the matter after a campaign riddled with no-shows. This season, 31 reserves matches across the three divisions were uncontested, including 20 alone since June Bank Holiday weekend - with the issues primarily in the Division 1B and Division 2B.

During the 2020 season, leagues were regionalised and Byrne feels this offers the best chance of revitalising the competitions, while there is also an option of neighbouring clubs joining forces if struggling for numbers.

“We might well see regionalisations or amalgamations, or maybe even splitting the days reserve and senior football is played,” he said. “Since the pandemic we have reassessed and I don’t know if it will continue in its current guise. Would playing some fixtures in midweek work? Less travel and more local derbies? There is certainly a case for revisiting discussions.”

Certain clubs facing huge journeys - using the most extreme case as an example, the distance from Naomh Columba in Glencolmcille to Malin is 146 kilometres, a drive of two hours 20 minutes one way - with the the teams meeting in a reserve and senior fixture usually starting 90 minutes a apart.

“For some clubs in this day and age, it’s cheaper to pay the fine (€100 for not fielding in a reserve fixture and €250 for a senior game) than travel and a lot of reserve players are students,” Byrne added. “Petrol is not cheap if players travel by car, nor is the rental of a bus for the day if the club opt to take to the road by bus.

"I am one of the lucky ones," says departing Declan Bonner


“Clubs also must respect that any free dates they might require, we must be notified in good time. Some are not getting to us by deadline. Sometimes GAA is secondary to money-making activities taking place on GAA grounds. I understand that clubs need to raise funds after the last couple of years but I urge them to let us know if events are then being planned throughout the season at club grounds, as now, this information is sometimes but not always forthcoming.

“Calling matches off at short notice is a hindrance with knock-on effects for clubs, referees, basically anyone who has made plans around the original fixture. Walkover victories also eliminate the differential of score difference, if it’s needed, in league positions so that in turn can lead to the need for play-offs to be scheduled, which in turn, adds further strains to the calendar.

“It’s sad to see the decline in recent years,” Byrne added. “It had been suggested to start the leagues earlier to give more room but then some club groundsmen are against that with pitches not completely ready. There is also the fact that both football and hurling is being played by some clubs and players. There’s plenty of things we can look into.”
ADVERTISEMENT - CONTINUE READING BELOW