Killybegs strike late to survive and relegate Glenswilly to Division 2

In a dramatic relegation play-off in Glenties, Glenswilly looked to be in the driving seat for the most part only for Killybegs to muster up a comeback in the closing stages to save themselves 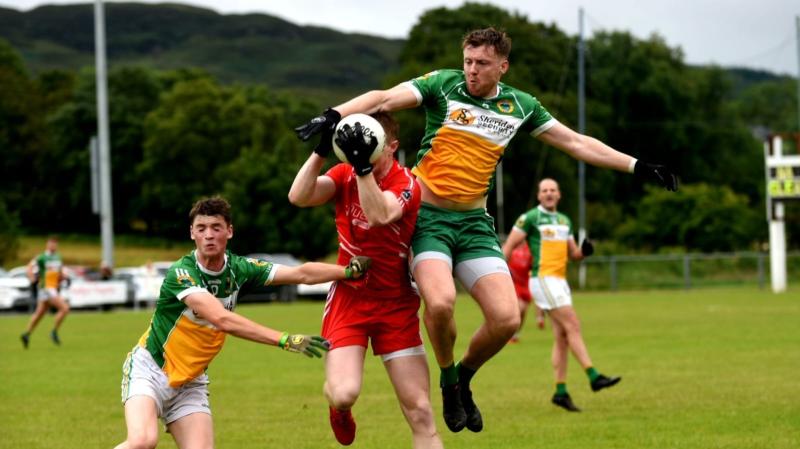 Killybegs showed true grit and grace after a stunning late comeback sent Glenswilly tumbling to Division 2 of the All-County Football League in a thriller at Davey Brennan Memorial Park, Glenties.

And Manus Boyle, Barry McGowan, Anthony O Hara and Shane Molloy's young men were full value for this shock result as they got the vital scores into the teeth of a strong breeze in the second half, coming from two points down late on to save themselves.

It was the bustling Jack McSharry in the 58th minute, who tore through the Glenswilly defence to hoof the winner over with his right boot to seal a memorable day for the Fishermen.

But they can thank youthful Conor Cunningham most of all for this victory as the boy with the golden left boot hit four superb long range frees - two from over 45 metres - to keep his side in touch as Glenswilly, who led for long periods, had most of the possession. 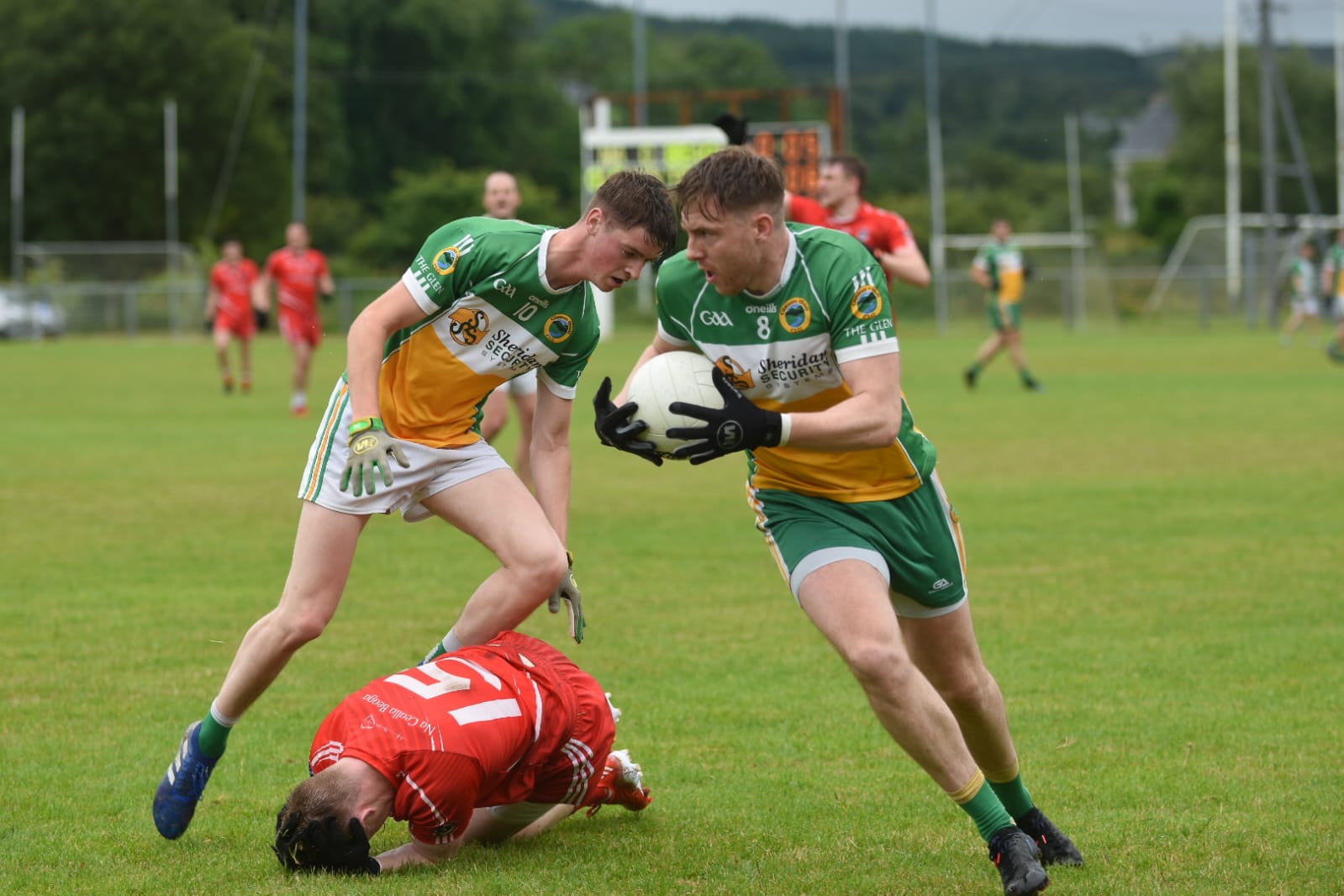 However, Killybegs also had an element of good luck when Christopher Murrin’s shot at goal in the 15th minute looked clearly wide and the umpire did not flag it. But he raised the flag after Kilcar referee Michael McShane consulted with both umpires
It looked bleak for Killybegs when two well-taken long range points from the Glenswilly’s two towering midfielders Sean Wogan and Caomhinn Marley sent them into a 0-9 to 0-7 lead nine minutes from time.

Both sides had nervously missed a number of chances including Michael Murphy at this stage. But, cometh the crisis and cometh Cunningham who hoisted over two great efforts into the breeze-the second coming from almost 50 metres out.

The opening minutes were predictably cagey with Glenswilly playing into the considerable wind and looking the much better side.

They eased into a three- point lead from Gary McFadden and a Murphy pointed free and a great left-footed effort by the 13th minute. Killybegs finally shook themselves and got off the mark through Christopher Mulligan and then we had Murrin’s controversial score.

John Ban Gallagher levelled matters in the 20th minute and Cunningham gave Killybegs a brief lead as his pointed free was their fourth score in a row.

But the lead was short-lived as Murphy nailed a great 45 into the breeze and Marley pushed Glen back in front as half-time beckoned. However, McSharry tied matters with a pointed free for Killybegs to make it all square at the break.

Glenswilly turned over with the wind on the resumption and team captain Cormac Callaghan edged them in front with a fine effort in the 39th minute. Jack Gallagher setup Murphy, who made it 0-7 to 0-5 by the 47th minute. But classy Cunningham then hit the first two of his four mammoth points on the trot, and he also negated two well struck efforts from Wogan and Marley to set up a frenetic finish. 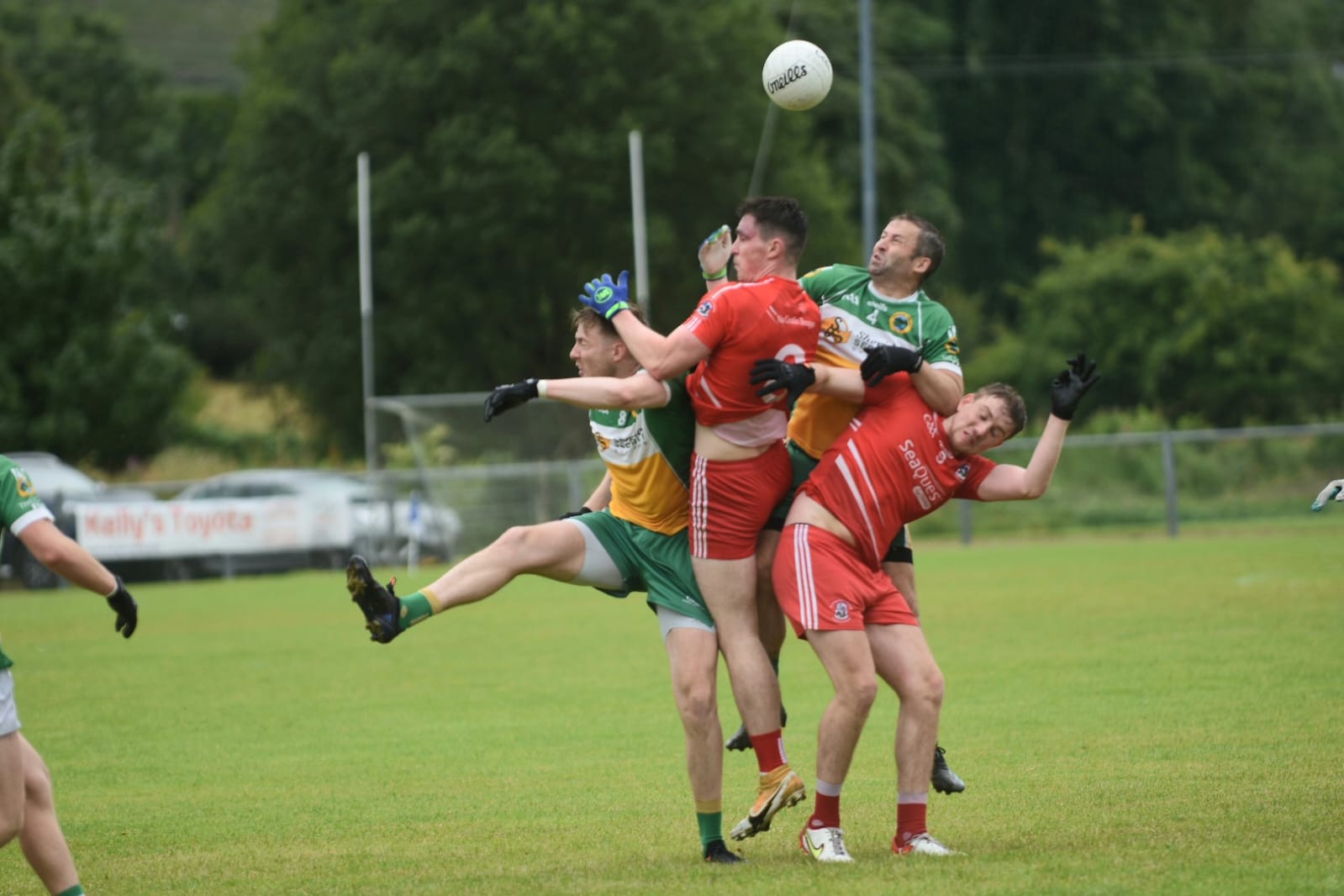 The final minutes were hectic, but the momentum was with the youthful Killybegs who won a few vital 50/50 balls around the middle before McSharry’s late winner. Glenswilly pressed hard for an equaliser, but Killybegs hung rough for an exciting and deserved victory.